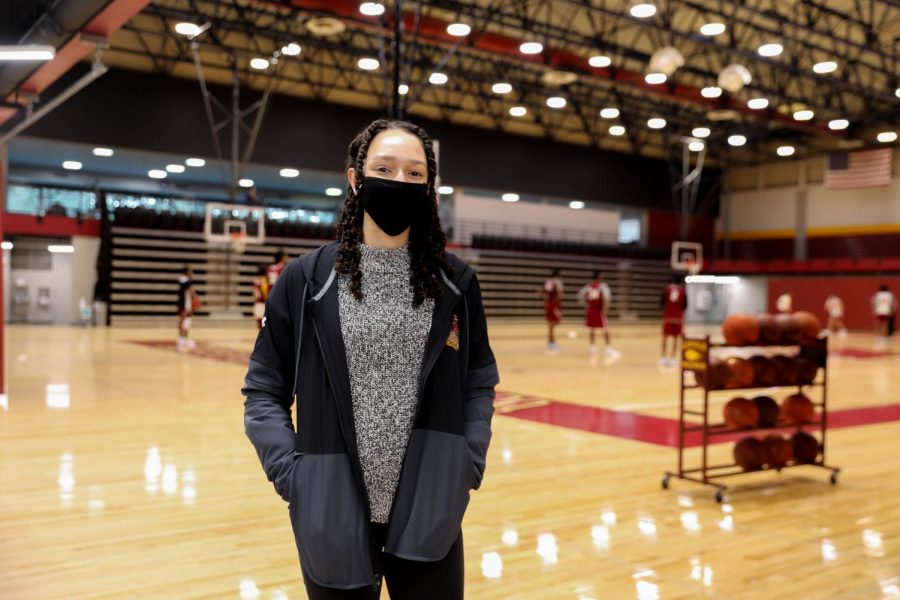 Loyola’s new assistant athletic director Damali Thomas is a jack-of-all-trades when it comes to sports administration.

Before she made the move to the Big Easy, Thomas had an array of jobs in sports operations. For the past two years, Thomas has been the director of operations for the Intercollegiate Men’s Lacrosse Coaches Association. Thomas was in charge of the day-to-day operations, membership for the association and handled its social media presence.

“I’m really excited to be here, I think this was a great opportunity, especially for my career,” said Thomas.

As the new assistant athletic director, Thomas will be overseeing the day-to-day operations at the University Sports Complex and Wolf Pack Athletics. Two things Thomas wants to focus on with Wolf Pack Athletics are communication and organization.

“Not that it’s an issue here, but I want to expand on that,” Thomas said. “Create a better relationship with student-athletes and non-student athletes, really encouraging everyone on campus to come out and participate, and really be a part of the athletics program.”

While Thomas was an undergrad at Huntingdon College in Mountgomery, Alabama, she was a student-athlete, playing basketball and running cross country for the Hawks.

Loyola was on her radar when she spent the spring semester of her senior year as a Championships Intern for the Southern States Athletic Conference, where she organized multiple conference championship events. The commissioner of the conference called Thomas to see if she would be interested in the position at Loyola.

“He talked to Brett Simpson and found out they were opening this position, so he recommended me,” said Thomas.

After being around several different athletic programs, Thomas is looking forward to seeing post-COVID Loyola athletics.

“Just being able to see everyone’s games in person, once we get past COVID, that’s the biggest thing. Really being able to see the interaction between students, professors, and everyone on campus getting to do things on campus,” Thomas stated.

After her first week with the Wolf Pack, she said she is trying to learn as much as she can and prepare for what is coming up.

“It’s just a lot of onboarding and learning the system and making sure I have a good feel for everything we have done,” she said.

Thomas says that she’s excited to be a part of the Wolf Pack and that she’s looking forward to helping the Loyola athletic department meet its goals.

“I’m pretty young, I think it was a huge thing to be able to get a position like this. So I really wanna put my best foot forward,” Damali Thomas said.