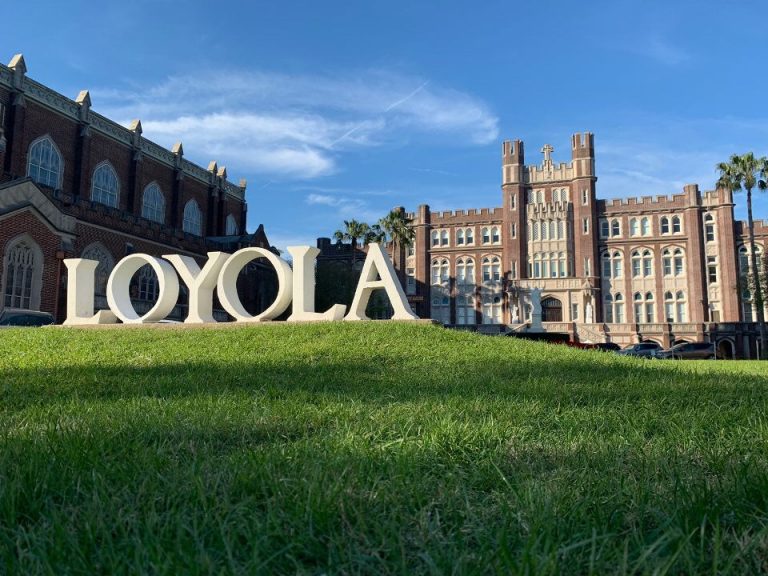 Loyola seniors expressed their relief in learning that the 2021 commencement ceremonies scheduled for May 14 and 15 will remain in-person.

In an email to seniors last week, University President Tania Tetlow said Loyola will be holding in-person commencement on campus, but will have to get creative, possibly hosting several separate ceremonies, since one ceremony with thousands of guests and students isn’t possible.

In a focus group of graduating seniors led by Student Affairs, President Tetlow and other attendees heard “loud and clear” that students want in-person celebrations and would like traditions preserved as much as possible, according to a university statement.

Having the commencement ceremony on campus gives the university the ability to adapt to changing COVID-19 regulations, the statement said.

Even though commencement won’t be one ceremony, Will Ingram, mass communication senior, said he is excited to be able to walk at graduation.

“I think that the move to do it on campus and in groups is a great way to accomplish the goal of hosting a commencement ceremony,” Ingram said.

Shelbi Copain finished her last semester as a musical theatre and mass communications student in December and said she is relieved to graduate in-person after finishing her time at Loyola completely online.

“I just want to be able to walk across the stage and receive the diploma I have earned,” she said. “I am relieved to hear that they are making a valiant effort for an in-person ceremony.”

SGA president and senior Freedom Richardson said he would have preferred to graduate with all of his peers but understands the decision to follow New Orleans and CDC guidelines by having smaller ceremonies.

“Despite the change in circumstances, I have no doubt that the graduating class of 2021 will celebrate just as proudly,” he said.

President Tetlow’s initial email to seniors said she wanted to give them a bit of certainty in these uncertain times about graduation. However, many aspects of commencement remain uncertain at this time.

“We are still working on a number of details related to the celebratory events including exact times and locations, numbers of guests, and speaker,” the university said. This information will be available to students as soon as possible, according to the statement.

What campus commencement ceremonies will look like will depend heavily upon COVID rates, vaccination rates and restrictions facing the city in May, according to the university. This will require spreading out creatively in smaller groups for social distancing, the statement said.

Though details remain uncertain, Copain said she hopes the university will remain honest and open with graduates in the coming months.

“We have been through enough this past year, and we want to know that graduation is a priority,” she said.