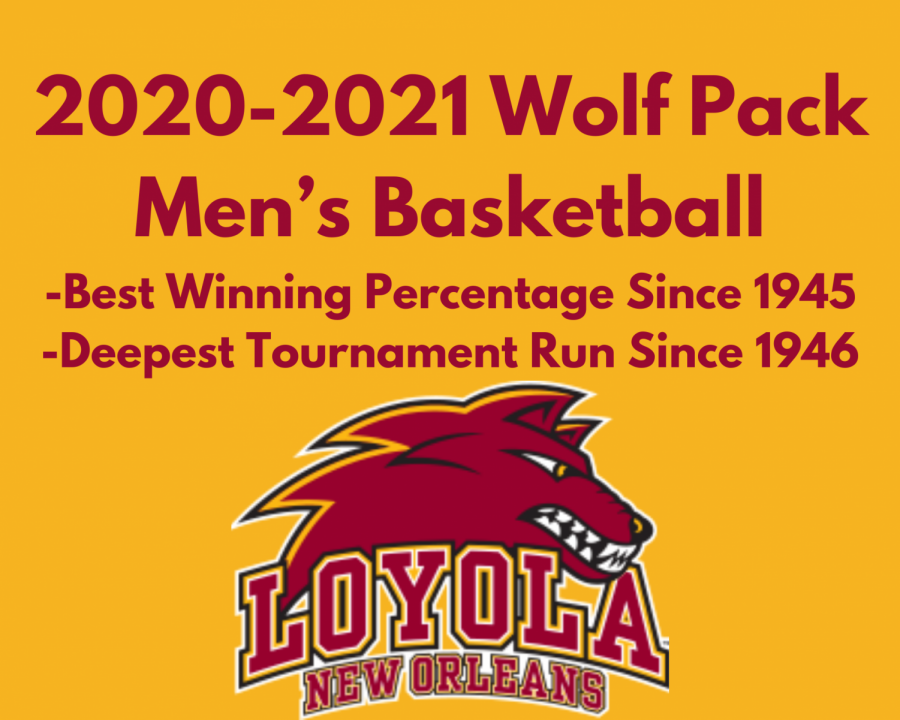 Loyola’s men’s basketball team lost in overtime to Lewis-Clark State 70-75 in the quarterfinals of the NAIA National Championship Tournament. This marks the deepest national tournament run for the program since 1946.

Senior Andrew Fava sent the game to overtime when he came off a Zach Wrightsil screen to hit a double-clutch three to tie the game 69-69 with 10 seconds left in regulation. Wrightsil led Loyola in scoring with 27 points on 12-22 shooting. The junior wing also contributed 10 rebounds and two steals.

Junior Myles Burns also had a double-double with 13 rebounds and 17 points.

After losing in the semifinals of the SSAC Conference Tournament, the Wolf Pack advanced farther than any other SSAC team in the national tournament.

Lewis-Clark State will face the winner of Southwestern Assemblies of God University and Carol College in the NAIA final four.