City transit systems are changing in favor of commuters 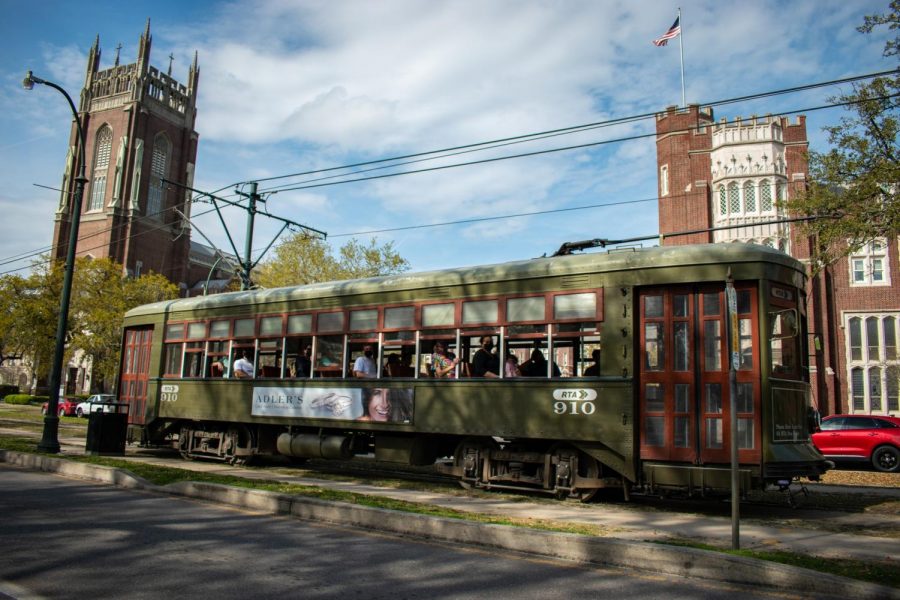 The St. Charles streetcar passes in front of Loyola's campus. Based on their new equity goals this year, RTA is beginning a new plan to increase their connectivity to other parishes to give more accessibility to those who need public transportation the most. Photo credit: Maria Paula Marino

Change is coming to transportation in the Greater New Orleans Area. The Regional Transit Authority is using information from a 2019 study that will help to connect transit routes in Orleans and Jefferson Parish to shorten riders’ wait times.

RTA began the New Links study in 2019 to analyze the current transit system and redesign it within the Greater New Orleans area. RTA Communications Manager, Arian Randolph, said the New Links program’s goal is to improve regional connections between farther areas of New Orleans, such as New Orleans East and the West Bank, as well as inter-parish connections based on the information they received from the study in 2019.

According to RTA, the public had opportunities during the study to provide input throughout the process as the New Links team meets with riders, community groups and neighborhood organizations to understand the public’s needs.

“The plan was built with equity as its foundation, so the changes are focused on improving transit service for people most dependent on it,” said RTA Communications Manager, Arian Randolph.

She said that the planning team, composed of RTA and the Regional Planning Commission, placed an intentional focus on compiling rider and stakeholder feedback on the system, pain points and suggestions for improvement from a series of surveys and public forums.

“Surveys were conducted onboard vehicles to ensure the agency received feedback from a diverse cross section of rider demographics and travel patterns,” said Randolph.

“The new transit network will make it easier for students to get and from school and to other opportunities. The network significantly improves connections to the region’s major job centers and universities,” she said.

Crystal Roa, president of Loyola’s commuter student association and a commuter assistant, said she hopes RTA alerts people to these upcoming changes that can impact their commute for the better.

Freshman commuter Racquel Picou said that if this potential change is executed correctly, it could most definitely alleviate some of the stress following transportation.

“As a commuter assistant, I can say that my commuters and peers, often complain of the long wait times and sometimes the absence of the bus, creates issues for the students,” said Picou.

Roa said that the new transportation network will help improve student’s commute, especially by streetcar, however, she and Picou do have reservations.

“My concern will be on how long this will last because sometimes it would be so great in the beginning but then it can fall and just return to where they were before,” Roa said.

Picou said her freshman year was difficult for her and her friends while commuting.

“A lot of us live in the lower socioeconomic districts on the other side of the city. It would take upwards of 2 hours, with factors like weather, bus maintenance, and surprises. So if you had morning courses you had to start commuting early,” said Picou.

While Loyola did meet her educational expectations, Picou said there was a lack of resources that were promised.

“Many commuters I’ve talked to said that while touring Loyola they were told there were multiple resources for transportation, such as a shuttle, bus passes for those that could not afford it, and safety tips for traveling. But when seeking them they were either nonexistent or out of commission,” Picou said.

Based on the New Links study, RTA and transit lines across the area hope to improve neighborhood connectivity as well, improving resident access to destinations within their communities, and not just destinations downtown or in other parts of the city, said Randolph.

“With COVID and less requirements to be on campus, the issues were assuaged temporarily, but as I’ve seen no changes overall. I fear it may return to normal or may be worse for our underclassmen and those that struggled before,” said Picou.

Randolph said the team is currently working to implement some of the transit network redesign within 2021.