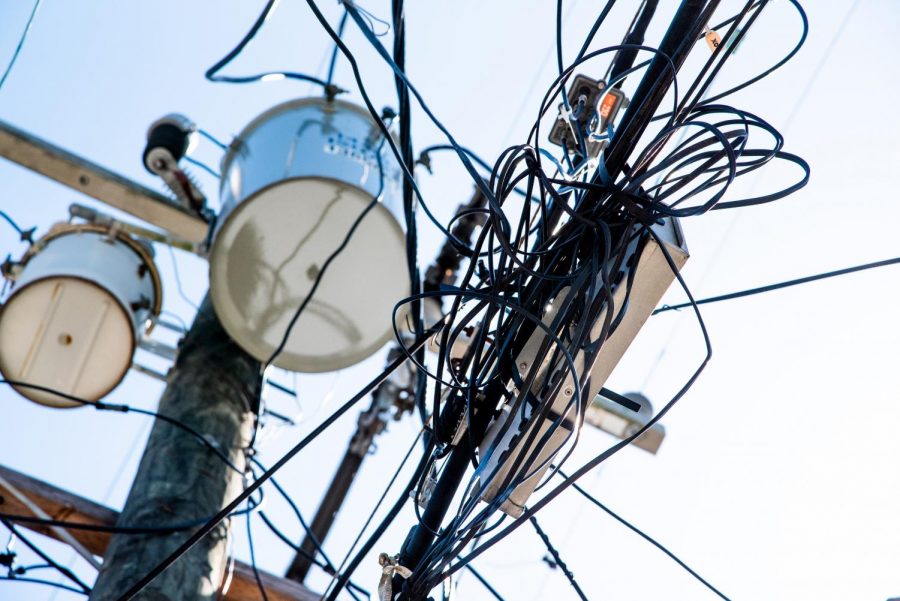 A tangled bunch of wires hangs from a pole in Carrollton. Recently, many Entergy customers have reported rising costs of electric bills. Photo credit: Michael Bauer

Electricity bills are rising across New Orleans, causing anger and concern among residents and consumer advocates.

Charlie Coulter, a junior English major at Loyola, said her last bill from Entergy was significantly more expensive than usual.

“It went up quite a bit, which is unfortunate,” she said. “It has been weirdly expensive considering the not-so-different use of energy in our home and considering we’re very conscientious about how much we use.”

Coulter is not alone. Customers across the city have been complaining on social media and, according to Entergy spokesperson Maleiya Porter-Jones, directly to Entergy about spiking bills.

Customers’ complaints have led both the New Orleans City Council and the Louisiana Public Service Commission to begin investigations into recent billing. The council also issued a moratorium on power shutoffs and late fees that lasts until May 15.

Logan Atkinson Burke, executive director of the Alliance for Affordable Energy, a New Orleans-based organization that advocates for consumers throughout Louisiana, said that electric bills have risen everywhere in New Orleans and in most of the rest of the state as well.

Porter-Jones said that higher bills can mostly be explained by higher usage during months with more extreme temperatures.

“Some of the increase can be explained by cold weather, but some of it is also due to power plants that are inefficient or are down because they haven’t been built to withstand the cold,” she said. “And then some people are seeing increases that we can’t explain at all.”

Porter-Jones declined to elaborate on potential other reasons that bills might be rising besides the weather, but she did say that customers who are struggling to pay their bills should reach out to Entergy.

“The company also has created payment assistance options for those who may be struggling to pay their bills including deferred payment arrangements for up to 12 months,” she said.

Coulter said that she is worried that this problem is going to continue to get worse for a long time as climate change makes extreme weather more common.

“I think utility companies are just gonna see it as a money-making opportunity,” she said.

Burke said she feels government intervention may be the solution to residents’ woes.

Coulter, for one, is not holding her breath.

“I hope so,” she said, “But I don’t have a lot of faith that the government’s going to help people, especially here in Louisiana.”