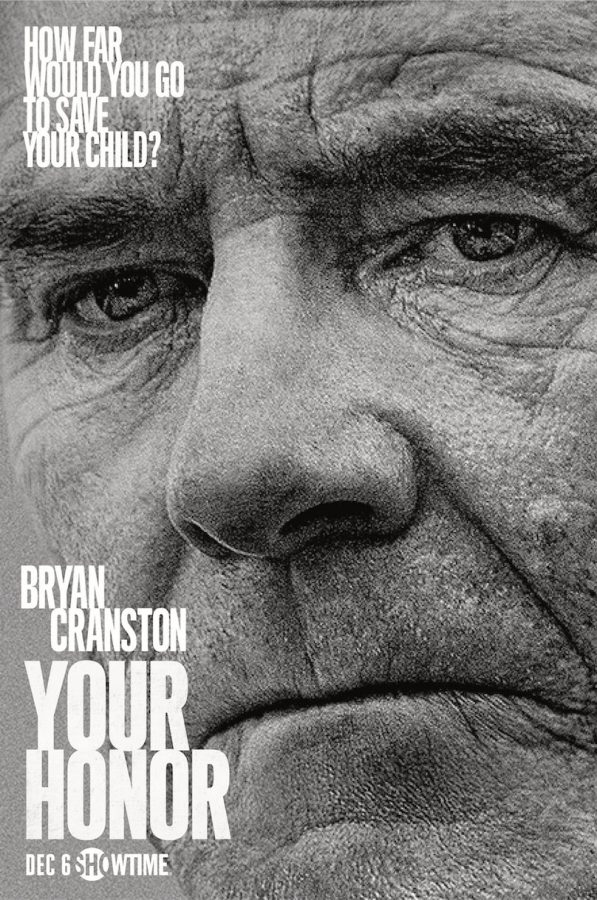 Showtime’s limited series “Your Honor” takes a hard look into how racial prejudice impacts the justice system of New Orleans, revealing truths and constantly keeping viewers on the edge of their seat.

It tells the story of a righteous New Orleans judge, played by Bryan Cranston, who is forced to go against everything he knows when he learns that his own son is the perpetrator in a hit-and-run that left another teenager dead. The crime drama takes viewers right through the deception and heartbreak that follows as a result of the accident, as well as the consequences that come from the victim being the son of the local mafia kingpin.

Widely known as Walter White in the AMC series “Breaking Bad,” Cranston takes on the role of Judge Michael Desiato, who is known as a distinguished and justice-seeking man above all in the courthouse and around town. Confronted with the truth of what his 17-year-old son Adam has done, Judge Desiato’s morals are put to the ultimate test when he learns the victim’s last name before deciding that the truth cannot come out.

While audiences witness the rollercoaster of emotions Judge Desiato rides in order to keep Adam safe, it becomes undoubtedly clear that Cranston’s portrayal of the complex character does him great justice. The Emmy Award-winning actor’s versatile emotional range allows him to be everything Judge Desiato needs to be if he wants to keep his son out of harm’s way. Cranston drives the series with force and gives insight into the mind of a man put in an unthinkable situation.

Alongside Cranston is up-and-coming actor Hunter Doohan taking on the role of Adam. Only having appeared in a handful of productions before “Your Honor,” Doohan impeccably portrays the soft-spoken high school student making it nearly impossible not to empathize with him despite his mistakes. A high school senior who has a passion for photography, Adam has to take on the undeniable stress that comes with being months away from graduation, on top of his all-consuming guilt over walking away from the scene of the hit-and-run. His father having influence in the courthouse eventually becomes a part of the trials that aid in covering up the incident.

As person-after-person gets caught in the crossfire of Adam’s faults, tensions build in every one of the ten episodes never allowing for a dull moment. Every scene is unpredictable and suspenseful without being overwhelming. “Your Honor” excels in its ability to keep the plot exhilarating at all times which constantly holds the viewers on the edge of their seat at all times.

Among the many aspects of the series that make it so appealing is its setting of New Orleans, as well as its heavy influence on everything that takes place. Local shops and restaurants are common places of setting throughout and black culture is highlighted through the music, cuisine, and overall importance of the community that makes New Orleans what it is.

Creators made sure to emphasize the importance of the city’s culture in the narrative and it shows. While the core values of New Orleans are shown through Michael’s willingness to stay loyal to his son, they are also evident through the actions of the organized crime family on the opposite side of this battle. Everyone is committed to sticking by their people regardless of what it will cost them.

As time carries on and secrets are revealed, the issue of police brutality and systemic racism are also brought into light in a painfully truthful way. “Your Honor” is not light in its transparency about how White privilege works in favor of its perpetrators, guilty or not. Adam and Michael’s situation is a perfect example of this. Scenes showing how unjust the police, the judicial system and the New Orleans mafia treat Black individuals are far from sparse, and they send a strong message to those watching. While it can be hard to watch for some at times, the brutal reflection of how today’s society views black individuals, even in a city built on Black culture, is necessary and will resonate with anyone who comes across it.

Entertaining, intellectually stimulating and brutally honest all at once, this show is sure to move viewers to their core. Made up of a talented cast, a thrilling plot and a powerful message, it will not disappoint.