Students save Orleans Room leftover food to be donated 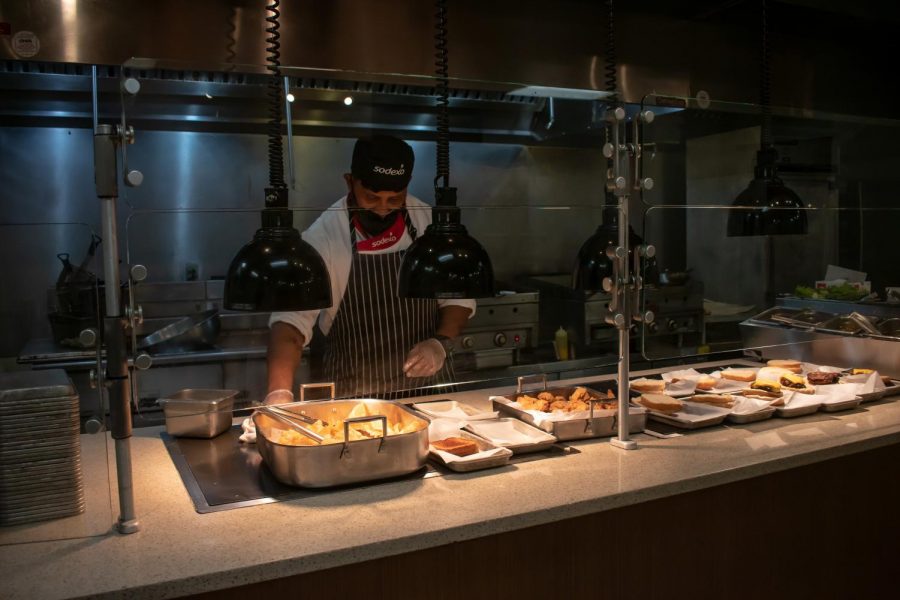 Loyola student-run Food Recovery network was established to address the food waste on-campus. Currently, the leftover food is packaged and donated to a Christian non-profit organization, the New Orleans Mission.

Event coordinator Sasha Solano-Mcdaniel, sociology and Latin American studies senior, co-founded the chapter her sophomore year of college after conversations in a food culture class about issues with sustainability and American food culture.

“Food waste is such a prevalent issue not only among dining halls but also among food vendors,” Solano-Mcdaniel said. “It definitely has made an impact on Loyola’s sustainability.”

“We package about 50 pounds of food every day, so it truly makes all the difference,” Einstein said.

In a non-pandemic year, the group recovered 70 to 80 pounds of food a night.

“You only have to do food recovery one time to see how much food is typically wasted just one day in the OR,” Solano-McDaniel said.

Since its inception, the chapter has saved about 19,630 pounds of food, according to Manager of Stakeholder Engagement for the National Food Recovery Network Cassie Olovsson.

Loyola’s food recovery is equivalent to about 16,358 meals donated, according to Olovsson.

The Food Recovery Network was founded in 2011 by a group of University of Maryland students who recovered surplus food from their dining hall to donate it to those experiencing hunger in their community.

The organization has grown to recover about 4.9 million pounds nationally and reaching about 200,000 unique individuals per year, according to Olovsson.

“Our mission is really to ensure that food is not wasted and that people have access to healthy, nutritious food,” Olovsson said.

Approximately 18% of people living in Orleans Parish are food insecure, according to a report from Feeding America.

Einstein said food insecurity in New Orleans has been linked to environmental racism because it predominantly impacts people of color.

“Those in a low-income neighborhood generally don’t have access to fresh foods or grocery stores that sell produce,” Einstein said.

New Orleans Mission Director of Food Service John Proctor said that for those who are food insecure, nutritious food has been hard to find.

Proctor said that the proteins and vegetables provided by Loyola has made their donations valuable to the New Orleans Mission.

Operating mainly on donations, the mission dishes out meals seven days a week, three times a day. According to Proctor, Loyola constitutes to 600 to 750 meals a week and approximately 10 to 12% of the mission’s donations in conjunction with Tulane.

Proctor said he was impressed that Loyola’s food recovery was student-initiated because he said that working with Sodexo to allow food recovery “wasn’t an instant process.”

“I was really struck that the students really wanted to do it,” Proctor said. “It speaks highly of them.”