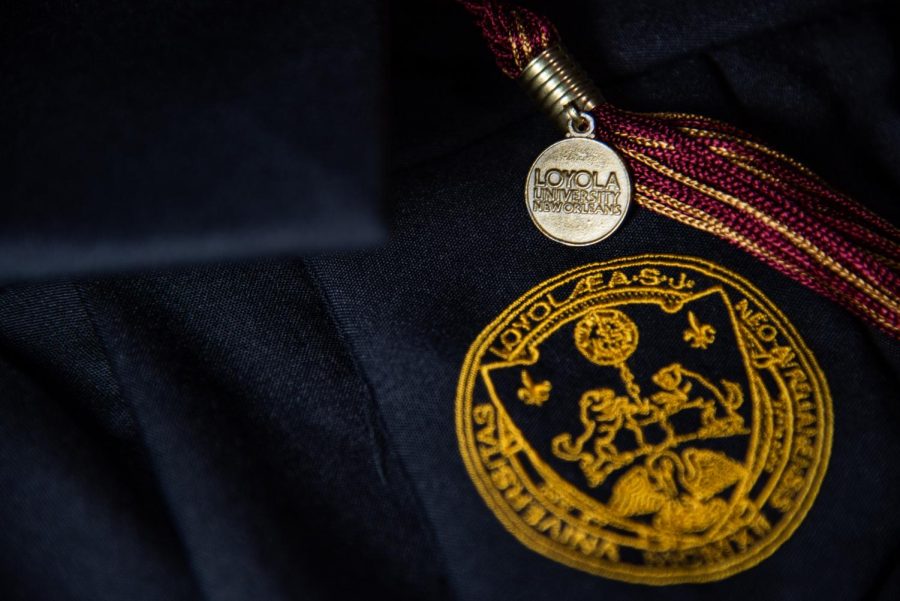 A graduation tassel lays across a gown decked out in Loyola's emblem.

Loyola’s commencement is moving to the UNO arena, after the university’s initial plans for a drive-through ceremony sparked frustration and anger among many graduating seniors.

According to a university statement, this decision was made because the number of graduates in each college do not divide neatly into four groups.

Students will be allowed four guests at the commencement ceremony and the event on Saturday will also be live-streamed. The virtual speeches that were planned for a Friday on-campus ceremony will now be shown at the UNO commencement event.

“This way you can gather with peers from your college on Friday and friends whose names are close to yours on Saturday,” University President Tania Tetlow said in an email about the plans.

On Friday, May 14, the university will host masses by college in Holy Name Church. Students will be allowed four guests at these ceremonies. Students and their families will be encouraged to “wander around campus” after the masses so that faculty, families and friends can mingle, in place of the former plans for an on-campus parade.

“For some of you with the later ceremony, I imagine this means last minute travel changes (hopefully still with full flexibility from the airlines). I can’t tell you how much we appreciate your patience, and how many of you have also told us that you will roll with the circumstances whatever happens. We’re in this together my friends,” Tetlow said in the email.

Students are asked to complete a  sign up form to tell the university what events they plan to attend.