“The Father” review: Hopkins’ sublime performance goes for the throat 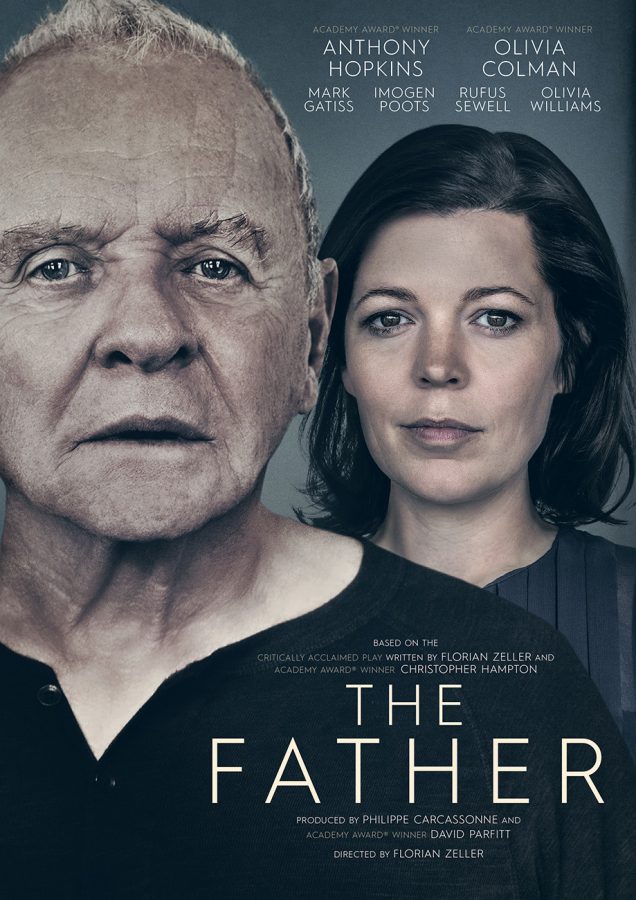 Sometimes, a great actor can still surprise. It’s an exquisite treat for the viewer who knows the aforementioned performer’s body of work well: an instance of pure, revelatory pleasure and, in this case, gut-punching pathos. That’s Anthony Hopkins in “The Father.”

Nominated for six Oscars including Best Picture, “The Father” is a masterful and devastating portrait of a mind drifting headlong toward the neurological abyss. Hopkins plays Anthony, an old man who struggles not only against the loss of his mental faculties, but the efforts of his daughter Anne, played by Olivia Colman, to provide him proper care.

The film does not share precisely how many of Anthony’s potential caregivers have come and gone as director Florian Zeller plunges us into the narrative. It’s clear, however, that Anne is reaching a breaking point with her father’s increasingly erratic behavior.

To make matters worse, her partner Paul, played with cruel charisma by Rufus Sewell, seems to have passed the point of caring for Anthony’s welfare long ago. He’d just as soon see Anne’s unraveling father in a nursing home or worse –– at least that is Anthony’s perception of what’s happening. And here’s where “The Father” gets really interesting. It’s a film that invites –– that shoves –– us unmercifully, into the realm of unknowing, right alongside its protagonist.

Based on his own Tony award-winning play, Zeller’s excellent script (co-written with Christopher Hampton) tells the story from Anthony’s dementia-riddled perspective: characters change appearances. The same event occurs in repetition with different outcomes and responses. Time becomes nebulous. The film’s London flat location exists in a state of near-constant flux –– if that’s actually where we are at all.

“The Father” is a portrait of man being reduced to shadow and the shadows of a life he can no longer define or understand. It’s a daring choice and a savvy one, too, as the audience is forced to engage to truly understand what’s real, who’s who, and where precisely we are in our protagonist’s brutal and heartbreaking journey.

At its fierce, pounding heart is Hopkins. He slides with disarming ease from charming and funny (in one scene, he tries to convince Laura’s prospective caregiver that he was once a professional dancer) to wholly lost in seconds, from a steely-eyed patriarch to a frightened child on a dime. This is Sir Tony at his finest, and I don’t say that lightly.

Zeller’s direction rightly trusts his script and actors to do the heavy lifting, and the formidable supporting cast all have banner moments. This may be Hopkins’ best work, certainly his best in a good while, a towering, late-career master class of a performance as achingly poignant as anything you’ll see on screen.

“The Father” is an unflinching rumination on the most terrifying of diseases, one that comes with the very loss of self. Zeller’s film explores Anthony’s tragic plight with empathy, grace and the sheer brute force of Hopkins’ astonishing, immersive portrayal. Be warned: if you’ve ever been touched by the tragedy of dementia, this film could wreck you.

“The Father” is now available on demand.