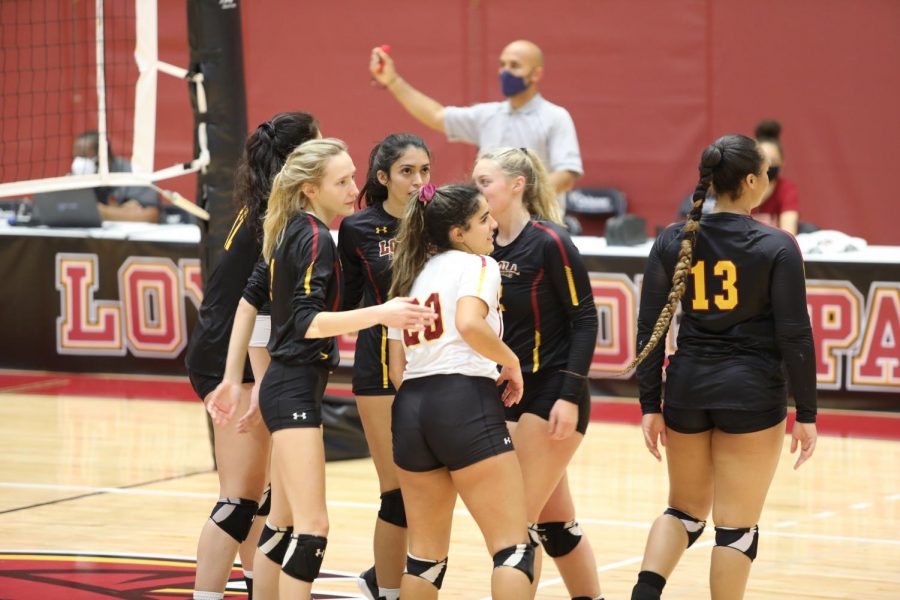 The Wolf Pack volleyball team gathers during a March 13 victory against Brewton-Parker. Loyola advanced to the SSAC Championship Game for the first time in program history on Saturday. Hannah Renton/The Maroon

The team lost to the University of Mobile 1-3 in the Southern States Athletic Conference Volleyball Championship Finals match.

The Wolf Pack needed to beat the Rams twice in a row in order to win the double-elimination tournament and bring home the program’s first SSAC championship.

Loyola beat Mobile 3-2 earlier in the day to force a second match, but they came up short, losing in the second game.

The Wolf Pack lost to the Rams in the second game of the tournament Friday morning before rattling off four consecutive victories to advance to the Championship Round.