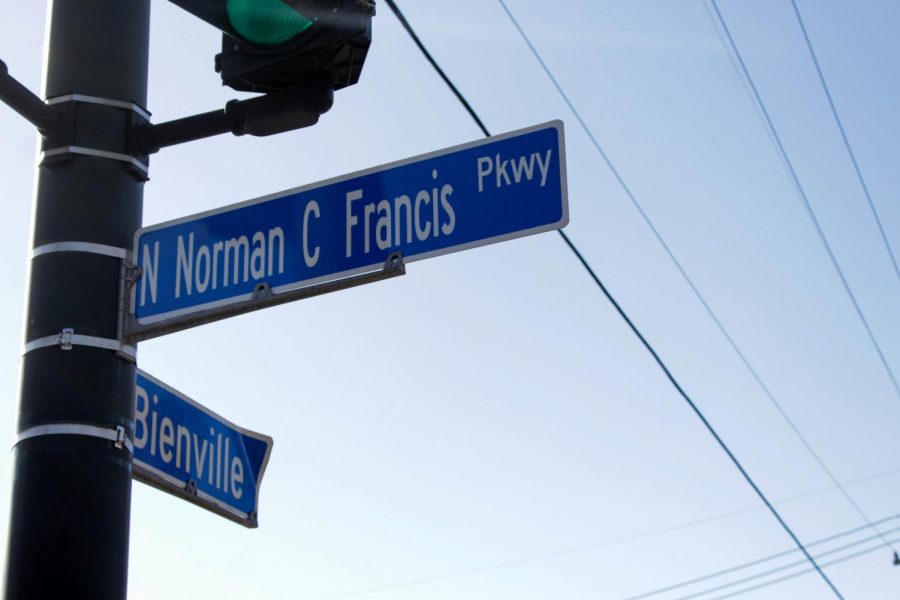 Loyola alumni Karl Connor and Sue Mobley are at the forefront of the movement to rename New Orleans streets, parks and public places with names currently rooted in Louisiana’s Confederate and segregationist past.

As the chair of the New Orleans City Council Street Renaming Commission and co-chair of its panel of experts respectively, Connor, a Loyola law graduate, and Mobley, a 2003 Loyola graduate, have worked to identify 37 different street names that honor white supremacists. These street names range from members of the Confederate military to those who helped to pass the housing segregation act of 1924 in New Orleans, as outlined in the commission’s final report.

Connor said the ordinance for the commission arose in the aftermath of the killing of George Floyd in the summer of 2020, as well as after the decision to change Jefferson Davis Parkway to Norman C. Francis Parkway. But conversations about New Orleans’ Confederate past are nothing new. In 2016, Take ‘Em Down NOLA and other groups rallied for the removal of Confederate statues.

“The issue itself is not new to particularly Southern cities, but these street names and monuments to Confederate leaders exist all around the country,” he said.

This also isn’t the first time streets have been renamed in New Orleans.

Justin Nystrom, associate professor of history at Loyola, said Berlin Street was renamed General Pershing Street during World War I because of anti-German sentiment, and St. Claude Street was renamed for Sister Henriette Delille because the city wanted to honor a local with ties to the neighborhood. He said some street names have even been changed over the years as a result of name duplicates.

These changes weren’t a result of the original names having White supremacist ties, but Nystrom said recently, “a lot of the move has been to ‘de-Confederatize’ the landscape.”

“In general, the need for these types of committees is rooted in patriotism first. Why would we in the U.S. honor people who were treasonous?” Connor said.

In the process of deciding on names, Connor said the commission engaged with the public library, historians and various experts to discern which streets fit the renaming criteria as well as whose name would be best suited to replace the originals. The panel of experts provided the commission with three suggestions for renaming these streets, parks and public places based on criteria such as connection to the neighborhood and New Orleans history, according to the commission’s final report.

From there, Connor said the commission held education sessions with the public and spoke with neighborhood associations to get public suggestions and opinions on the proposed names.

Mobley said she was happy that the pandemic gave the public the opportunity to participate in the discussion online because it gave people the chance to weigh in who otherwise may not have been able to take off work for a lengthy meeting.

After these public meetings, the commission narrowed its renaming suggestions to one per street, park, or public place and submitted its suggestions to the City Council.

Although Connor said the renaming movement has received a lot of support, he said that some critics have alleged that the process is simply swapping White street names with Black ones instead, but that that was never the commission’s goal and isn’t reflected in its final list of recommendations.

“It was intended to be an honest look at these places and then people who had a nexus to the areas who had stories that were more admirable and should be told,” he said.

There are at least 10 non-African-American individuals on the final list of recommendations, according to Connor. Connor said critics of this process have also cited nostalgia and that renaming streets can be more divisive than uniting as reasons for not wanting change.

“What’s going on is this is an attempt to bring people together on an even field to talk about things that have caused division, both economically and racially,” he said.

“There are people who don’t want things to change because change is uncomfortable,” she said.

For those concerned about more administrative changes should their street be renamed, she said that early on, the commission discussed creating a fund to help businesses and lower-income individuals go through some of the changes that are more difficult.

Other critics of this process have said renaming streets and removing monuments is erasing the history of New Orleans.

Mobley and Connor both noted that this statement isn’t true.

“We are reinserting richer stories of more people and truer histories back into the narrative and that’s not erasure,” said Mobley. “That’s expansion.”