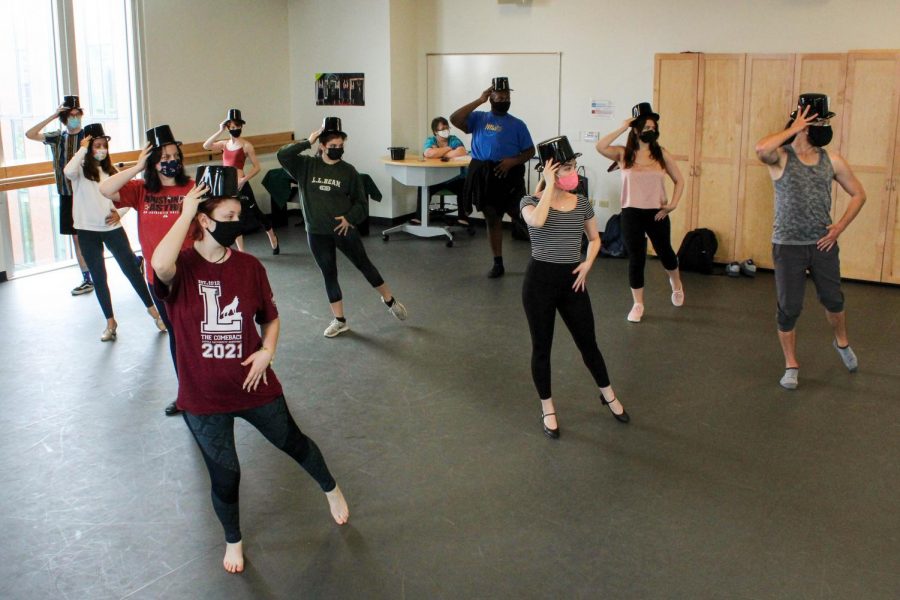 Some students said they’re feeling nervous about the prospect of a sudden return to normalcy, after Loyola announced in March that it plans to have a full-capacity and in-person campus for the Fall 2021 semester.

This announcement came after an entire year of hybrid classes and socially distanced classrooms due to COVID-19, although the university said it would accommodate those hoping to stay virtual next semester in its March announcement.

Sidney Buckingham, digital filmmaking junior, said the decision to have full-capacity in-person courses in the fall is an ambitious one on Loyola’s part and that this will be a huge jump for some students.

“It’s going to take a while for me to get used to socializing with that many people at one time without it being a little bit scary,” she said.

As someone who has had a Zoom class most days, Buckingham said it’s going to be strange to get back into the swing of things being on campus again instead of the hybrid schedule she’s used to.

Despite her hesitations, Buckingham said this change could be beneficial if done safely since she doesn’t learn well through a screen.

Loyola intends to continue to follow state and federal guidelines as it moves toward full-capacity and in-person classes safely, according to Loyola’s Chief Communications Officer Rachel Hoorman.

“If there are still health recommendations to not open as widely as we are hoping, we’ll obviously follow those,” she said. Depending on regulations, Hoorman said things may change as the fall approaches.

“What we’re trying to do is to get back as close as possible to the full scope of life on campus. That’s our ultimate goal. We’ll be sure to do that in a way that’s safe,” she said.

Asta Balakauskas, theatre arts sophomore, said she misses New Orleans and life on campus although she’s unsure about the possibility of a full-capacity fall.

“If I’m honest, I don’t exactly think that’s the best idea,” she said. “It’s a good goal but maybe not for this fall.”

Balakauskas has remained online this past year as a result of the rising COVID-19 cases in the U.S., opting to study from her home in Bangkok, Thailand instead. As an online student, she has Zoomed into her classes all year, often after midnight in her time zone. She said being fully online has completely changed her sleeping habits and that time management has become relatively non-existent.

Even with the struggles being an online student brings, Balakauskas is still not optimistic about a return in the fall.

If she returns to campus this fall, Balakauskas said she’s looking forward to doing the thing she loves most — theater. As a musical theatre major, she is accustomed to performing and was acting in Loyola’s production of “Cabaret” when campus shut down last March.

Missing out on theater has “been really, really hard,” she said.

Sophomore finance major Nick Pazzaglia is also looking forward to getting back to doing the things he loves in the fall with his fraternity, Pi Kappa Phi.

If campus is able to return to full capacity in the fall as planned, Pazzaglia said he’d love to be able to have in-person, weekly meetings with his brothers and just get to hang out again. Though the social aspects of his fraternity have suffered, he said it’s given them the opportunity to focus more on philanthropy.

While he hopes Pi Kappa Phi can return to some of its pre-pandemic normalcy, he said he’s unsure if that will happen or not. Ultimately, he said his fraternity follows Loyola’s rules.

Pazzaglia said he’s excited about the prospects of a full-capacity campus, however, he said it needs to be done safely.

“I don’t want anyone to be uncomfortable while on campus. I think they should take that into account because (COVID-19)’s still heavy on our minds,” he said.

Burns said COVID-19 has lessened the amount of fans in the stands.

“We’re a very big fan-based team and some of the games where the fans weren’t there, it made it tough for us to win,” he said.

Burns said he thinks a full-capacity campus could change things for the basketball team, but that more people on campus is going to increase the risk of people being in close contact.

“With them increasing everything, it might cause some chaos,” he said.