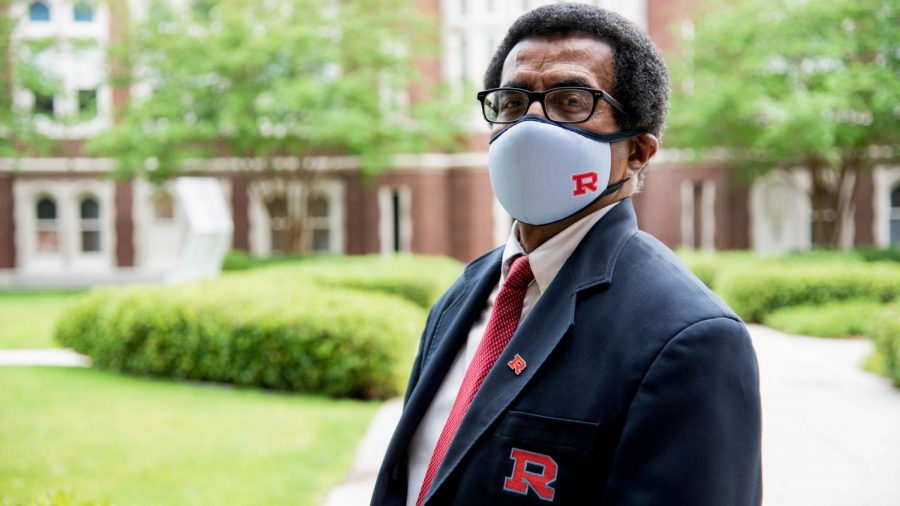 Editor’s Note: This story was changed to correct a paraphrase from Richard Cellini. The article previously read “He believes that the charity’s spendings should be approved by a board…” and now reads “He believes the charity’s spendings will be approved by a board…” to accurately reflect Cellini’s words. The change was made on April 22, 2021 at 11:30 a.m.

Descendants of those enslaved by the Georgetown University Jesuits have mixed feelings about the Jesuit Orders’ plan to pay $100 million in reparations.

The Georgetown Jesuits owned 272 enslaved people in the nineteenth century, and there are more than 10,000 descendants spread across the country. Student protests from Georgetown University in 2015 started conversations about Georgetown’s history with slavery. This year, the Jesuits pledged to give reparations to Descendants of Truth and Reconciliation, a charity founded by Jesuits in partnership with descendants of the enslaved people and is focused on racial healing, in the form of a fundraiser.

Richard Cellini, a White alumnus of Georgetown University and founder of the Georgetown Memory Project, said he feels the charity donations aren’t reparations to descendants at all.

Cellini said the descendants have little say in the way the money is spent by the charity. He believes that the charity’s spending will be approved by a board consisting of people from the Jesuit order, Georgetown and descendants.

Lee “Brother B” Baker of Louisiana is a Black descendant that is hopeful about the plans for reparations.

Baker said he and his family started telling their story before Hurricane Katrina. While organizing their family reunion in New Orleans, one of his family members, Patricia Johnson, started to get into genealogy. Baker said in 2004, Johnson discovered that their ancestors had been enslaved by Jesuits. Baker found out that his great-great-great-grandfather and his mother’s father were named Nace D.B. Butler, short for Ignatius.

In a 2016 blog post, Johnson said she was contacted by Richard Cellini, an alumnus of Georgetown University and founder of the Georgetown Memory Project, who was searching for descendants.

People enslaved by the Jesuits were sold across the country including in Louisiana and Maryland in the nineteenth century. The Georgetown Memory Project has found 232 direct descendants and verified over 10,000 direct descendants. Jesuits used enslaved labor and sold enslaved people for more than a century, in an effort to support clergy, churches and schools, including what is now known to be Georgetown University in Washington D.C.

Student protests in 2015 at Georgetown brought this information to the public eye, and Cellini said that the students protesting encouraged him to look into Georgetown’s descendants of enslaved people.

“My question was, what happened to the people after they were sold in 1838?” he said.

Cellini said due to the protests, the Georgetown president set up a working group to answer questions and Cellini said they told him that all the descendants were dead.

“Georgetown said that they immediately succumbed to fever in southern Louisiana. They said they all immediately died. I said ‘this is crazy, even the Titanic had survivors,'” Cellini said.

Cellini, who runs a software company, found documentation that descendants of the people enslaved by the Jesuits were very much alive. Cellini found the names of the enslaved people on mortgages taken out by the Jesuits and on sacramental documents from 1838.

Baker said it was telling to him that it took the Jesuits that long to own it and admit that this is a part of their history.

“When we got together as descendants, I reminded people that Georgetown was not the issue, it was the Jesuits,” he said. “Most people, Catholic or not, don’t understand the complexity of Catholicism, so it took a while for that to sink in.”

Baker also said there was disagreement among descendants over whether or not the Jesuits should pay reparations.

Rev. Timothy Kesicki, president of the Jesuit Conference of Canada and the United States and founding member of the Descendants of Truth and Reconciliation, said he believes that the reparations are one way for the Jesuits to reconcile their history.

“Our shameful history has been taken off the shelf, and it can never be put back,” Kesicki, who is White, said. “We, the Jesuits, bear this sin and responsibility for the enslavement of Black people in this country. This is an opportunity for us to continue a very serious process of truth and reconciliation. It is in our tradition to confess, to atone and to be reconciled.”

While the Jesuit order is evaluating their history on a larger scale, Loyola Jesuits are looking back at their personal history.

Rev. Justin Daffron, S.J., vice president of mission and identity, said the Loyola Jesuits are now working on learning from their own past.

“We have engaged in prayerful reflection on how we are to contribute to heal the wounds created by slavery and racism,” Daffron said, who is White. “Practically, this has meant learning more about our history with slavery and engaging in self-reflection.”

“Some of this self-reflection comes down to numbers. Cellini stated in an interview with CBS news that slaves “were sold for $115,000 in 1838 money, which would be about $3.3 million today. And that money was used to help Georgetown avoid bankruptcy.”

According to Cellini, the Jesuits are still benefiting from profits made off of enslaved people. He said that in 2009, the Jesuits sold 4,400 slave plantation land acres in Maryland for $57 million.

“They won’t even answer how much of it they still have,” Cellini said. “My question is, what are they afraid of?”

Daffron said he is currently working with the archivists for the Jesuit order to discover related history at Loyola.

“Truth-telling can be frightening,” Daffron said. “Without moving through the fear though, we remain unable to heal and transform.”

Grounded in faith, Daffron said he remains hopeful that the Slavery, History, Memory and Reconciliation Project will “open new possibilities for a hope-filled future.”

Overall, Baker said he is excited for this movement of awareness around the Jesuit’s wrongdoings.

“I’m grateful that somehow my great great grandparents story means something,” he said.