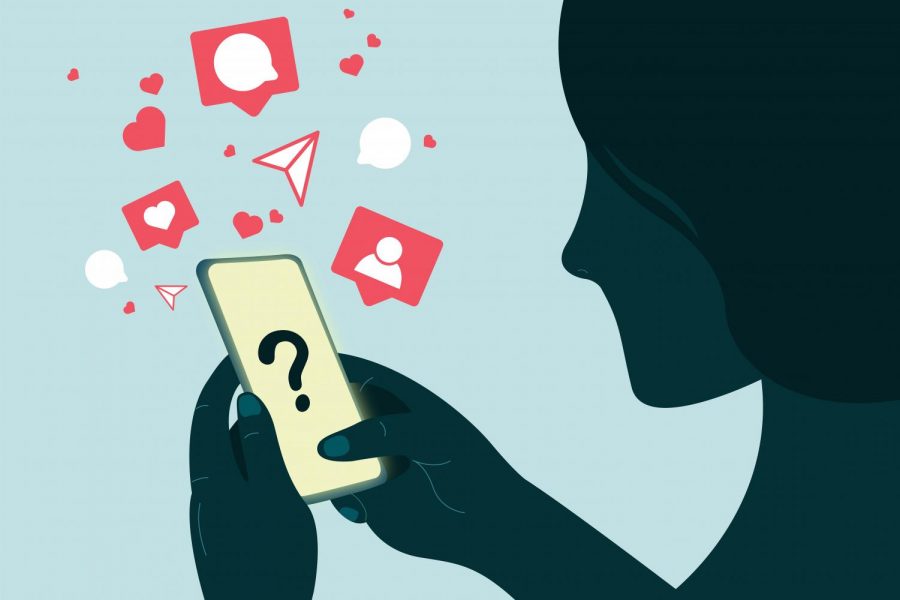 One of the account’s mystery owners met with The Maroon to talk about the behind-the-scenes action after over a year of posting student drama. What started as a small form of entertainment became a platform for Loyola students to speak their truth.

Loyno.confessions lists itself as a local service to be used for confessions and missed connections, but its content is largely centered around drama, petty disagreements, and comedic anecdotes.

Despite the content of some of the allegations that are posted, the owner said that they don’t fact-check drama posts because they can be difficult to verify. They clarified that loyno.confessions is there as a mediator and just posts the submissions, they don’t pick sides.

According to one of the owners, they sometimes worry about the repercussions of posting unverified allegations against students or the university. A small amount of posts, they said, don’t make the cut. If they think the post can help someone, they’ll take the risk. “If it’s drama that I know is hurting someone and letting people know about it can help them, then that’s something that I would be interested in posting,” the owner said.

Loyno.confessions said that 90% of the messages they get are pretty innocent, but they do turn down posts. According to them, students know that their messages may not be posted and that the account remains neutral on most issues. If the submission is inappropriate or the owner thinks it won’t appeal to many people, they just don’t post it. “Don’t take it personally if it doesn’t get posted. If we’re not posting it, it’s because it’s not adding to the essence of the page,” the owner said.

The source said that no students have really ever gotten mad or sent them any messages telling them to take down inappropriate posts. Usually, they said, people just comment if they have any problems, defending themselves underneath the post.

Things get a little more complicated for posts about politics, Greek life and student elections. Loyno.confessions said that while they have not felt backlash as a result of their posts, they’re still cautious. “You gotta be a little more careful because I think that organizations will come for whoever posted it,” they said.

Though most of the content is unvetted, they do fact-check easily verifiable things, such as university policy or specific new rules. As fun as some of the drama can be, there’s no point in causing arguments over something that’s explicitly not true, one of the owners said.

Once the page started gaining followers, the owners realized that it could be more than a form of entertainment, it could build connections. They said that a lot of people use the account as a place to vent and get opinions from the page’s 1,100 followers. Despite the owner never revealing their identity, people sometimes message the account just to talk to the face behind the screen. “If there are people feeling alone in college,” they said, “maybe they would use the account to reach out to others.”

Loyno.confessions was started over a year ago by a small group of friends, but only one person currently runs the account. After the past owner left the university, the current owner took control of the account because they thought they could utilize the large number of followers to build connections and help people.

Most of the posts are funny student stories, but some students use the account as an unofficial forum for student life. The source said that they get messages from people trying to find places to live, join sororities or start a sport.

Loyno.confessons said they recognize students that submit posts all the time and that they’re sometimes even acquaintances. Despite the account’s drama focus, they’re not looking to expose anyone or pick sides.

At the end of the day, loyno.confessions is for fun. “Don’t start any craziness. Don’t be boring,” they said, “like, start a little bit of drama but not anything that’s going to hurt someone.”

Gabriela Carballo contributed to this story.