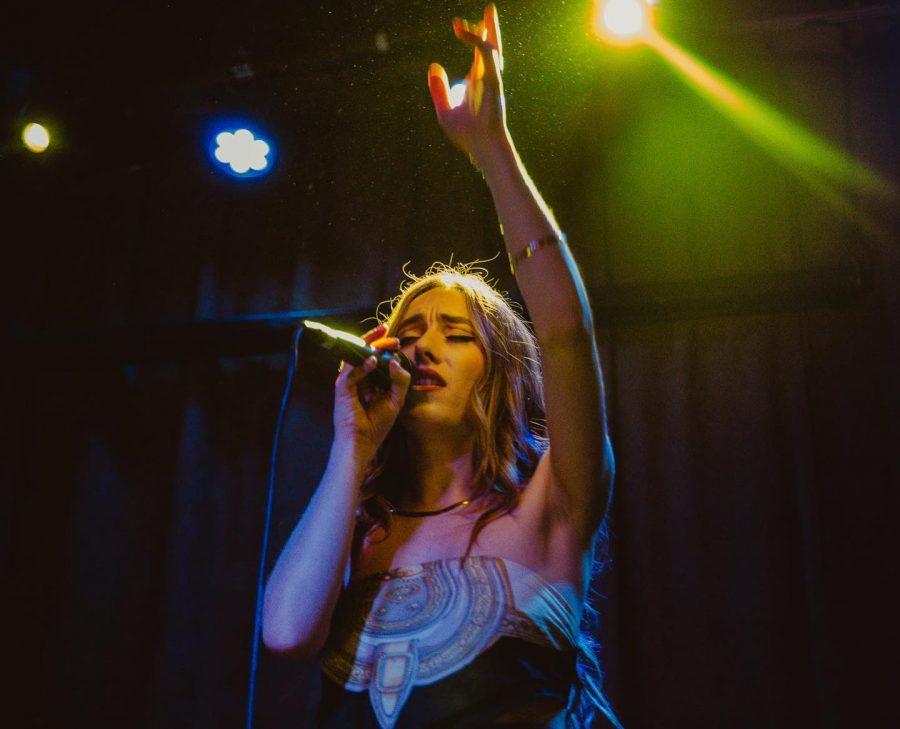 Bay Area songstress and 2012 Loyola alumna Devon Baldwin succeeds in the music industry through resilience. Despite the cancellation of tour dates due to COVID, she plans to release her first full-length album by the end of the year.

Her sound is self-described as ethereal, indie, dream pop. Baldwin began singing before she could really talk as a way to create dialogue between her childhood toys and made it to the Top 50 cut of American Idol during her high school years. She said this was a blessing in disguise.

However, her songwriting genius came to life after the single release of “Let’s Get Lost,” which she composed and collaborated on with G-Eazy, not long after they had both left Loyola and returned to California.

“I was too nervous to be like, ‘Oh Gerald, I wrote this song. What do you think?’ So, I was just singing it to myself while he was sitting next to me. And he was like, ‘What is that?’ And we recorded in the bedroom studio we had set up. That really launched me in a songwriting sense, but I had never really thought of myself as a songwriter until that point,” she said.

With reassurance from the teams of creators she had formed during her undergraduate studies at Loyola, Baldwin felt like her career was on a roll. She was unstoppable. Then, her lung collapsed.

“I had to have a chest tube and wasn’t allowed to sing. A month later, I lifted up a suitcase and it opened up again, and another month later I twisted some way and it ripped open again,” Baldwin said. “That definitely derailed me as I wasn’t allowed to sing for six months. But in that time, I did a lot of free writing. That’s really when I figured out lyricism and tap line more than I have before. I was really relying heavily on melodies and songs, which is obviously a big part of it but I needed the lyrics to be there too.”

The setback has not stopped her success.

“Songs like Underwater help me feel at peace,” Pertusi said.

Referring to her music catalog, Baldwin credits its extensiveness to her personal stability.

“I’m able to just sustain on those streaming numbers and continue building an audience and fan base without continuously putting out content,” she said. “After six months without singing, the muscle memory was surprisingly gone and I was afraid to breathe. I wasn’t allowed to lift anything over three pounds. It was a really hard process, but also made realize what I want to do because of the lack of singing.”

The journey of her artistic development will be reflected in her new album. Her passion, emotiveness, and ability to translate anxiety into art, are what motivate Baldwin through personal growth and bittersweet experiences.

Caleb Shreve, her manager, confirmed her record is coming out with a label in the next year.

“She’s about halfway done with it, and we just found a label today to put it out with. She’s got a tour in the fall and a couple of singles coming up this summer in anticipation of announcing the tour,” Shreve said.