Films for when you miss Loyola and New Orleans, part 4 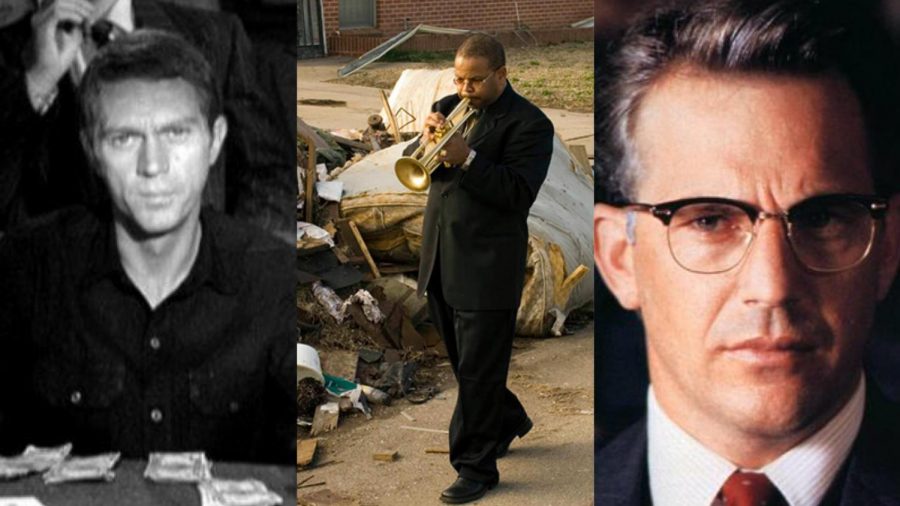 (From left to right) Courtesy of MGM, HBO, Warner Bros.

As spring ends and everyone starts getting their COVID-19 vaccines, exploring New Orleans once more becomes an exciting prospect. It’s never a bad time to check out the sights and sounds of the city through the medium of film before stepping into the familiar streets coming back to life (provided that you wear a mask, of course). Here are a few more films set in the Big Easy.

Cecil B. DeMille, who later went on to direct the 1956 epic “The Ten Commandments” helms the 1938 adventure film. “The Buccaneer” is a fictionalized account of pirate Jean Lafitte during the War of 1812, especially in the Battle of New Orleans.

Therefore, it was only fitting that the film was shot in the Big Easy as well as in other parts of Louisiana. Its New Orleans premiere later drew 15,000 people, causing traffic jams and forcing radio announcers to warn listeners to avoid the downtown area for the film’s second showing.

“The Buccaneer” is available to rent or buy online.

Steve McQueen stars in the 1965 American drama from director Norman Jewison. He plays young Depression-era poker player Eric “The Kid” Stoner, as he seeks to grow his reputation. This leads him to challenge experienced player Lancey “The Man” Howard, played by Edward G. Robinson.

“The Cincinnati Kid” was filmed on location in New Orleans and features a musical scene at Preservation Hall. The film later premiered at the Saenger Theatre in October 1965.

“The Cincinnati Kid” is available to rent or buy online.

Mickey Rourke and Robert de Niro star in the 1987 American neo-noir psychological horror film. Directed by Alan Parker, Rourke plays New York private investigator Harry Angel, as he is tasked by de Niro’s Louis Cyphre with tracking down a man known as Johnny Favorite, who has disappeared and was last seen in New Orleans.

“Angel Heart” is available to rent or buy online.

Garrison filed charges against New Orleans businessman Clay Shaw, played by Tommy Lee Jones, for his alleged participation in the assassination cover-up. While the film came under fire for its historical license, it received critical and commercial success.

“JFK” is available to rent or buy online.

The 2003 legal thriller is a film adaptation of John Grisham’s novel of the same name. It stars John Cusack, Gene Hackman, Dustin Hoffman, and Rachel Weisz. “Runaway Jury” follows two stories: a lawyer (Hoffman) dealing with a shady jury consultant (Hackman) who schemes to pack the jury with people allied with the defense, and a juror (Cusack) and his girlfriend (Weisz) influencing a trial against a gun manufacturer.

The film was extensively filmed in New Orleans. Production designer Norman Coates describes his approach to filming in the Big Easy: “We did not want to show Bourbon Street, cemeteries or parades. We wanted New Orleans to become a character of the film, rather than a caricature.”

Tom Cruise stars in the 2013 action thriller, which is a sequel to the 2012 film “Jack Reacher” and based on the novel by Lee Child. “Never Go Back” follows Cruise as Reacher, as he goes on the run with an Army major, played by Cobie Smulders, who has been framed for espionage. They later unravel a dark conspiracy.

Principal photography for the film was held in New Orleans, which includes a lengthy chase scene across the rooftops of the French Quarter.

“Jack Reacher: Never Go Back” is available to rent or buy online.

When the Levees Broke

Spike Lee directs the 2006 documentary series from HBO. “When the Levees Broke” extensively details the destruction of New Orleans brought forth by Hurricane Katrina in 2005, further exacerbated by the failure of the levees surrounding the city. Politicians, journalists, historians, engineers, artists, and residents provide first-hand accounts of their experiences with the hurricane and its aftermath.

To stream “When the Levees Broke” on HBO Max, click here.