Editorial: We need to save tenure 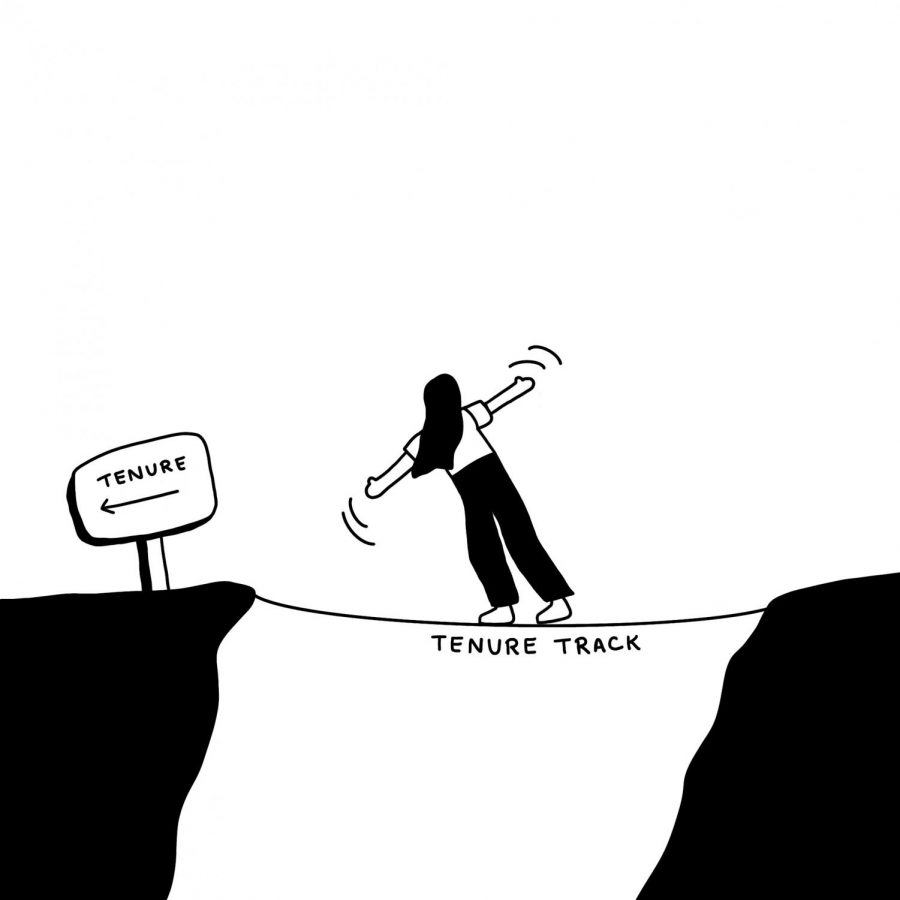 While most students don’t know what tenure is, whether or not a professor has it can define a student’s classroom experience. Positions for tenured professors at Loyola are looking increasingly bleak, eliminating opportunities for research and student outreach. In a year riddled with job insecurity, academic burnout and pandemic-related anxiety, students and professors alike should feel secure and valued by the university.

Let’s face it: college is expensive. We pay for a liberal arts Jesuit education and deserve professors in permanent positions to offer us academic stability. The amount of tenure-track professors has declined from 96 to 29 in the last 10 years. The tenure track is the pipeline for future tenured professors, and it’s going dry.

The difference here is made at the point of hiring. Professors are either hired as ordinary, tenure-track faculty, who will have the opportunity to gain tenure, or as extraordinary faculty, for whom tenure is not an option.

Even though the nature of professors’ contracts may seem irrelevant to students, it affects the quality of our education. Tenured and tenure-track professors have guaranteed job security that can only be revoked under extreme circumstances. Professors not eligible for tenure, known as extraordinary faculty, are hired under a one-year contract, leaving them vulnerable to budgetary cuts and the whims of the administration.

Professors often have more opportunities to have meetings with people in power in which they can discuss issues that greatly affect students. Professors can act as advocates for the student body in administrative decision-making processes, but without tenure, professors may be more likely to filter their comments for fear of job security. Professors need to feel secure enough in their own jobs that they can speak for students without fear of retaliation. Their voices can link us and the administration, and we want them to be able to advocate for us freely.

Without a safety net from tenure, professors are limited in the topics they can teach, stripping us of a holistic and comprehensive education.

If professors aren’t able to be a proponent for students, we could be left underrepresented and without faculty support . As much as we’d love to trust that the school will always do right by us, the administration isn’t in the classroom with us hearing our concerns first hand, like our professors are. If we don’t want our expensive education to be left to administrators and out-of-touch alumni, we need more professors with independence who can confidently speak for us when we can’t, and Loyola hiring more tenure-track professors can give us that.

If times get tough, extraordinary professors can be easily laid off, whereas tenured faculty have a great deal of job security. Professors deserve the stability of knowing that they’ll be able to keep their jobs long-term.

Not to mention that when professors are hired on a year-to-year basis, it’s difficult for us to form meaningful bonds with them. We should be able to expect that we’ll have the same advisors and mentors for the duration of our degree to guide us academically.

Some students are already mobilizing. Kim Díaz, International Studies junior, spread flyers about the costs of few permanent professors in the Language & Cultures department. Diaz also sent an email on behalf of her peers to the associate dean of the College of Arts and Sciences, Uriel Quesada, mentioning their disappointment with the administration in its decisions regarding tenure. Students have been posting announcements on social media, demanding administrative support.

Even tenured professors are pressed. Christopher Schaberg and Nathan Henne, both professors with tenure, wrote opinion pieces for The Maroon highlighting the importance of tenure to professors and students. Schaberg said that having tenure allows him the time to help students outside the classroom by writing recommendation letters. Henne said that tenure affords him the opportunity to engage in collaborative research with his students.

If we want our professors to be able to advocate for us, and themselves, it’s time we return the favor. When we allow ourselves to slip into complacency, we risk losing the classes and people that make everything worth it. Talk to your professors. Talk to your friends. Talk to your parents. We want a university that trusts and supports its faculty and students and allows our voices to be heard, and hiring tenure-track faculty is the first step. Our professors deserve better.