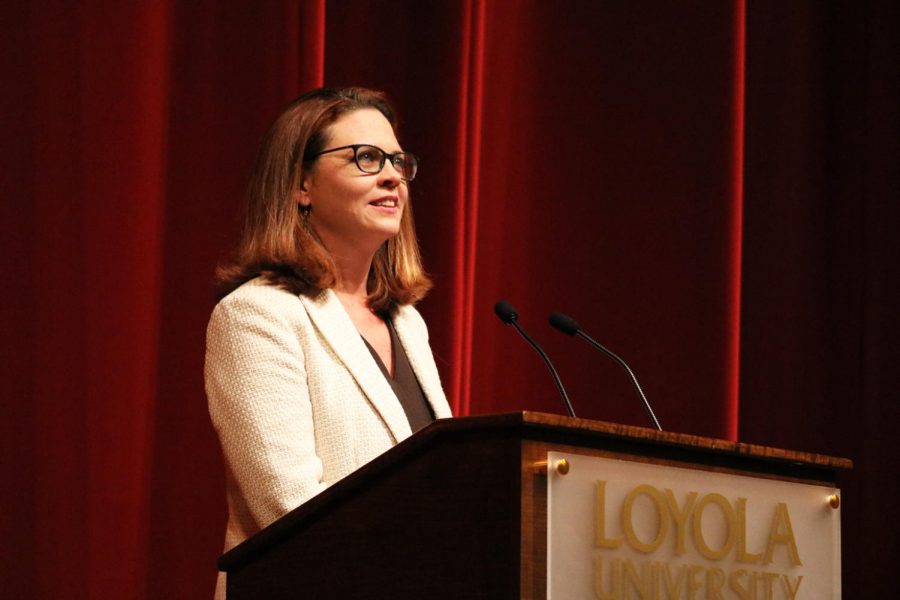 Topics discussed in the SGA-hosted event included graduation, an all in-person semester, tenure and diversity and inclusion.

As far as graduation, Tetlow said the New Orleans Fire Marshall is not allowing a procession for graduation and ceremonies over 90 minutes.

There will be four ceremonies between Saturday, May 15 and Sunday, May 16. Tetlow encouraged students to come to their masses on campus in their regalia. Tetlow said the faculty won’t be at commencement because they won’t fit into the ceremonies with current capacity limits. Instead, she said that she’s encouraged them to attend award ceremonies the week leading up to commencement.

Looking toward the end of the COVID-19 pandemic, Tetlow said there will be no disciplinary action taken against students who decide not to get vaccinated. However, she said a requirement may encourage some students to get the vaccine outside of religious and medical exceptions.

Tetlow said that unvaccinated students may need to be tested frequently. Because there is a small possibility of vaccinated people spreading COVID, masks will most likely be required in the fall.

Tetlow also discussed changes in residential life, where Loyola students who live in different resident halls will most likely be able to visit each other.

In reference to an increase in incoming Freshman, Tetlow also said Loyola plans to add another residence hall on its main campus.

Tetlow also discussed tenure, particularly as it came up with the Department of Languages and Cultures, which will have no tenured faculty come Fall 2021.

Tetlow said tenure is a complicated process and that the decline in demand for foreign languages plays into its lack of tenured faculty.

In reference to Title IX reporting, Tetlow said Loyola is working with Husch Blackwell, who is also working with LSU, on tinkering with Loyola’s Title IX system to make it even better.

“I hope when you have things to report, you come to us because you’ll give us the chance to do right by you,” Tetlow said.

Tetlow said she’s proud of the progress Loyola has made with diversity and inclusion, noting that January Term courses that focused on themes of diversity are now permanently a part of Loyola’s coursework.

Tetlow said SGA has also worked with her to transform the president’s dining room into a multicultural affairs room that is expected to open in Fall 2021.

Tetlow said race relations are a problem she doesn’t know how to solve. Tetlow said that as imperfect as Loyola is, it was regarded as 7th in the country related to inclusivity according to the Princeton Review.

“There is something precious here that we need to keep on building,” Tetlow said.