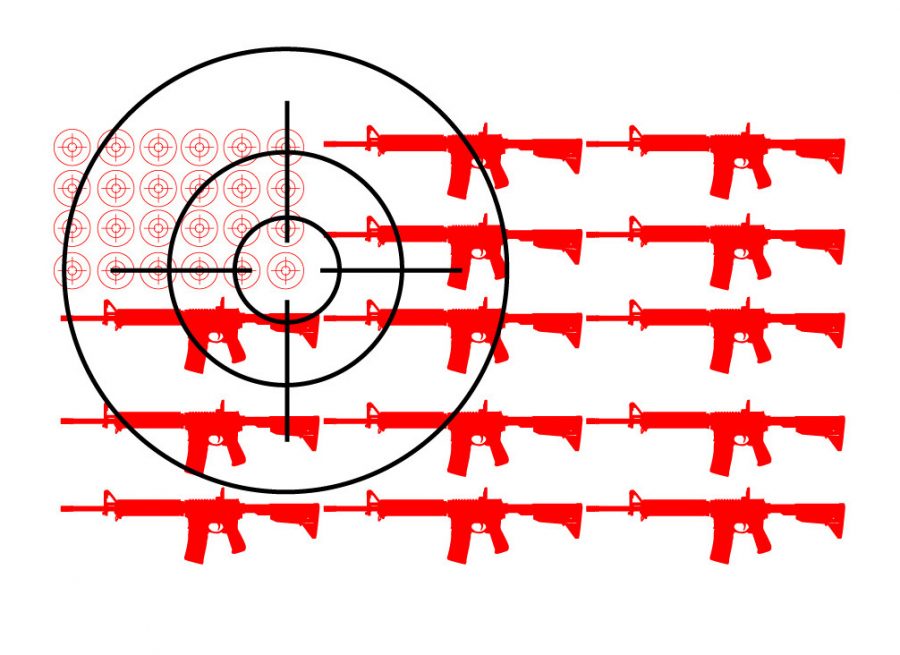 To The Maroon and the greater Loyola community,

I want to take a moment to respond to a recent editorial in The Maroon: We Need to Talk About Gun Violence.

The editorial reintroduced an important discussion to our community concerning gun violence in America and the apathy displayed by our leaders in Washington. The editorial offers several informative arguments regarding the issue, but to adequately address these problems there needs to be some clarification.

The article describes the lack of legislative action on gun violence as being the fault of a bi-partisan coalition of leaders in our government. The editorial makes a single mention of Republicans being “especially” responsible for “dancing around the issue” but refrains from properly holding Republican leaders accountable for their inaction.

This lack of clarity is ingenuous and dangerous. We must not distort the truth. It has not been a broad collection of leaders in our government, but specifically Republican politicians, who have enabled rampant gun violence and fanatically obstructed legislative reform.

Gun violence has affected all Americans, Louisianans, New Orleanians, and students in our community. This issue is about us. When we dream about what kind of a community we want to live in, we must not dream about what we are willing to compromise with. Likewise, this discussion on gun violence must not be concerned by politicians in Washington DC (or anywhere else) being offended or displeased.

Discussions on gun violence often largely focus on a relatively unusual phenomenon in white America, of mass shootings in public places. Only discussing mass shootings overlooks the communities that are most affected by gun violence. Aside from death by suicide, which is responsible for almost ⅔ of all gun-related deaths, the victims of gun violence in America are disproportionately Black, are often women, and typically live in impoverished neighborhoods.

Being a victim of gun violence is a fear that many New Orleanians have every single day, whether it be living in fear of being a target, being robbed, or being in the wrong place at the wrong time. We must remember that the term “gun violence” does not mean “gun violence where it doesn’t belong”: It means gun violence. Just the other day, one person was killed and four were critically wounded by gunfire in New Orleans alone.

The point of this discussion is not whether there might be honorable Republican leaders out there. Republican leadership is the problem. Republican leaders need to stand up and do something about gun violence across our country or be replaced. This issue is not going to be solved by a bunch of crooked, political hacks in Washington who have sold themselves to gun manufacturers, suppliers, and lobbyists.

The truth is, Americans overwhelmingly support gun control legislation, polls indicate 9 in 10 Americans support stricter gun laws. The Republican leadership’s decades of behavior is an active demonstration of their disdain for popular demand and democratic values. Democracy is the only way that change is legitimately secured. Republican leaders have systematically worked to undermine democracy which demands the question: When did these ‘constitutionalists’ turn against our Constitution?

With this in mind, the editorial is right: We can bring about change. Gun control efforts will be achieved by those who are reading this in our community. Change comes when we stand up and take direct action. Change will come when we vote Republicans out, get candidates to run for office, and participate.

Nonetheless, these measures cannot be successful by just mere tactics. Gun safety is a meaningful and achievable goal. While there is an impasse surrounding what we should do about guns in general, we should all be able to agree that gun safety is of paramount importance to our communities. There should not be people owning and carrying firearms who have little or no training. The first step must be to require licensing like one might get for a car.

Re-energize the power that is democracy by using it.

You are the person who can pave the way to change.