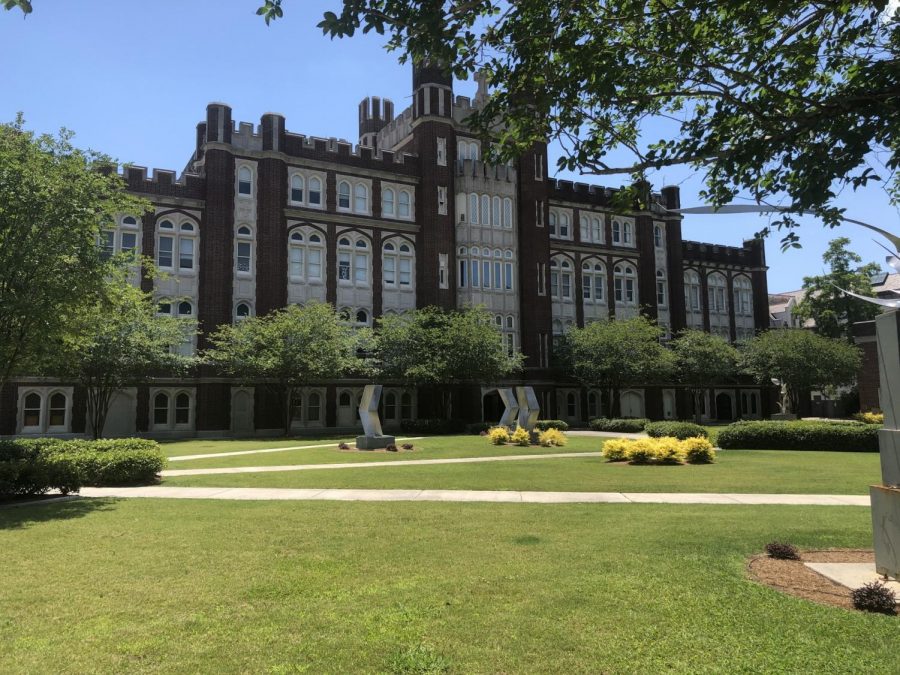 Emma Fisk, music industry studies junior, said she feels the changes to pass/fail seem like Loyola is moving past the pandemic, even though students are still living in it and dealing with its effects.

“The emotional and mental toll that the pandemic is taking on us is still taking that toll. It’s not like it stopped,” Fisk said. With so much going on in the world, she said students can’t always be expected to put school first.

Provost Tanuja Singh said the decision was not an easy one to make and that Loyola recognizes the difficulties students are facing because of the pandemic. However, she said much of the decision to limit pass/fail to only two classes and certain grades was to prevent students from being disadvantaged when entering the workforce and graduate school in the future as well as helping to preserve students’ financial aid.

When students opt to “pass” a class rather than receive a letter grade, this doesn’t factor negatively into their GPA, but having no numerical GPA at all as a result of opting to “pass” all classes until this point can affect students’ eligibility for financial aid, according to Loyola’s pass/fail FAQs page from 2020.

Anna Daigle, director of financial aid, said that students have to maintain a 2.0 GPA to continue to receive federal aid. Students receiving TOPS, a scholarship available to Louisiana residents, must maintain a certain GPA as well, according to Daigle.

Although Fisk said limiting pass/fail hurts students, she’s just glad that it’s even an option this semester and beyond. She said that extending pass/fail beyond this semester gives students the chance to focus on other priorities, as many have family, jobs, and other things to work through alongside schoolwork. Fisk said she intends to use pass/fail this semester so that she can focus a bit more on courses that pertain to her career path.

Although she doesn’t have plans to use pass/fail at present, Andi Robinson, a public relations senior graduating in December, said many of her friends are opting to use it because the pandemic has made this year hard on them.

“I think that’s really helpful just because people have so many things pop up in their lives. Life is just unpredictable,” she said, noting that extending pass/fail to this semester and beyond is important.

However, Robinson said she was disappointed by Loyola’s announcement to limit pass/fail to two courses and certain letter grades this semester.

“A lot of people’s GPAs are tanking,” she said. Some people don’t even want to see Bs and Cs on their transcripts, according to Robinson, and pass/fail gives people the opportunity to protect their GPA should they want to pursue graduate school or a PHD in the future.

Although much of Loyola’s decision to limit pass/fail arose out of considerations for graduate school admissions, both Singh’s initial email to students and Elizabeth Rainey, executive director of the Student Success Center at Loyola, said that larger conversations about how pass/fail will be viewed by graduate schools have been absent. Despite this, Rainey still suggested only using pass/fail if absolutely necessary because it is impossible to predict how future graduate programs and employers may react to a “pass.”

Both Rainey and Singh also stressed that certain grades, such as the Bs Robinson said some students fear, are more satisfactory than students may think.

“Grades of A-, B+, B are strong grades and students should be proud of having worked hard to earn them even under these circumstances,” Singh said.

Rainey said students shouldn’t be afraid of their own grades, especially because many post-graduate opportunities will allow you to explain yourself and situations surrounding these grades.