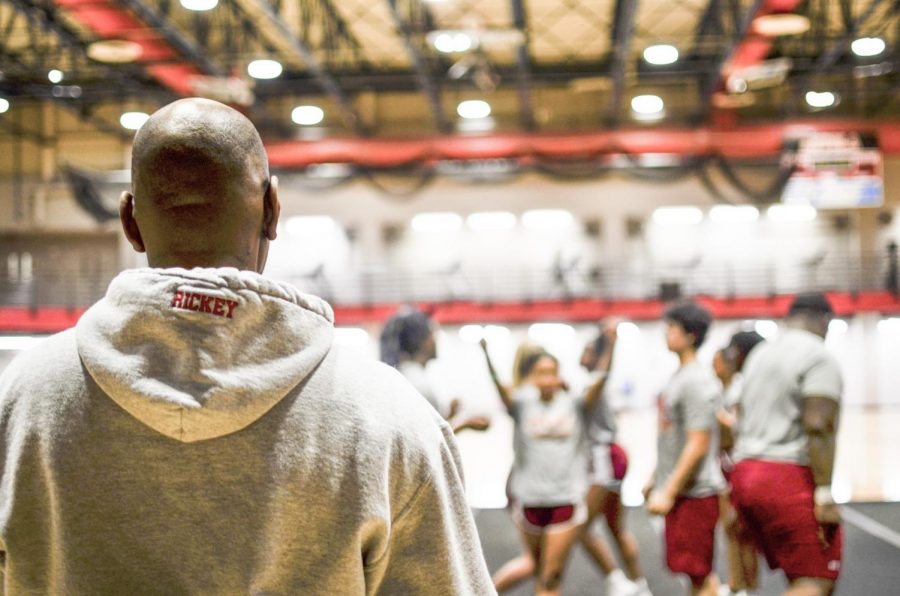 Coach Rickey Hill looks on at team practice. Hill passed away Sept. 20, 2021 after suffering a heart attack on campus, according to Loyola President Tania Tetlow.

Hill, 54, worked at Loyola for five years leading both the cheer and dance programs. He previously coached for Virginia Tech, the University of Virginia, James Madison University, Methodist University, and Winthrop University.

“Rickey was as full of joy as you would expect of someone who dedicated his life to teaching and to cheer and dance. For five years at Loyola, and for thirty years before that, he coached teams to brilliant competitive success,” Tetlow said. “Far more importantly, he taught generations of students to know themselves better, to be part of a fiercely bonded team and to work ever harder to achieve their goals. He was much beloved by his student-athletes.”

“Now we stop what we are doing and we pray,” Tetlow said. “We pray in gratitude for Rickey, whose bright spirit we will keep alive forever in our hearts.”