Alumni take on Broadway during COVID 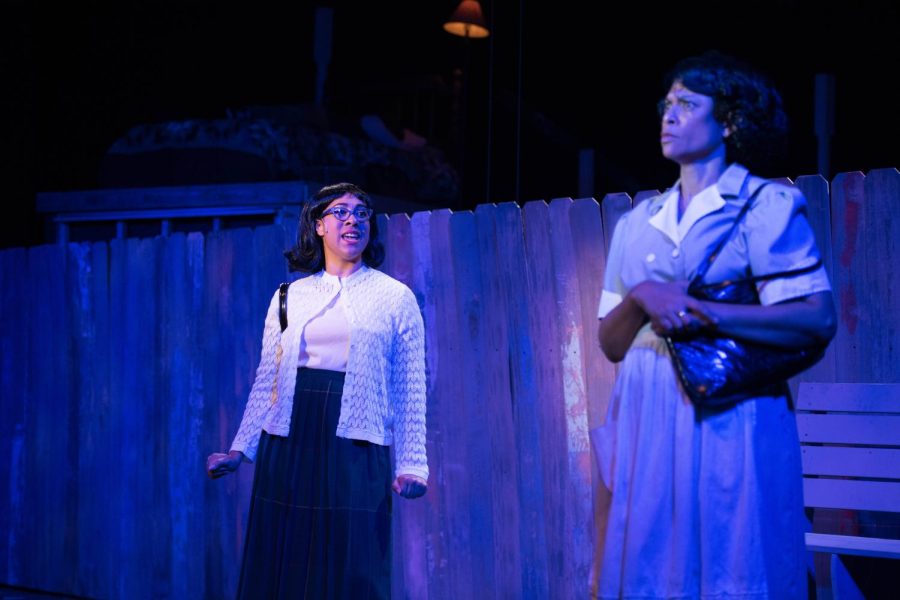 Brianna Thompson performs in the Loyola production of "Caroline, or Change" in 2017. Thompson is currently stage managing one of the first broadway shows to come back after the pandemic began.

Broadway is getting the chance to brush itself off and start anew after being knocked off its feet by the pandemic. Loyola theatre arts alumni Bari Bellard and Brianna Thompson are now working post-shutdown to stage manage Broadway productions on their national tours.

“This return has been so satisfying,” Bellard said. “I’ve spent a lot of time dreaming about what this will look like and feel like, and then it just happened. We got to hear the roar of the audience again.”

Bellard, a 2017 graduate, is now head stage manager for the 2021 North American national tour of “Cats,” one of the first five shows to start the return to national touring. Bellard worked on over 10 university productions during his time at Loyola.

Thompson is the assistant stage manager and assistant company manager for the touring production of “Tootsie.” She graduated from Loyola in the Spring of 2020.

“They’re both shining stars,” said Patrick Gendusa, chair of the Loyola theatre arts and dance department. “They are the most compassionate, loving, reliable folks; it’s no surprise to me that they’re succeeding.”

Bellard said that he is still getting used to the jolt of such a big change in theater size and scale of productions after such a long shutdown, but that he is so thrilled to have had both opportunities.

“‘Cats’ is a piece of whimsical, magical entertainment, while ‘The Color Purple’ was so heartfelt and real. I feel so fortunate as an artist to be able to work on them both,” said Bellard.

Thompson emphasized how having support on enforcing COVID-19 protocols is crucial for shows to continue to happen.

Thompson said that on the set of “Tootsie” they get COVID-19 tested twice a week, but she said it’s not just the cast and crew that needs to stay diligent.

“All patrons need to wear a mask. It’s not a question. Theater companies need the support and backup to enforce these protocols to keep us afloat right now,” she said.

They were connected with the opportunity to work on their respective productions by Loyola alum Brian Schrader. Schrader is the general manager for touring company Troika Entertainment.

Bellard also stage managed “The Color Purple” in the months before the pandemic began, closing the show right before lockdown was announced.

Bellard and Thompson encouraged students to be persistent while transitioning into Broadway.
“You never know what time you ask that something will work,” said Bellard. “It’ll take you asking one really good question that gets you the job over someone else.”

Thompson echoed this message of resilience when speaking of her experience as a person of color in the theater industry. Thompson said fellow students of color should not be discouraged by the lack of representation they see on Broadway.

“If you are a POC and feel like they won’t even look at you, do it anyway. It lets people understand that you are serious about this and shouldn’t be discounted because of the color of your skin. If you’re good, you’re good,” she said.