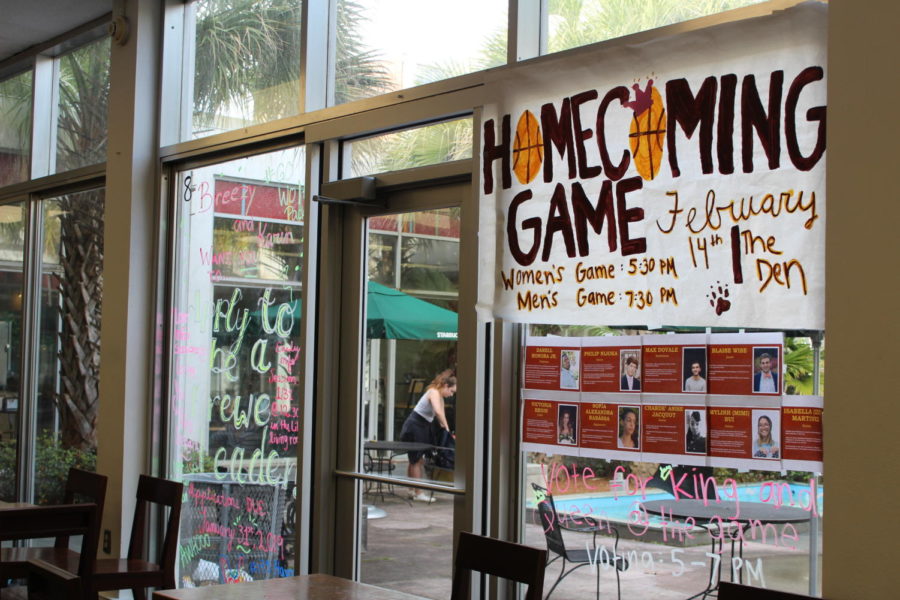 Kim Díaz thinks that Loyola’s campus should be a safe space, but when they encountered a group of students representing Turning Point USA in the Danna Center, Díaz said it became anything but.

Díaz, international studies senior, was one of the many students frustrated by the conservative group’s presence on campus, not only for its beliefs, but because of the way the students were interacting with others.

The students argued with Díaz, saying that Díaz was free to do whatever they wanted in the country and was not oppressed, according to Díaz. Díaz said the interaction was uncomfortable.

“I’m Brown, I’m female-bodied. How are you going to ask me how I’m being oppressed?” Díaz said.

The students were tabling in the Danna Center on Wednesday, Sept. 29 when Díaz noticed their flyers and signs that said things like “socialism kills,” but listed non-socialist countries and were riddled with misspellings, according to Díaz. Each flyer and sign was stamped with the Turning Point USA logo.

This conservative non-profit organization seeks to “identify, educate, train, and organize students to promote the principles of freedom, free markets, and limited government,” according to its website.

Díaz made a social media post in response to the group’s presence accompanied by a screenshot of information from schoolboardwatchlist.org, a website listed on the group’s posters.

School Board Watchlist works to “expose” school board leadership that pushes “anti-American, radical, hateful, immoral, and racist teachings in their districts,” including things like critical race theory, masking in schools during COVID-19, and “discriminatory professional development courses for faculty disguised as ‘diversity’ training,” according to its website.

Díaz called some of the information on the website racist, homophobic, and xenophobic.

Drienna Sixto, senior manager of Turning Point USA’s National Field Program, said in an email to The Maroon that, as another “female-bodied person of color,” she finds these statements baseless, offensive, and ridiculous.

Díaz said they’re upset that Loyola would even allow this group on campus.

“It just made me feel uncomfortable seeing this especially during Hispanic Heritage Month. Loyola hasn’t created a single event for it but then made room for this,” Díaz said.

However, Sixto said that Turning Point’s student activists are involved at many campuses across the country, including Loyola.

Anastasia Small was another student frustrated by Turning Point’s presence on campus. In an email to Provost Tanuja Singh,  Bourque, and The Maroon, Small said allowing the organization on campus contradicts Loyola’s Jesuit values.

“The fact a peer of mine was made to feel unsafe on a campus that is supposed to be their safe space is gross and shows the emails you send about being here for students during this time is not truly sincere,” Small said in the email.

Even Loyola’s student government spoke out against the organization tabling on campus. SGA President Deon Wilson said SGA is talking with Student Life and Ministry to understand how Turning Point was able to table without permission.

“It just didn’t seem right that there’s no way nobody saw that this table was here for multiple hours during the day,” Díaz said.

Wilson said SGA and Student Life and Ministry are working on a system to better monitor tabling in the Danna Center to prevent further unapproved tabling.

The students at the table told Díaz they were trying to obtain funding through Turning Point to have more events at Loyola, according to Díaz, but Díaz plans on making sure this never happens.

“If it’s harming students on our campus and making people uncomfortable then they shouldn’t exist,” said Díaz.