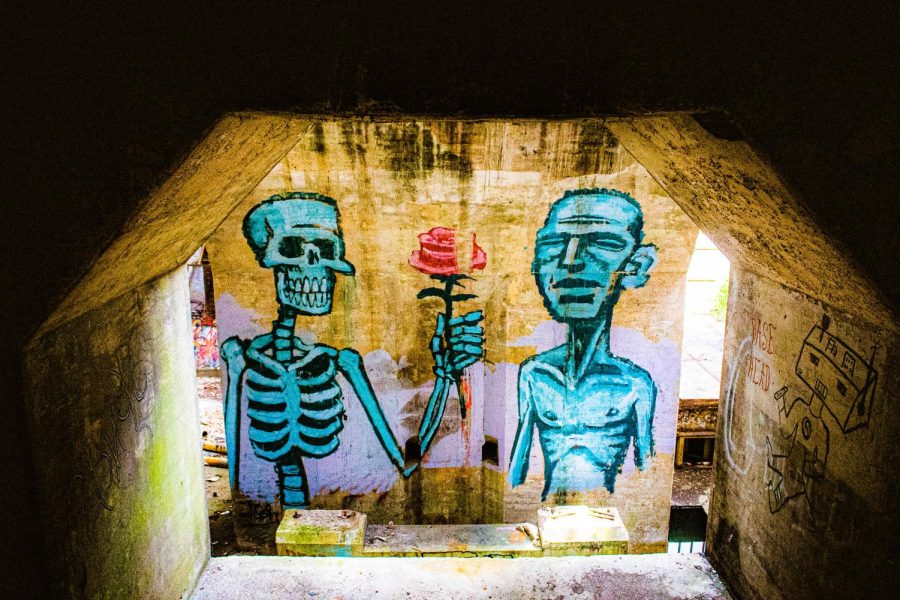 Young artists at Loyola, like mass communication senior Jawdat Tinawi, can be found taking photographs and hanging out in abandoned places throughout New Orleans.
Despite the creativity Tinawi found in the green growing from metal, he called the power plant a “product of industrialization.”
Melissa Smith, a research assistant for Just Spring Press, said the great historical significance of New Orleans’ buildings and spots like the terminal have been lost through progressive abandonment in New Orleans’ recent history.
Located in the middle of the Warehouse District and the Lower Garden District, the Market Street Power Plant, closed since 1984, is a popular place for aspiring artists or adventurers to visit.
Tinawi said he used to go to the abandoned power plant in high school and even shot a music video there recently that he’s currently editing.
C.W. Cannon, Loyola professor of New Orleans studies, said that the most “spectacular blighted building” of his youth was the old Jax Brewery, which stretched for blocks along the river from Jackson Square through Bienville Street before it was renovated and put back into commerce in the 1980s.
The building most similar to that scale now is the old naval support facility on Poland Avenue in the Ninth Ward, Cannon said. Students often visit and photograph the spot today. Formerly known as the F. Edward Hebert Defense Complex, the base sits near St. Claude Avenue. The naval base has since earned the title of the “Autonomous Zone,” according to a sign at the entrance of the location since being abandoned.
While these places are popular amongst the adventurous and artistic, Cannon said to be careful when exploring.
Cannon suggested visiting the Old Spanish Fort as a safer alternative.
The fort, located on Beauregard Avenue near the Lakefront, was built in 1701, established by the colonial French and built to protect New Orleans from attacks on Lake Pontchartrain.
After the Louisiana Purchase, the fort was bought and transformed into the Pontchartrain Hotel, until the hotel’s business plateaued. Another abandoned spot of interest is the Drama of New Orleans’ Municipal Auditorium
The municipal auditorium in Louis Armstrong Park was once the home to lavish Mardi Gras balls and popular concerts.
Many greats in the music industry played within this building, including Elvis Presley, Led Zeppelin, and Rod Stewart.
Another significant abandoned spot is Charity Hospital on Tulane Avenue. It was once one of the oldest operating hospitals in the United States and has been abandoned since Hurricane Katrina, Cannon said.
“This prevalence of abandoned places throughout much of the 20th Century has contributed to the decadent aesthetics that inform the city’s mythical face,” Cannon said.