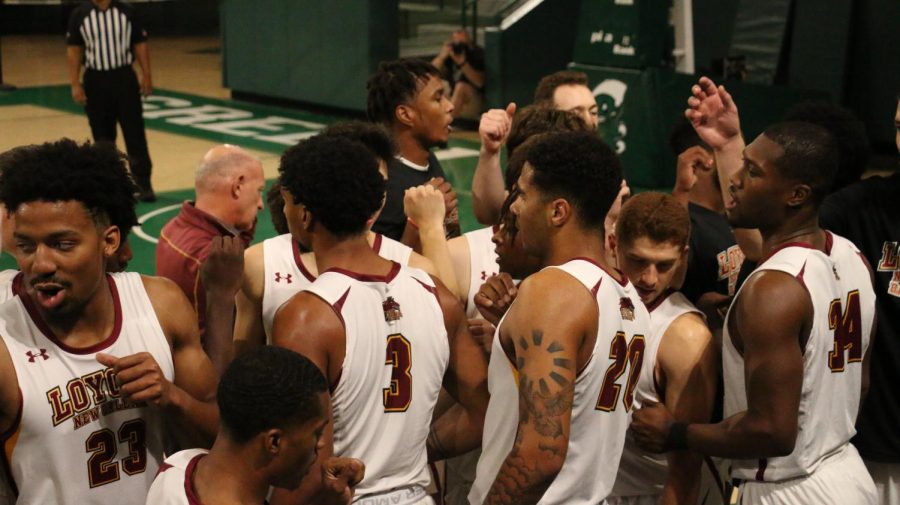 The men's basketball team strategize in a huddle during their game against North American University on Oct. 23, 2021. The game was played in Tulane's Devlin Fieldhouse as Loyola currently has no home court.

In a blowout game Loyola’s men’s basketball team defeated the North American University Stallions, winning by 78 points. At the final buzzer, the score was 134-56.

This game was the first of the season for the Wolf Pack athletes, who have been without a home gym since September.

Standouts from the game include senior Josh Leaney who played for 12 minutes and led the team with 24 points. Seniors Terry Smith Jr. and Zach Wrightsil followed him with 16 points each.

Before the game, the Wolf Pack ranked first in the Southern States Athletic Conference’s Preseason Coaches’ Poll. They are now 1-0.

The team will play next at Xavier University of Louisiana on Oct. 26 at 7 P.M. After a quick turnaround, they will travel to Dillard University on Oct. 28 for a 6 P.M game.