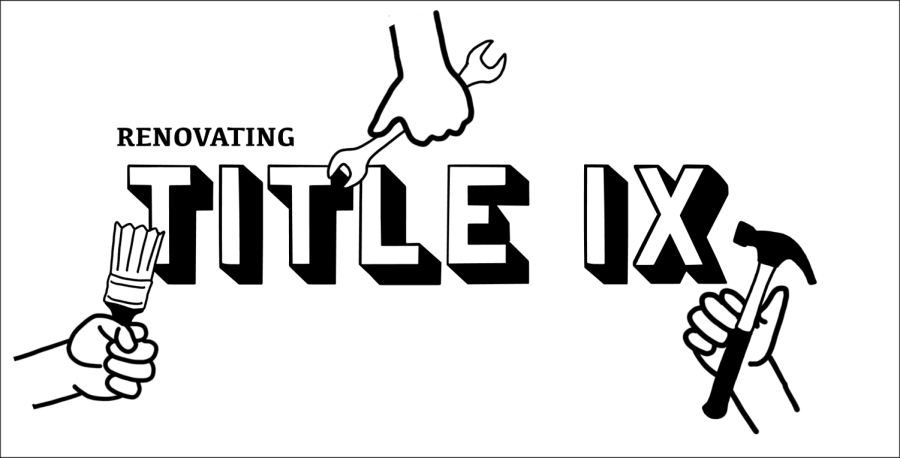 President Donald Trump sent shockwaves through university communities last year when he made a change to Title IX policy that meant victims of sexual violence had to take the stand during campus disciplinary cases against their assailants.

That was just one of the changes that “made things more difficult for survivors,” said Sharonda Williams, the general counsel and director of governmental affairs who is acting as the interim Title IX coordinator.

Now, any statements that are made, either written or verbal, do not require a witness to go to a hearing and be subject to questioning, she said.

That reversal is just one of many changes experts expect Biden will make to the federal Title IX process governing how universities respond to sexual assaults.

“I think we all know that changes are on the horizon,” Williams said.

Those changes are happening while Loyola is in the midst of two nationwide searches for permanent people to oversee the Title IX and campus disciplinary processes.

At Loyola, Title IX cases had previously been handled by a single person in conjunction with campus disciplinary cases.

Now, Marquita Morgan-Jones, interim chief student conduct officer and assistant director for residential community standards, helps students go through the Title IX process and should be the first person a student talks to if they want to file a report, while Williams makes sure the procedural process works correctly, according to Williams.

“That’s how we’re managing it until we get another person to do this full time,” Williams said.

When the new Title IX Coordinator is hired, they will be solely responsible for Title IX-related issues. This is a change from before, when the position was combined with Chief Student Conduct Officer.

While searching for the new coordinator, the school is considering student concerns.

Tyler Sanchez, vice president of the Student Government Association, is one of the student representatives on the search committee. He said he was eager for the role to be filled for many reasons, including getting someone who is dedicated only to Title IX.

“As soon as we can get somebody into this role, the university as a whole will be better off,” Sanchez said.

One of the tasks that the new Title IX coordinator will have will be managing all of the new changes to policy and making sure that the student body is updated on the new policies as they come about. Both Williams and Morgan-Jones emphasized how important it is that the new coordinator is already familiar with Title IX

“I am looking for someone with a high level of experience and expertise in managing Title IX processes,” said Morgan-Jones.

The most important role the new coordinator will have is helping students through the Title IX process, said Williams. She said she was looking for someone who is empathetic and can relate to students. Sanchez emphasized this, noting the emotional toll that Title IX can take on someone filing.

“You need a good person to be in that role,” said Sanchez.