Who’s on the ticket? The 2021 New Orleans mayoral candidates share their platforms 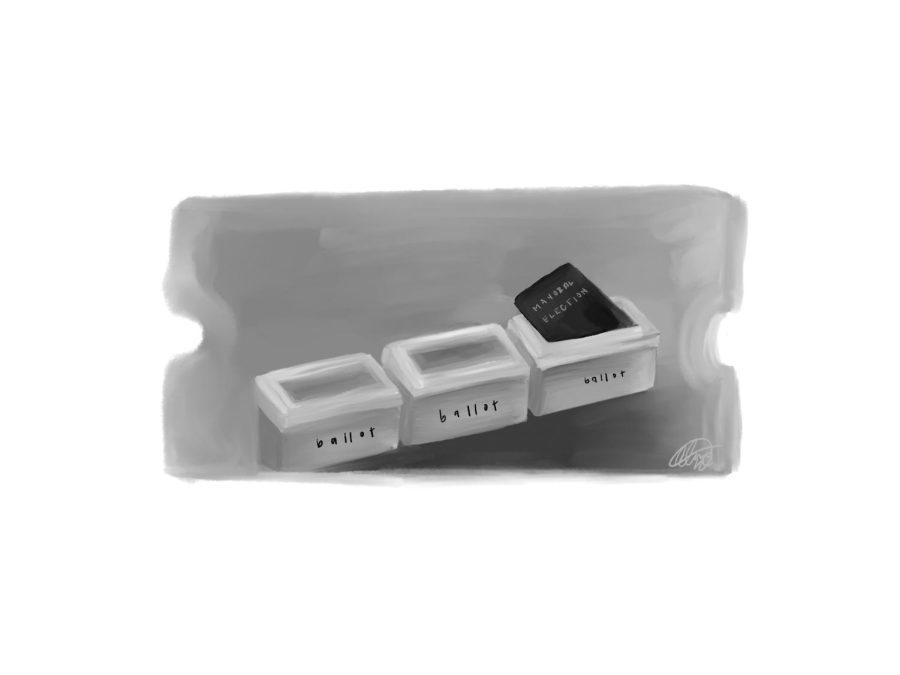 Democratic mayoral candidate Eldon Delloyd “El” Anderson said a focus of his campaign is protections for the elderly and youth. He plans to create a senior wellness task force and charter school oversight to address both groups. Anderson said within his first 180 days in office, he would address issues that affect quality of life in the city and create partnerships with small businesses and students.

Anderson said violent crime went up after the New Orleans Police Department’s Tiger Unit was ended in favor of the more marketable Violent Crime and Abatement Investigation Team, which was formed in 2020 as a partnership with the Federal Bureau of Investigation and Louisiana State Police to investigate shootings, homicides, and armed robberies. He said he plans to have monthly, detailed updates briefed by the Public Works Director and on to the City Council Member for each respective district.

“New Orleans deserves to be a safer city and we cannot afford to be overly passive toward the criminal element,” Anderson said.

Anderson said the New Orleans Recreational Development Commission’s youth operations have helped lower juvenile crime across the country and can reduce crime in New Orleans. He said partnerships are one of the campaign’s core initiatives.

Anderson said businesses in the city will work together with after school and summer programs to introduce high school youth to administrative operations.

“Future graduates will gain a sense of pride and respect for each corporation assigned while earning and learning,” said Anderson.

LATOYA CANTRELL
LaToya Cantrell is the incumbent mayor for the city of New Orleans running as a Democrat. Cantrell said she will focus on addressing the issues of public safety, infrastructure, housing, and youth and families.

Cantrell said she plans to invest in prevention, intervention, and apprehension systems to address the issue of crime. That includes post-detention support and the continued investment in youth, families, and community leaders to reduce the incidence of violence and repeat offenders, she said.

Cantrell said in her first term, her administration secured funding for a new substation to power the city’s drainage system. Her administration is making more than $2.3 billion in investments towards fixing potholes across New Orleans, she said.

She said she plans to continue to fight for more sustainable funding sources for infrastructure, including street drainage in her second term.

“I believe that making environmentally friendly changes to the city’s infrastructure is necessary to make progress that will last for generations to come,” she said.

Cantrell was part of the city council that unanimously voted to decriminalize marijuana possession in 2016, which she said is one of the first steps toward a more equitable justice system.

“The war on drugs has impacted the lives of so many Black and Brown people and our over-representation in the criminal justice system. We need to do away with laws that hold us back and that’s related to drugs that are connected to violence,” she said.

Hill said crime is escalating at an alarming rate and to combat that he will draft the Sheriff and Deputies to train with the New Orleans Police Department. He said this will help supplement the number of officers while training a new class of recruits.

Hill said crime can be reduced with community policing, which is a combination of both officer presence and community service.

“Officers will be knocking on doors introducing themselves to the neighbors as they walk the beat. After time their consistency will begin to breed respect and trust,” Hill said.

Hill said he plans to reintroduce light manufacturing and industry back to New Orleans East as well as adding more grocery stores and retail in the area.

“I will make marijuana recreational, no dispensaries, a licence system so anyone can sell anywhere, just like cigarettes,” Hill said.

Hill also said he wants to reintroduce penalties for absentee landlords and leverage the city’s system to reduce base costs in order to bring down the entire cost of living.

Hill said the community needs to reinvest into the youth by improving the school system to reintroduce shop, auto shop, home economics, and other in-school vocational programs. He said he plans to work with the Sheriff’s Department to create vocational programs for youth.

Jones also outlined his campaign plans to build a new complex to address the lack of affordable housing in the city.

Jones said he plans to develop a 2000 unit complex to help with housing and homelessness named Studio City.

Another one of Jones’ campaign promises is to hire 300 more police officers to combat crime in the city.

Jones also said he plans to purchase functioning turbines to improve street drainage issues within the city. Jones’ idea for economic development in New Orleans East is to build a shopping mall in the area.

Jones said he will “look into” legislation about marijuana and hold off on legalization.

Jones said the city should get people a living wage.

VINA NGUYEN
Vina Nguyen is running as the only Republican for the upcoming election. Nguyen said crime is the main issue she will address as mayor, which she said affects every aspect of life in the city.

“I myself was a victim of a carjacking and several theft attempts, just in the last six months,” Nguyen said. “Crime will only get worse if nothing is done.”

Nyguen said it is essential that more officers are hired because New Orleans is short by 550 plus officers.

She said the lack of communication between police districts allows criminals to commit the same crimes in different districts, often without being caught. She said her plan is to create more unity and cooperation within the NOPD.

Infrastructure problems are another area she will work on, which Nguyen said stem from mismanagement, not a lack of funding.

“Millions of dollars go into the city in order to fix our roads and bridges but somewhere in the bureaucratic nightmare that is this city’s administration this money is nowhere to be found,” Nguyen said.

Nguyen said the most opportunity for development in New Orleans is through attracting a more diverse array of industries such as science and technology.

“New Orleans has a plethora of untapped potential that we are not taking advantage of,” Nguyen said.

She said she wants to attract experienced school teachers that stay and invest in the community as a part of that. Making trade schools more available for all would help to improve the education system and broaden who it serves, Nguyen said

“As a business owner, I also believe that entrepreneurship is a powerful tool. As mayor, I want to encourage our youth to learn practical business skills that can help them find a job at a business or even start a business of their own,” she said.

Smith would aim as mayor to reduce crime in New Orleans through programs that tackle the issue of vandalism; she’d like to involve youth in the city in a positive way.

“These programs will focus on defaced public and private properties in the community, and how graffiti can benefit the entire community, ”Smith said.

Smith said she plans to hire youth in the city year round through urban design programs. Smith said these programs will be funded by the Delta Regional Authority (DRA) and will help form youth initiatives to remove some graffiti and foster the creation of graffiti with an artistic communal benefit. The youths hired will use social media, branding, marketing, and advertisement, to promote the art that is created as a result, she said.

Smith said she plans to administer the Mandatory Inclusionary Zoning which creates more affordable housing units in the city.

Smith said she also plans to revitalize and support small businesses in the city. She said an idea in her platform is attracting a manufacturing and textile industry into the Almonaster and Gentilly Corridors as well as improving the city’s recycling system.

Smith said that currently the “Build Back Better Infrastructure Spending Plan” is under consideration by Congress and if the bill is passed, she plans to apply for what is available in the $500 million allocated to improve the city drainage system and the $370 million to improve water and waste systems.

“Once New Orleans’s budget is independently audited, I plan to use urban inventions and ideas that are creatively working to beautify and redesign crosswalks,” she said.

The Maroon contacted Joseph Amato, Belden “Noonie Man” Batiste, Manny “Chevrolet” Bruno, Byron Stephan Cole, Luke Fontana, and Leilani Heno for this story and they did not respond for comment. Candidate Reginald Merchant did not provide a working phone number or email address to the Secretary of State’s office.