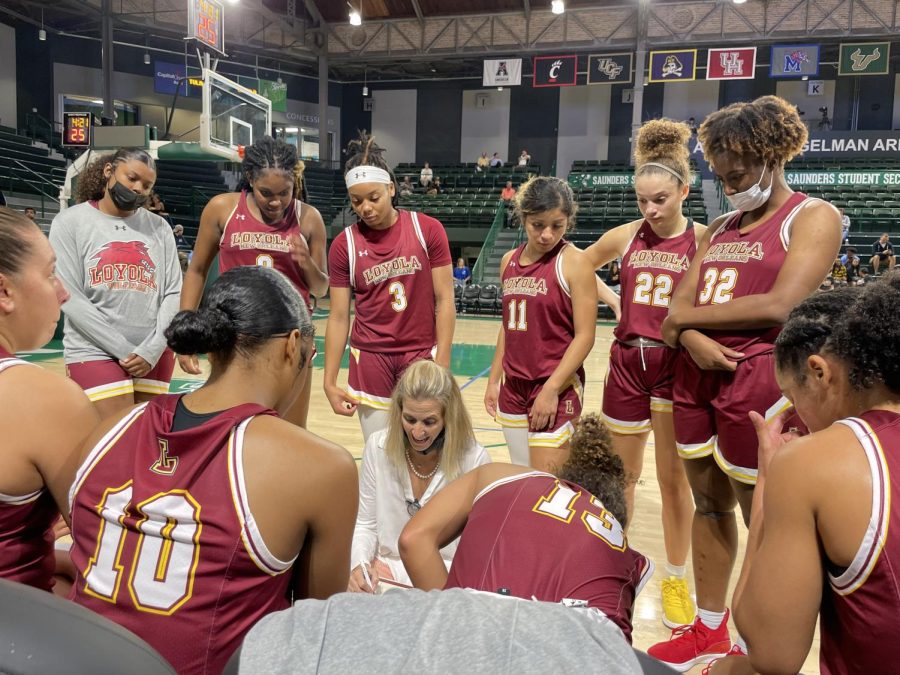 Leading into the season, the team ranked first in the Southern States Athletic Conference’s Coaches’ Preseason Poll. They are ranked 23 in the nation, according to the National Association of Intercollegiate Athletics 2022 Women’s Basketball Preseason Coaches’ Top 25 Poll.

Last season the team finished 21-2 overall, a program record for fewest losses in a season. They also won the SSAC Championship tournament for the fifth time since 2015 and made an appearance at the NAIA National Championship.

Both Thomas and Cannady were also honored by The Louisiana Sports Writers Association when they earned a place on the All-Louisiana Second and Third Teams respectively.

As they prepare for their first official game of the season, Cannaday said the team is aiming for another conference title and nationals appearance. Her personal goal is to be a leader on and off the court.

“I want to lead by example and show my teammates how hardwork and perseverance can pay off,” Cannady said.

Earlier this month, the team dropped exhibition matches to Tulane University and Louisiana State University, both NCAA Division One programs.

Through these two games, Wolf Pack fans were introduced to three new faces.

Junior Liz Critton, a transfer from McNeese State University, junior Sydni Tangle, a transfer from Southwest Mississippi Community College, and freshman MG Lymon all took to the court for the first time in maroon and gold.

After the game against Wayland Baptist, the Wolf Pack will play three more road games.

Loyola hasn’t lost a game to Middle Georgia State since 2014 and their record against Brewton-Parker is 10-2.

The team will return to New Orleans for a match against Xavier University New Orleans on Nov. 23 at 5:30 P.M. Loyola and Xavier have a 5-5 record, with Loyola last winning in 2017.