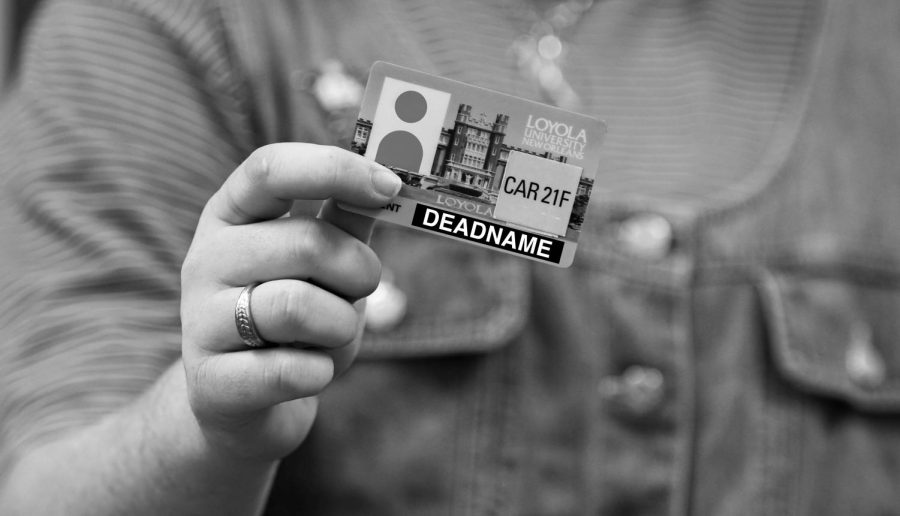 “You guys need to correct me.”

“Have you gotten the surgeries yet?”

“Sorry if I get it wrong, all of this is just so new to me.”

For too long, transgender students have been forced to keep their heads down and accept being misgendered, deadnamed, and treated as less than. The small things add up. It is exhausting for trans students to have their identities invalidated daily and be asked invasive questions by faculty and staff.

Their bodies and identities are treated as public property. People think that they have a right to say, ask, and do whatever they want to. To cisgender people, nothing is off the table. They ask invasive questions and justify their disrespect with curiosity.

The constant invalidation and transphobia has severe consequences. Transgender people are among the most vulnerable of society, and the university should be supporting them, not piling on the trauma.

Only 0.4% of the general population will make an attempt.

The university needs to prioritize the health and safety of its transgender students before it is too late.

Names, like statistics, hold power. Most transgender people choose to keep their deadnames private. Friends and teachers finding out the names they used to go by is humiliating. Transgender students should have the right to determine who gets to know their private information, but it’s withheld from them by outdated administrative choices, ignorant professors, and apathy from cisgender “allies.” The university and professors don’t have the right to determine what names students go by.

Transgender students carry around a card that has a name that they haven’t used in years. They have to use that card to get into their dorm rooms, get food, or pick up their mail. Multiple times a day, they are faced with a reminder that they’re still stuck in a body that doesn’t feel fully their own.

If such a small change makes a big difference in preserving the physical and mental wellbeing of transgender students is this simple, why won’t the university make the change?

Not only is there a physical reminder — the barrier is digital as well. Transgender students’ email adresses say the wrong name. If trans students want to email their peers for class, they’re immediately outed as transgender and their deadname is public.

The lack of respect and violation of privacy spills over into the classroom. Although students have the option to put their pronouns on LORA, professors don’t always respect them. Students who use they/them pronouns are consistently misgendered, with some professors making no attempts to use the proper pronouns.

The university plans on implementing a new computer system that will replace LORA, which has been around since the 1970’s. The new program will hopefully create a more streamlined name changing process, but why hasn’t this change come sooner?

We’re tired of hearing professors say that they/them pronouns aren’t grammatically correct or that they’re not used to using the pronouns yet.

Professors make excuses for their ignorance and expect their students to educate them. When professors use the wrong name or pronouns, correcting them can be more emotionally draining than the misgendering. Professors are in a position of power over us, so it can be daunting to correct them. Correcting someone in a crowded classroom can be anxiety inducing, and it draws more attention to the situation.

Transgender people aren’t a learning experience. They are human beings who are worthy of basic respect and recognition of their humanity.

Educating others is not their job. It is exhausting and humiliating to have to explain identity to someone, sometimes in a public setting in front of peers.

Faculty and staff need to go to training on how to respect their trans students, and the training needs to be led by trans people.The training should be mandated and provided by the university. Faculty and staff need to know how to interact with transgender students before they enter the classroom so that the cycle of retraumatization and humiliation doesn’t continue. Transgender students can’t be their professors’ experiment and walking encyclopedia on their identity.

Transgender students are tired of being alienated in the classroom and having to listen to excuses from their professors.

They shouldn’t have to carry the burden of teaching the people they’re supposed to learn from. The university needs to step up and stop letting its students be consistently disrespected and humiliated on campus. The rights and health of transgender people can’t be pushed to the sidelines anymore.

Transgender people deserve autonomy. They deserve to choose if and when people get to know that they’re transgender. They deserve respect for their identities and the right to privacy.

Transgender students are worth more than empty promises and consistent disrespect. For a university that is founded on a commitment to social justice and care for the whole person, Loyola needs to live up to its mission.

The editorial represents the majority opinions of The Maroon’s editorial board and does not necessarily reflect the opinions of Loyola University.