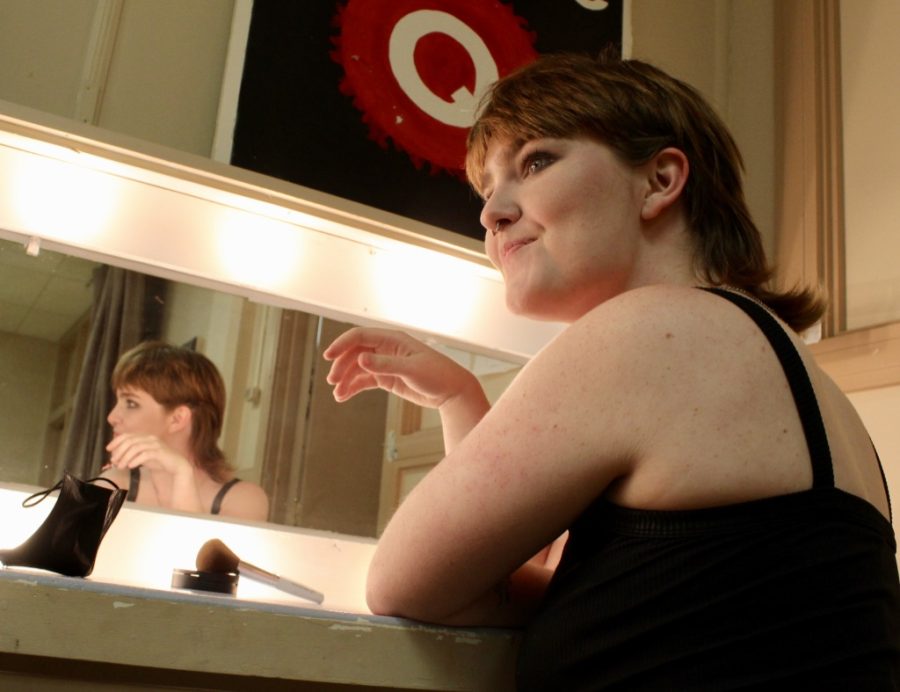 Transgender and gender nonconforming students say that Loyola’s records system and lack of mandatory gender identity training for professors is harming them by allowing misgendering and dead name usage on campus.

Some queer students said their deadnames— names assigned at birth that they no longer use— and incorrect pronouns are still on class rolls, Loyola’s study abroad portal, university I.D.s, mail, and emails.

Vice Provost Uriel Quesada said the university will introduce a new computer operating system next semester that will begin to address these issues, though it won’t be fully implemented until spring 2023. Quesada, who sits on the university steering team in charge of moving the new computer system program forward, said the system is “built for students” and is expected to allow them to enter and change their own information.

While LORA, the university’s current system, allows students to list a preferred name along with a choice of one set of pronouns, transgender students said they haven’t yet seen the changes in their everyday lives at Loyola.

Theatre Arts Sophomore Steven Pendleton, who uses he/they pronouns, said his dead name was still in his campus password. His study abroad portal said “female,” and he said no one could figure out how to change it.

Quesada said the system will make it easier for students to present their identities, though he said he doesn’t know all of the details yet.

“It’s an important step for Loyola,” Quesada said. “The main idea is to have a system that responds to the needs of the university in the 21st century, and that’s what we are working on.”

The university’s plan to install a system that manages Loyola will replace LORA, along with admissions and financial aid processes, but students said transphobic actions like misgendering and using the wrong name won’t necessarily be fixed through a computer system.

Music industry sophomore Violet Johnson, who uses they/them pronouns and identifies as transgender and gender fluid, said that difficulties that come with being transgender at Loyola are more than technological differences.

Johnson said that many older professors don’t understand how hurtful misgendering is for transgender students and that a “general ignorance” about the importance of pronouns and gender identity to students often comes with a lack of awareness.

One of Johnson’s biggest struggles has been learning how to advocate for themselves when they are misgendered by authority figures, they said, which they called something they “shouldn’t have to do.” They said a lot of times explaining their identity to their professors isn’t worth it and instead “makes (their) life harder.”

“It’s at the point where I don’t even mention it,” Johnson said.

They said they hope Loyola will make gender identity awareness “a bigger part of the conversation.”

Pendleton said they also hope for more gender neutral bathrooms at Loyola and mandatory training for educators to understand how to move forward if they do misgender a student. He also suggested adding some “pride-esque” events to the University Programming Board’s initiatives.

Kedrick Perry, senior vice president for equity and inclusion, said that he wants to remind transgender and nonbinary students that offices on campus are there for them. Perry pointed out his Office of Equity and Inclusion, as well as the Women’s Resource Center and Student Life and Ministry as places students can go with concerns or questions.

He also encouraged students to submit a bias complaint if they endure transphobic behavior. He said he’s had conversations with professors to make them understand how misgendering affects students, and in his experience, responses have been positive.

“I really feel that Loyola has some good people, and sometimes, these good people may not understand,” Perry said.

Perry agreed that Loyola’s antiquated technology can lead to the use of dead names in place of students’ preferred names as well as incorrect pronouns.

“Our systems are old and they are imperfect,” Perry said, adding, “If you do notice these things, let us know.”

Paolo Roy, who identifies as nonbinary and uses they/them pronouns, is a counselor at Loyola’s University Counseling Center. Roy said, in their experience at Loyola, they’ve seen students stop seeing therapists because they’ve been misgendered.

Roy agreed with Johnson and Pendleton that administrative resources for transgender and gender nonconforming students are lacking.

They said that the counseling center hopes to create a support group that encourages dialogue among people with gender nonconforming and transgender identities.

Roy also noted the intersectionality that exists when transgender or gender nonconforming people are also people of color.

“There are obstacles for families that are first generation immigrant families and families of color that often White families don’t deal with,” they said.

Perry said the ideal situation is for transphobia or bias to never happen at Loyola, but in the event that it does, he encouraged students to reach out for support.

“As a queer person myself, I take these issues very (seriously),” he said.

There are no plans as of yet to instate a mandatory training on transgender identity, Perry said, though he said he is creating new workshops that will further explain and help people learn about transgender students in higher education.

Perry said he is also hiring a coordinator of multicultural affairs at Loyola, which is another key person students will be able to go to, he said.

“If you are a victim of a transphobic act, remember it’s not your fault,” Perry said. “It’s theirs,” adding, “You should feel free to live your life as you want and especially here at Loyola.”