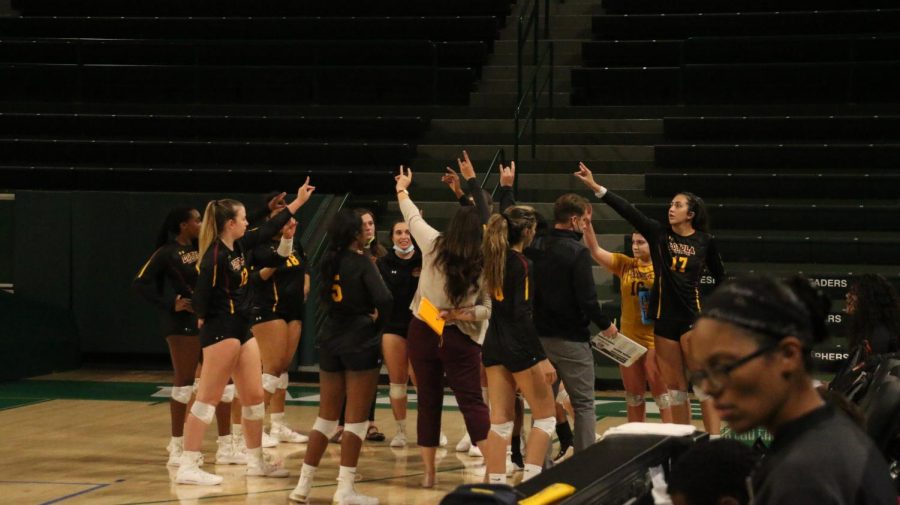 Ahead of the Southern States Athletic Conference Volleyball Championship, Loyola was named the conference's regular-season champions and received the top seed for the tournament. File photo.

Ahead of the Southern States Athletic Conference Volleyball Championship, Loyola was named the conference’s regular-season champions and received the top seed for the tournament.

This loss didn’t keep the Wolf Pack from advancing to the semifinals round against the William Carey Crusaders.

The teams played five sets, with Loyola winning the second, third, and fifth to advance to the championship round. The team had 66 kills, 218 attacks, 61 assists, and 113 digs.

Despite the loss, the Wolf Pack volleyball team has four major post season awards to celebrate.

Simone Tyson was named the SSAC Player of the year and freshman Simone Moreau was recognized as Co- Freshman of the Year. This was both athletes’ first season playing with the Pack.

Loyola will find out Monday if they will advance to the National Association of Intercollegiate Athletics National Championship Tournament.