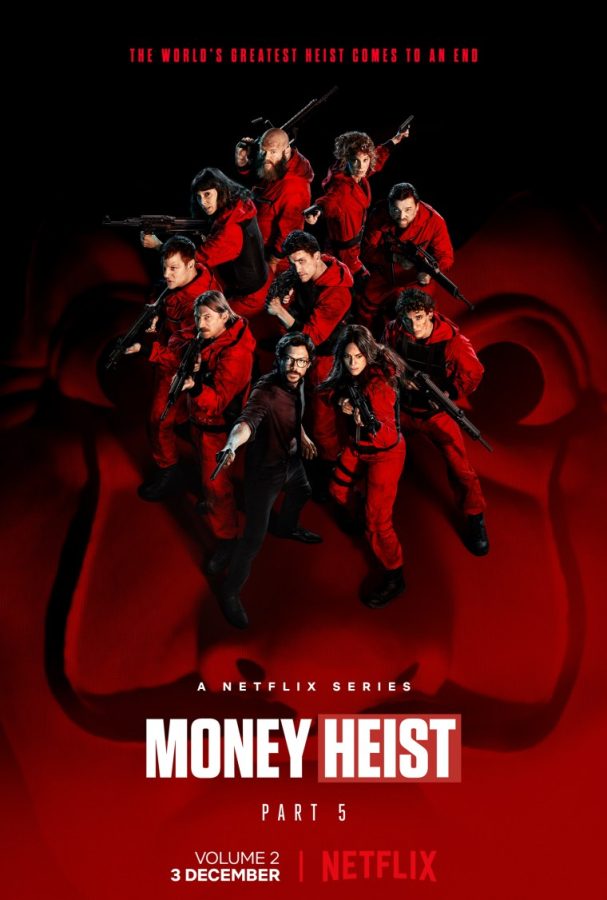 With finals season among us, it’s important to prioritize self care. What better way to do so than by unwinding and watching a film or TV series? Here are the latest releases to watch and stream this week.

Reeling from the apparent death of main protagonist Tokyo (Úrsula Corberó) in the part one finale, the Professor (Alvaro Morte) and his beleaguered team of robbers continue their heist at the Bank of Spain.

The second volume of the final season of “Money Heist” is now available on Netflix. Click here to stream.

The animated documentary film from Danish director Jonas Poher Rasmussen focuses on a man named Amin, who must face his past in order to secure his future. The secret he has suppressed for 20 years threatens to come in between several aspects of his life, including his relationship with his long-term boyfriend.

“Flee” is now available in theaters.

A couple (Keira Knightley and Matthew Goode) welcomes their dearest companions and closest friends to join them for Christmas dinner at their charming home in the English country. What seems like a wonderful and festive gathering quickly becomes an acknowledgement of what’s currently happening outside: mankind’s doom.

​​
Jacob (George MacKay) is a young man who believes himself to be a wolf trapped in a human body. He eats, sleeps, and lives like a wolf until his family becomes concerned and sends him to a facility with like-minded individuals. There, he meets Wildcat (Lily-Rose Depp), and they develop a fondness for each other. Jacob must choose whether to deny his actual self for Wildcat’s adoration or not.

“Wolf” is now available in theaters.

Diary of a Wimpy Kid

The animated film adaptation of Jeff Kinney’s famous book follows protagonist Greg Heffley as he strives to navigate through his middle school experience alongside his best friend Rowley. “Diary of a Wimpy Kid” serves as a reboot of the live action film series and is a comforting coming-of-age story.

“Diary of a Wimpy Kid” is now available on Disney Plus. Click here to stream.

Shaun the Sheep: The Flight Before Christmas

Shaun’s Christmas spirit turns into seasonal trepidation when a farmhouse strike causes Shaun’s cousin, Timmy, to unintentionally go missing. Will Shaun be able to retrieve Timmy before time runs out and he becomes another person’s present?

“Shaun the Sheep: The Flight Before Christmas” is now available on Netflix. Click here to stream.