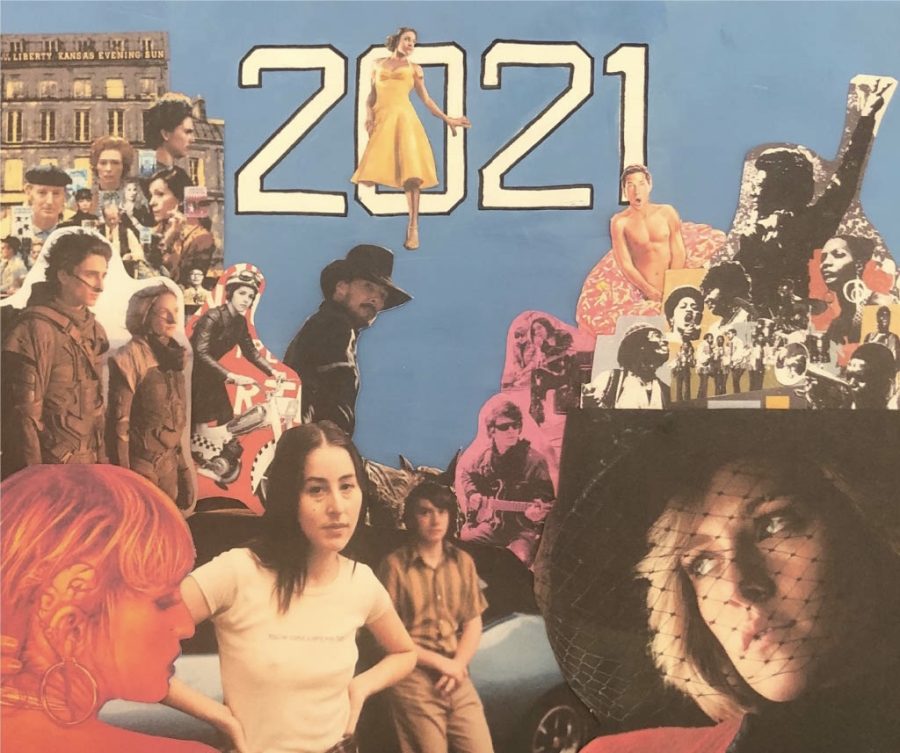 For cinephiles and casual viewers alike, 2021 marked a slow yet sure return to the movies. The reopening of movie theaters has seen a gradual resurgence of long-awaited blockbusters, from “Dune” to “Spider-Man: No Way Home.” The return of the festival circuit in person has produced loads of critics’ favorites, from “Titane” to “Drive My Car,” while streaming services have never been more eager to put their collective foot into the awards season, with Netflix, for example, releasing Jane Campion’s “The Power of the Dog” and Rebecca Hall’s “Passing.”

As my journey as a budding cinephile continues, I myself have seen my share of films that inspired, entranced, entertained, and baffled me. As we start a new year with uncertainty and hope for the future of film, I hereby present the 10 best films of 2021 (with 11 that almost made the cut). Take the journey by watching these films and then come back to reality, rewarded and a little more enlightened to face it.

Read the full review from The Maroon: With “Dune,” Denis Villeneuve has created an imposing science fiction film in keeping with his other equally impressive work. Its status as the first part of a sprawling work may strike some viewers as one long prologue amounting to virtually nothing, but it’s honestly a better approach compared to the mess that is David Lynch’s version. With all that being said, Villeneuve’s “Dune” is an awe-inspiring spectacle with ambition that soars as far as the panoramic, spice-filled deserts of Arrakis.

“Dune” is now available to rent or buy online.

From the first frame, it becomes clear that Steven Spielberg hasn’t lost his cinematic flair in his modern update of the 1957 Broadway play, which was previously adapted for the big screen in 1961 by Jerome Robbins and Robert Wise. Exciting, memorable and sincere, Spielberg’s “West Side Story” is the resoundingly epic culmination to a recurring series of musicals released in 2021.

“West Side Story” is now available in theaters.

Todd Haynes’s first music documentary exemplifies the unconventional style of his main subjects: the rock band formed by Lou Reed and John Cale in the 1960s that later broke countless boundaries for the genre. “The Velvet Underground” is more than a tribute to the band, as it also conjures up a fevered atmospheric portrait of New York City by paying homage to the 1960s experimental cinema of Jonas Mekas and Stan Brakhage with its form. Best played loud.

Click here to watch “The Velvet Underground” on Apple TV+.

Wes Anderson strikes again with a visually sumptuous delight. “The French Dispatch” reads like a charming visual representation of a particularly glossy magazine, and while its bracingly singular vision may end up alienating casual viewers, it’s a cinematic treat. Not that it’s entirely pleasing to the eyes at the expense of substance, as Anderson’s eclectic, quirky characters deal with the wonders and unpredictabilities of the world in their own entertaining ways.

“The French Dispatch” is now available to rent or buy online.

Much like Todd Haynes, Questlove’s first music documentary bursts with unparalleled energy in its celebration of a series of open-air concerts in Harlem in 1969. “Summer of Soul” features live performances from Black musical legends such as Stevie Wonder, Sly and the Family Stone, the Staple Singers, Mahalia Jackson, and Nina Simone, interspersed with interviews from musicians and fans reminiscing about the Harlem Cultural Festival. It’s a beautiful time capsule to a historic event that also makes a compelling case for why art – and music – matters.

Click here to watch “Summer of Soul” on Hulu.

Read the full review from The Maroon: Legacy is out of one’s hands once they pass away, but Pablo Larraín gives sound to the suppression and strength of the late Princess Diana’s voice in “Spencer.” Kristen Stewart’s performance matches the ambiguous nature of the biopic. While she does not mysteriously melt into an exact replica of Diana, her humanity and hushed nature is familiar. As we follow this woman through persecution, we empathize with her powerlessness, hoping for her peace and liberation.

“Spencer” is now available to rent or buy online.

Jane Campion returns after 12 years with a restrained yet ultimately satisfying gothic Western. “The Power of the Dog” quietly holds nothing back as it strips away toxic masculinity, personified in Benedict Cumberbatch’s powerful performance as domineering rancher Phil. With equally solid performances from Kirsten Dunst and Kodi-Smith McPhee, as well as a lingering score from Jonny Greenwood, the film smolders with sexual tension, jealousy and resentment.

Click here to watch “The Power of the Dog” on Netflix.

Paul Thomas Anderson presents a beautifully made epic tapestry of American cinema with “Licorice Pizza.” Watching it feels like chasing a cinematic high, as it explores the tricky machinations of young love as well as the unceasing need to be accepted as somebody. Featuring amazing performances from newcomers Alana Haim and Cooper Hoffman, PTA’s latest film takes a trip back to a fleeting moment in time where adolescence made one feel like taking on the world.

Fresh off her cannibalistic debut “Raw,” Julia Ducournau presents an unpredictable and thrillingly original second feature. “Titane” might as well be a much-needed shot in the arm for the movies this year, as it finds the French director in clear command of her ongoing fascination with gruesome body horror. Moreover, beneath the collision of industrial waste with malleable human flesh lies an unexpected modern tale of companionship in these troubled times.

“Titane” is now available to rent or buy online.