EDITORIAL: We need to support the pack 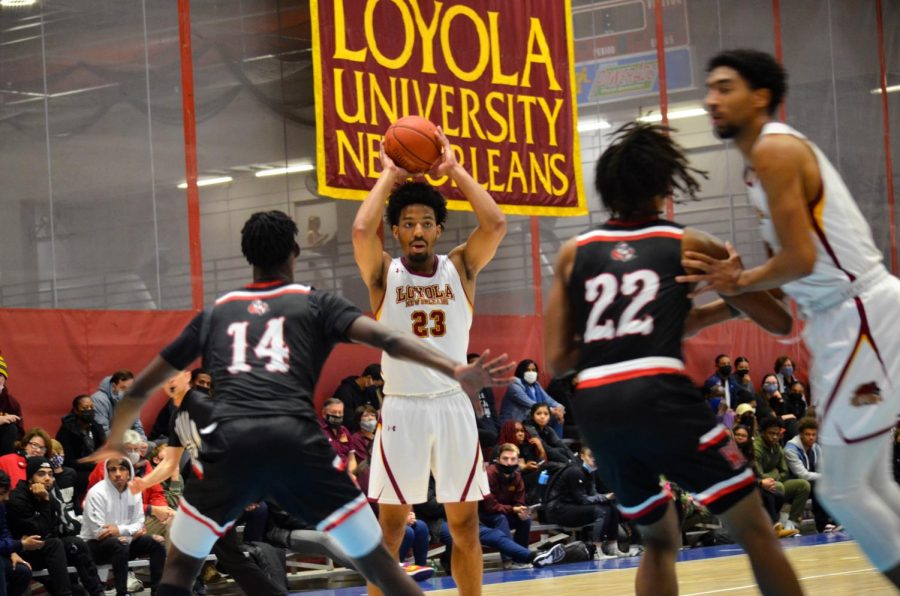 We’ve all seen the stereotypical high school jocks portrayed in movies. These are guys like Andy from “The Breakfast Club” and Archie from “Riverdale.” They’re the brainless athletes outfitted in letterman jackets accompanied by conventionally attractive, cheerleader girlfriends. We’ve all seen their ripped bodies and star-studded smiles that are supposed to make us jealous or weak at the knees but instead just piss us off.

But it’s also safe to say that we ran away from that shallow stereotype when we chose Loyola.

But let’s be honest: many of us didn’t choose this liberal arts college in southern Louisiana for overpriced concession stand food in cramped bleachers or Saturday night lights. We would’ve gone to LSU for that.

While many of us didn’t choose Loyola for its athletics, there’s no denying that we’ve got some badass student athletes.

The women’s basketball team coach of 14 years, Kellie Kennedy received her three-hundredth career win at Loyola, and the basketball team remains on top of their Southern States Athletic Conference standing.

Women’s tennis claimed a spot in the NAIA 2022 preseason poll. Lucy Carpenter had one of the best freshman seasons to date at Loyola reaching 8th place in the NAIA, making her Loyola’s highest ranking tennis player.

The women’s golf team ranked in the NAIA’s top 10 poll.

The men’s baseball team is gearing up for, hopefully, another successful season after their 36-winning game streak last year.

These accomplishments were no easy feats, considering the displacement many teams experienced after the University Sports Complex Center was damaged during Hurricane Ida in the fall.

The swim team adjusted to this dislocation by traveling to Ochsner Fitness Center in Harahan, Louisiana six days a week to practice, but they didn’t let that slow them down as they claimed a spot in the NAIA’s top 10 in early November 2021.

While we may have this narrative in our heads of how athletes are portrayed on-screen, Loyola’s student athletes do not succumb to those stereotypes. Many of them are scholars who hold some of the highest GPAs on our campus.

They’re students, just like us. They eat the same greasy pizza and over-cooked french fries in the OR, sleep in the same dingy twin-xl beds, and shower on the same run-down tiles as the rest of us. And they’re still giving it their all on the courts and on the fields— the same way many of us do when we are performing on stage, showcasing our art, playing instruments, putting on our white coats, or publishing a weekly newspaper.

We owe it to them to support them as they continue to succeed and break the mold. Take advantage of the free student access, and go to a game with your friends, watch a livestream, or retweet some stats from @LoyolaWolfPack on Twitter.