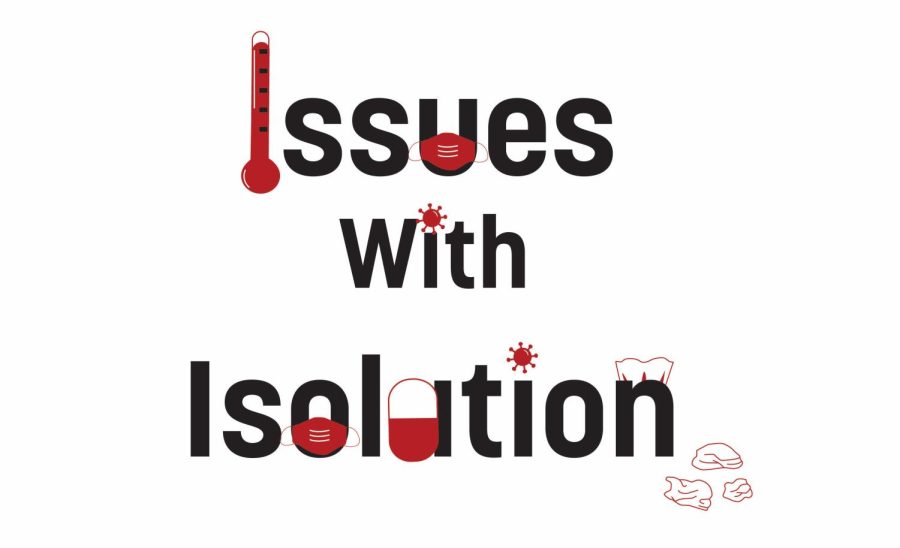 When Olivia Bell got in a Loyola shuttle to take her to isolation off campus in December, she didn’t know where the driver was taking her. Nobody had told her.
“I was confused,” Bell said. “I just had to trust that they were taking me to the right place, wherever that was.”
That place ended up being the Dauphine Orleans Hotel in the French Quarter. Bell, a popular and commercial music freshman, was one of a number of Loyola students who had to isolate there with COVID-19 after the on-campus isolation rooms on the top floor of Buddig Hall filled up. She said that when she moved back to campus to finish her isolation after space opened up in Buddig, her already frustrating experience got worse. The lack of communication she experienced that first day, she said, was characteristic of her experience the whole time.
Bell is not the only student who was upset with the way that Loyola administrators handled isolation. Several students said that they felt that Loyola did not provide them with adequate resources during their time in isolation on campus—or, in Bell’s case, both on and off campus.
Isolation on campus is organized and facilitated by Residential Life and Student Health Services. The CDC notes that isolation, which “separates sick people with a contagious disease from people who are not sick,” is different from quarantine, which “separates and restricts the movement of people who were exposed to a contagious disease to see if they become sick.”

One cause for distress for many isolated students was the food they were provided with. Associate director of public affairs, Patricia Murret said that those in isolation receive meals “based on the student’s frequency request” and that they are offered a choice between the simple servings station or the hot meal line in the Orleans Room. However, all students who spoke to The Maroon about their experiences in isolation said that they had no say in what food they received, how much, or how often.

Students were also frustrated that there was no university-wide plan for how they could keep up with academics while in isolation. Instead, they were left to work out a plan with each professor individually.

Bell was particularly frustrated because she believes she caught COVID-19 at an official Loyola event.

“Everyone who I talked to, everyone who brought me food or helped me out or anything like that was great and they seemed like they were trying their hardest,” Mia said. “But it just seemed like there wasn’t enough staff to do everything.”

While both Bell and Mia were in COVID-19 isolation at the end of the fall 2021 semester, students isolating this spring expressed similar concerns.

Murret said that answers to many common questions about isolation can be found on Loyola’s website. She also noted that Loyola is following up-to-date CDC guidance, which means that students may only have to isolate for as little as five days if they test positive.

“If you have symptoms, even if you just think it is due to allergies or the weather, don’t go to class,” she said. “You don’t want to find out later you tested positive and had spread it to others.”