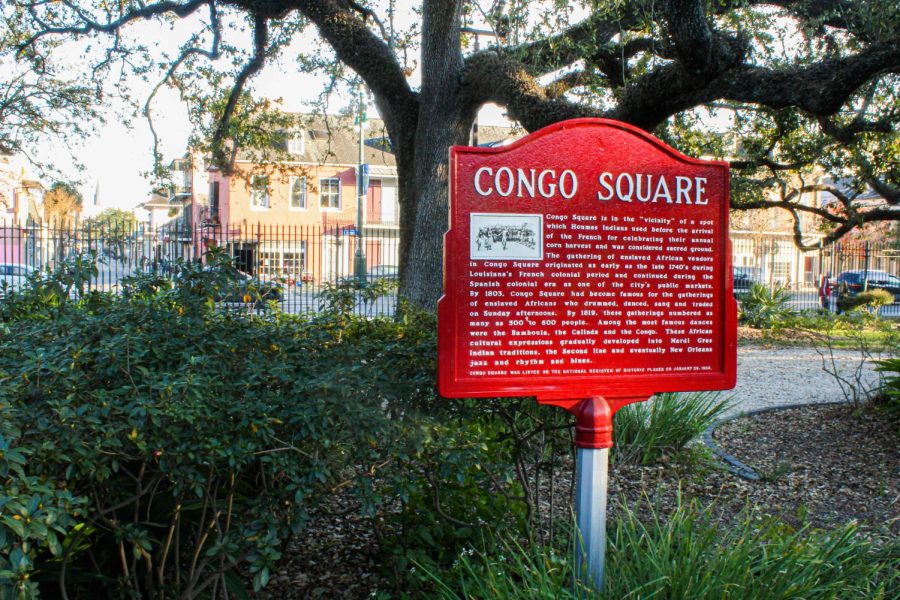 For Alaina Paul-Mensah, the connection between New Orleans and West Africa is undeniable.

Paul-Mensah and her foundation, Queens of Africa United International Foundation USA, are inviting people to celebrate the connected Carnival traditions of West Africa and New Orleans at their 2022 Krewe of Africa Kings & Queens Descendants Gala.

Paul-Mensah is the founder and CEO of Queens of Africa United International Foundation USA, a nonprofit organization that educates Americans on African contributions to American history and provides aid to children in Ghana.

Paul-Mensah said that her organization is holding the gala to educate people about the cultural and spiritual connection between New Orleans Mardi Gras and West Africa.

“Our ancestors from West Africa created New Orleans,” she said. “It was our ancestors that created the city of New Orleans and its rich culture and entertainment such as the Carnival that was renamed the Mardi Gras by the Roman Catholic Archdiocese.”

Dawson McCall, a professor of African history at Loyola, said that enslaved Africans shaped New Orleans culture by continuing to practice traditions from their homelands in the face of severe oppression.

“The challenge for a lot of enslaved Africans and their descendants in the Americas was how do you do those things you’re interested in in a circumstance where you’re coerced into adopting other social practices or not allowed to do certain things,” McCall said. “In New Orleans, this took a lot of shapes, the most famous is probably Congo Square.”

Under French colonial rule Sundays were upheld as a day of rest in New Orleans, even for enslaved people, McCall said. Beginning in the late 1600s, Congo Square was used as a gathering space for the city’s enslaved Africans who would come together every week to perform dances, play music, and visit with one another.

The music and dances performed at Congo Square held religious significance for their participants and developed from traditions enslaved Africans would have experienced across the Atlantic in the Senegambia region and modern day Angola, McCall said. These celebrations laid the groundwork for the creation of jazz music and influenced how Mardi Gras is celebrated in New Orleans today, according to McCall.

“New Orleans Mardi Gras is kind of like the symbolic high point of New Orleans’ dance, musical, festival, celebratory culture,” McCall said. “I think that it speaks to the broader social milieu that Africans contributed to even while being enslaved and speaks to the strength of West African culture.”

Marisela Guity, president of the Loyola Caribbean and African Student Association, said education about the connection between New Orleans and West Africa is vital.

“People need to pay more homage to the people that came before them and technically built the city from scratch,” Guity said. “I feel like African peoples’ contributions to New Orleans culture are underrepresented compared to European influence.”

Guity said Loyola students should reflect on African contributions to New Orleans’ Mardi Gras while they’re out having fun.

Paul-Mensah said that proceeds from the Krewe of Africa Kings & Queens Descendants Gala will be given to support her organization’s “Divine Order Kids Program”. The program provides food, social outlets, financial literacy, life skills, and American English education to children across Ghana, she said.

“If you change the mind of a child, to be honest, positive and productive, you will change the world to be a better place,” Paul-Mensah said.