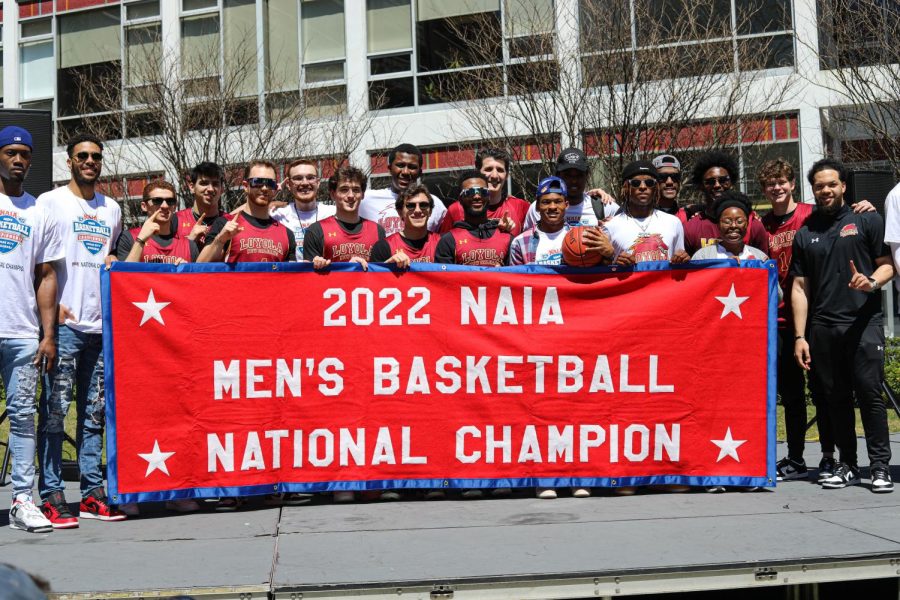 The Loyola men's basketball team holds up a banner that celebrates its championship win on Thursday, March 24 on Loyola's campus. The Wolf Pack won its first NAIA championship since 1945 this week.

Loyola senior Zach Wrightsil said that the feeling is overwhelming.

“Feels incredible, this is something that we’ve been working for,” Wrightsil said.

Senior Myles Burns said that he will never forget this experience.

“I’ll always remember you know playing the biggest game of my life and this is the biggest thing I’ve done in a really long time so it means a lot,” Burns said.

Wrightsil said that it is an honor.

“We had a dream to come out here and win a national championship and put it on for the city first one in 75 years and we finally did it,” he said.

Burns admitted that there were many roadblocks.

“When you make history especially with a group of guys like this and especially the obstacles and the situations that we were able to push through, it means everything,” he said.