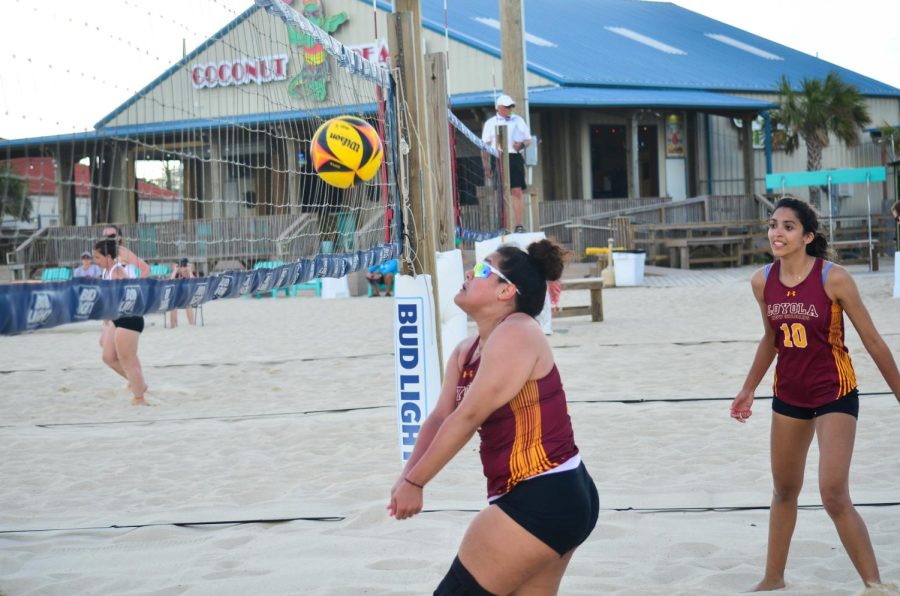 Senior Gabriela Martinez looks on as junior Milabella Vasquez goes for the ball at Coconut Beach in Kenner, LA on March 29. This was the team's final game of their first season.

Sunscreen. Sandy toes. Cool shades. The beach volleyball team experienced these for the last time together this season on the court March 29.

The beach volleyball team ended the roughly three week season with one win under their belt from when they played Lagrange College on March 26. For biochemistry freshman Simone Moreau, she said that was what the team had hoped for.

“We talked about, at the beginning of the season as a team, how at least one win this season would make us excited about continuing the beach program here at Loyola,” she said.

“Next season since we have the experience now and know how to play we’re really excited to just get back at it,” Boswell said.

Before the next beach volleyball season in the spring, players will be returning back to the indoor courts during the fall.

Moreau said, “we’re just really excited to see how our training on the beach is going to affect our indoor game.”

Daniel Schwalm contributed to this story.