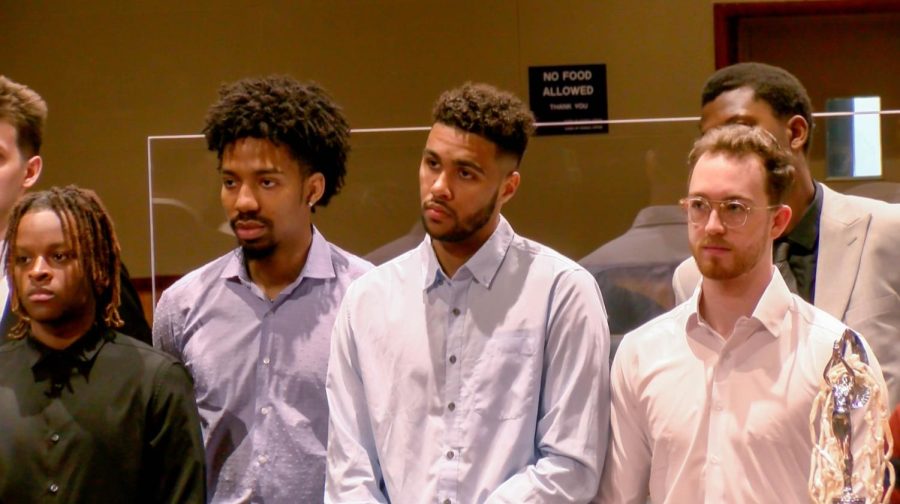 City Councilwoman Helena Moreno invited Loyola’s Men’s Basketball team to be honored at City Hall on Thursday, April 7. Loyola captured its first national championship since 1945. President Tania Tetlow, who is set to leave Loyola, also received an honor for her service as Loyola president at the meeting.

Loyola senior and NAIA National Player of the Year, Zach Wrightsil, was one of the teammates to attend.

“To come back home and get all this media attention and recognition by the city, it really just shows what we did this year and how special that was,” Wrightsil said.

Men’s basketball Head Coach Stacy Hollowell said that he is pleased with his team’s effort this season.

“The guys put in a lot of hard work and have helped restore some interest in the university’s basketball program, and to be honored here by the city council is special,” Hollowell said.

Hollowell said that this honor not only puts a reflection on Loyola, but it reflects the entire city of New Orleans.

“Our team went through some adversity this year,” he said. “They didn’t complain. They regrouped, they buckled down, they fought together, they worked together to get things done, and I think that affects the energy of our city as well.”