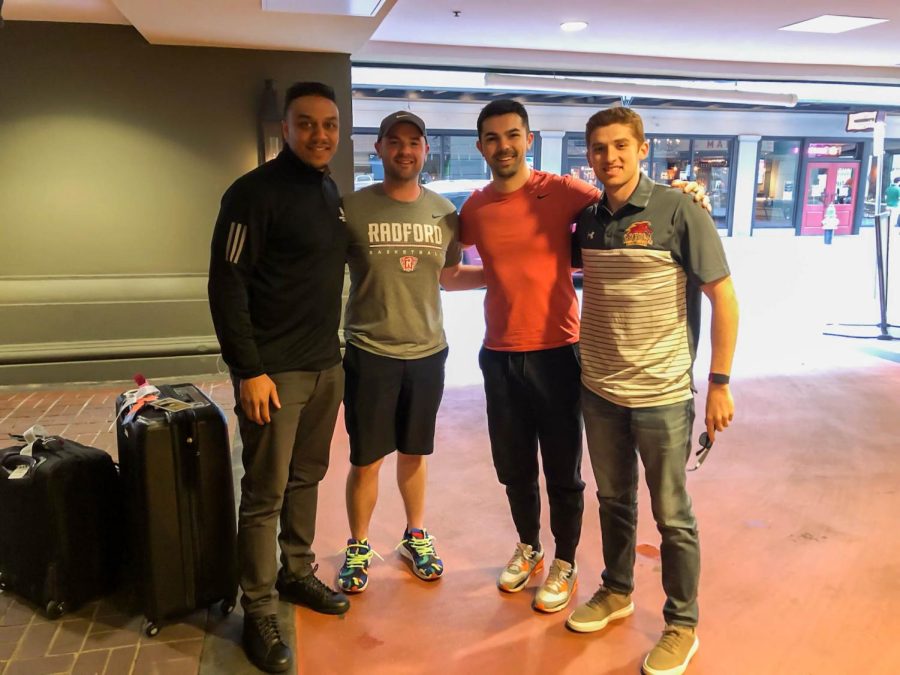 Andrew Fava doesn’t fit the typical idea of a college basketball player.
Having earned his first master’s degree in Business Administration, he is already working on his second master’s in marketing and communication at Loyola when others haven’t finished their undergraduate degrees. Fava played two seasons of college basketball at University of Florida before transferring to play for the Wolf Pack for another three. With a good deal of experience playing on the court, Fava has made it clear he hopes to take that knowledge into a career coaching from the sidelines.
Recently the NCAA Men’s College Basketball Final Four was in New Orleans and Fava, hoping to get his foot in the door of college coaching, sent out a tweet that helped him do so. The tweet read “ATTENTION ALL COLLEGE COACHES! I AM OFFERING FREE AIRPORT RIDES tomorrow (3 COACHES AT A TIME) to their hotel! I just finished my playing career at Loyola New Orleans and am looking to get into college coaching! Please DM me with your flight information!”
The tweet has more than 700 retweets and 7,000 likes.
“The main goal was just to really be able to naturally talk to coaches without it being forced,” Fava said.
Fava had never sent out a tweet before this went viral, and he said didn’t even know how to turn his direct messages on at first.
“I did about 12 airport rides over the weekend and drove about 20-something coaches,” Fava said. “I really just asked them their story and asked them what their past was. I asked for advice, it was beneficial because I got a lot of different perspectives in coaching and getting into college basketball.”
Fava also gave rides to some support staff and family members, he said.
“I have a better understanding of the industry,” Fava said. “I also got a better understanding of different aspects of coaching, it’s not just what you see on the court. There’s recruiting, cutting film, the operations side, and you have to be able to do all of that. A lot of coaches find their specialty, so being able to find your ‘niche’ is the best way of moving your way up.”
Fava said that though no future opportunities have come yet, he remains positive about the relationships he developed over the Final Four weekend.
“No one ever has the same path getting to where they are, so I enjoyed hearing their stories and getting to share my story,” Fava said.