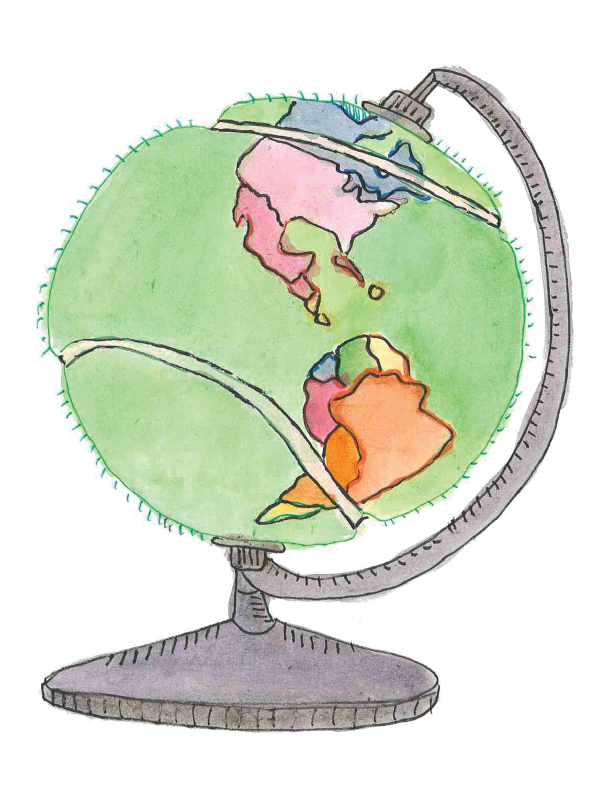 Mathilde Camus always imagined students’ first day arriving at college being in a car that was packed with their belongings and family. For Camus, who came to Loyola from Nice, France to play tennis, that wasn’t the case.
“I only had like one suitcase when I came and that was it,” she said.
Loyola, like most other universities in the country, has a high population of international student-athletes recruited to their tennis programs, according to Head Coach Matthew Llewellyn.
“It’s definitely a super cool opportunity for the players to be around a lot of kids from different cultures and backgrounds,” Llewellyn said. “They’re able to see the world a little bit differently through getting to know each other.”
Across the country, tennis programs look to recruit international players because of the global popularity of the sport outside of the U.S. and the growing opportunities for student-athletes, but at Loyola, there is a lot more to offer, according to Llewellyn.
“Kids that are from Latin-American countries, which are Catholic dominated, show a lot of interest in Loyola because we have that presence as a Jesuit University,” Llewellyn said. “They want to play good tennis and having weather and a community similar to at home is just a bonus.”
Camus was recruited by the previous coach at Loyola and experienced a typical recruiting process many international student-athletes go through.
“My only request for school was that I didn’t want to be in the middle of nowhere. Most colleges that I talked to were in the middle of nowhere, except Loyola,” Camus said.
Camus went from playing in a tennis academy in France to spending a summer at Saviano High Performance Tennis Academy in Florida. From there, she was connected to the University Sports Program, a recruiting agency in Miami.
Camus then played at a showcase through the program where she met Loyola’s tennis coach at the time.
“I didn’t even visit. It was just a done deal,” Camus said. “As an international student, you don’t have a car or anything, so I really loved how Loyola was in a city and how accessible everything around me was.”
Freshman Diego Rodriguez from Panama City, Panama, tells a similar tale of his recruiting process.
“I knew I wanted to play tennis in America, so I wrote emails to some universities,” Rodriguez said. “I got some offers, but I already knew about Loyola because of a friend who graduated already.”
Rodriguez never visited Loyola like Camus, but communicated through email and phone calls with Coach Llewellyn without any assistance from recruiting agencies.
International students typically don’t visit Loyola before committing to the tennis program, but there is an extensive process that occurs virtually, according to Llewellyn.
“We’ll watch videos of them playing on a Zoom, and then we’ll sort of watch professional matches on YouTube together on Zoom so I can see how they view the game and they can see how I am as a coach,” Llewellyn said.
Llewellyn also keeps up with recruits by consistently messaging and making phone and video calls, so he can try to create a relationship before they meet in person.
“All these kids have options,” Llewellyn said. “They have to at the end of the day make a decision and that has to be stressful to them especially while not always having the same opportunity to visit in person.”
After arriving at Loyola, Rodriguez faced difficulties with finances and homesickness, which are common for many international student-athletes.
“Panama is very very cheap, so even though we use the same currency, I feel like I don’t have as much money here as I normally would. I do struggle financially sometimes,” Rodriguez said.
Both Rodriguez and Camus shared sentiments of feeling homesick, but both utilized their school breaks to visit family as much as possible.
“Being homesick affected me freshman and sophomore year, but that was about it,” Camus said. “I’m definitely happy I chose Loyola. I love the people, I love the school, and I love the team.”