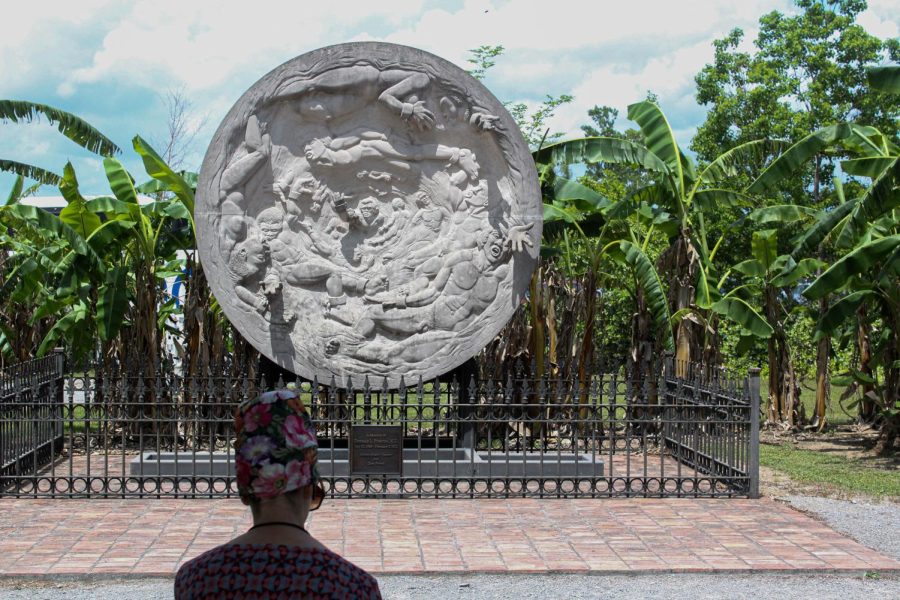 As the city of New Orleans moves to change the names of streets and buildings that honor Confederate figures, the image of the antebellum South still lingers within plantations across the state.

Dozens of preserved plantations are still in operation around the state, including a few in the Greater New Orleans area. Many plantations cater to tourists with advertising that emphasizes the beauty of plantation homes and gardens over education about Louisiana’s history of slavery. Researchers and professors alike are exploring how representations of plantations and the antebellum South in media and advertising affect how tourists view the slave-related historical sites they visit.

“The irony today is that Black culture is the main draw to New Orleans tourism,” Cannon said.

Cannon said ideas of what a plantation represents won’t be easy to replace in some people’s minds. He said the idea of slave ownership was the American Dream at one point and that some people hold onto that dream because it is important to them.

“These places are sort of a White privilege fantasy of what people view as a simpler time. It wasn’t simpler, but I think people see it that way,” Cannon said.

However, Cannon said some plantations in the state have started to change this narrative. Cannon said the Whitney Plantation and the Laura Plantation: Louisiana’s Creole Heritage Site are two of the sites that have prioritized telling the story of plantations from the enslaved people’s perspective.

Joy Banner is the director of communications for the Whitney Plantation. She said when John Cummings bought the plantation in 1998, he wanted to make Whitney a place that would tell the story of the people that were enslaved there. Banner said Whitney is now a nonprofit organization and their foundation is run predominantly by an African-American board.

“Plantations have a responsibility to tell this truth because we are still dealing with the plantation system that’s impacting our community, especially Black descendant and rural communities,” Banner said.

Banner said many plantations were renovated and interpreted in a way that promoted the mythology of what plantation life was like.

“These tours were designed to entertain rather than to educate. You don’t have any space that is dedicated solely to enslaved people,” Banner said. “I think Whitney is the only one that is marketed and understands that our experience is designed for a Black audience.”

Banner said one way plantation systems were preserved in Louisiana was through descendants of plantation owners selling their land to the petrochemical industry, who built polluting industrial facilities that have worsened the health outcomes of Black residents of the Mississippi River corridor.

“Cancer Alley” is a section of the Mississippi River corridor between Baton Rouge and New Orleans that is home to dozens of high-emitting petrochemical plants. The communities in this area are predominantly Black and have experienced high rates of cancers and diseases due to their proximity to these plants.

Banner said as plantations were owned by wealthy White communities, so are the petrochemical companies that are still negatively affecting the lives of Black communities in the region. Banner said the present day subjugation of Black Louisianans by White-owned corporations makes the narratives presented at most of the preserved plantations in the state so dangerous.

“These systems are not going away, and by having these institutions that are preserved, uplifted, and supported with public money sometimes, it is saying ‘here’s your place in society.’ If you are White, if you are a plantation owner, if you are wealthy, then this is where you are. But if you don’t fall into any of those other categories, including poor White people, then you have to obey,” Banner said.

Perry Carter is an associate professor of geography at Texas Tech University and has done extensive research on the demographics and attitudes of visitors to Louisiana plantations.

Carter said he and his team of researchers reported that many people come to plantations in Louisiana with the intention of visiting a beautiful place with history and the mystique of the Old South.

Candace Forbes Bright, assistant professor of sociology at East Tennessee State University, worked in that team of researchers alongside Carter.

Forbes Bright said the research she’s done examines why people visit plantations. She said there is a lot of research on what plantations are offering, but she and a group of other researchers wanted to understand how tourists are driving the industry. She said this research has been expanded into a book to further explore the tourism industry at plantations across the state.

“People see it as an opulent place, like a place with gardens and beauty. There’s an image of an opulent old mansion with the trees that’s also portrayed in the media,” Forbes Bright said.

Cannon said the demographics of who participates in plantation tourism have been influenced by media, as he said narratives that glamorize the antebellum South have been pushed in film and television.

“An aging group of Americans grew up on that idea. ‘Gone with the Wind’ is a Hollywood masterpiece. White people all over the country are attracted to that,” Cannon said.

“We do see that there’s a shift in what people want, but that the sites aren’t matching that shift yet,” Forbes Bright said.

Many plantation sites host events such as weddings, and Forbes Bright said that she knows through interviews with owners of plantations that many owners noted that weddings are a large stream of income for them.

“If you advertise yourself as gardens and opulate old mansions, then of course it has that ring of southern romanticism,” Forbes Bright said. “But there has been more of a pushback in recent years.”

“There’s a lot of comparison now to Holocaust sites. You wouldn’t get married at Auschwitz,” Forbes Bright said. “At some point, you have to realize that there were grave crimes against humanity that were committed at these sites.”

However, many people still see plantations as nothing more than places with beautiful gardens and scenery. Forbes Bright said that while doing research at Oak Alley Plantation, the researchers saw people taking graduation pictures and engagement photos in front of the slave cabins.

“People kind of walk through the site with these blinders on it and see it as charming and beautiful and have this historical element without really thinking that these sites were built by and maintained by human slavery,” Forbes Bright said.

“It’s not uncommon for you to end up being at a plantation for a wedding, party, or a social event because that’s how limited the resources are and how much our quality of life is not really invested in,” Banner said. “The only things capitalized are plantations and plants.” \

Event businesses like Elle R. Jae Events are pushing back against the idea of plantation weddings. Fresh Johnson is the owner of the event-planning company,  and started her business in 2007 when her best friend got married.

Johnson said her business does not do plantation weddings as she has never been a fan of them.

“I just associate so much of my ancestors’ pain with that space and I just didn’t want to have to navigate that energy and label it as a good time,” Johnson said. “I believe that everyone has their market and audience, I just won’t claim it as mine.”

Banner said the biggest question is where to draw the line with plantation weddings as many places in New Orleans, such as restaurants, have a history of enslavement as well. She said that the community has to acknowledge that slavery existsed everywhere. Banner said many people don’t understand that New Orleans was a major port where enslaved people were bought, sold, and shipped to plantations across the South.

“Now, people are understanding the full truth of plantations. If we as an audience say, ‘I don’t want to get married at a place where people were tortured and the and the owners are not doing anything to even acknowledge it’, then that’s what’s going to change things,” Banner said.

Forbes Bright said some plantation sites are changing under growing pressure from consumers.

“It’s supply and demand. Things will change as more people show up with an expectation to learn about slavery and give the feedback to the sites that these are the right places to talk about these issues,” Forbes Bright said. “But unless the site also believes that people want this change, it’s going to stay the way it is right now,”

Banner said when people are taking down the myth of the plantation, people should educate themselves about Whiteness. Whiteness is a social construct upheld by institutions that give advantages to White people and White-passing individuals in the United States.

“This myth and this identity of Whiteness that has been projected on them, especially as White Southerners, that’s not the reality. So I think there needs to be a reckoning of what it means for you and your White identity if we’re telling the truth about plantations and Black culture,” she said.

In order to move the public’s thinking forward, Banner said people should take advantage of the free online resources that the Whitney Plantation created to supplement visiting a plantation.

Banner said the story of Black people in the U.S. should be portrayed as more than just Black trauma.

“You can lean into teaching Blackness or being more representative without necessarily always having to be immersed in trauma,” Banner said.

Banner said that overall, these sites are important for education and genealogy purposes as most of the time, Black people’s genealogy is traced back to these sites.

“These sites for Black Americans are the spots of our African-American origins. Our history runs directly parallel to the sides,” Banner said. “If institutions and plantations realized that these spaces are so vital to African-American history, then there is a market to become an institution of research, education, and to become spaces where Black communities and people interested  in learning more about the institution of slavery can come together.”