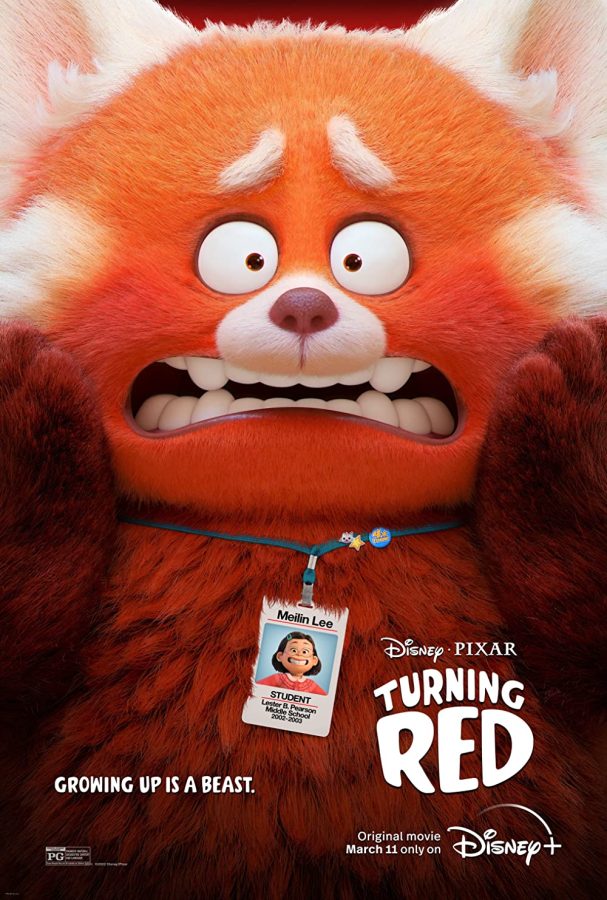 Pixar’s latest movie “Turning Red” has faced a great deal of controversy from the moment the first teaser trailer appeared online. From parents to film critics, it seemed to be making everyone on the internet angry. I myself held little hope for it upon my first viewing, but I’m happy to report that not only has it become one of my all-time favorite movies, but it is also one of Pixar’s best. The film is not too mature, alienating, or whatever the reviews may say. It is a beautiful story about female friendship, family, and the trials of growing up.

The film follows the story of Meilin “Mei” Lee (Rosalie Chiang), a 13-year-old girl who discovers that she is cursed to turn into a gigantic red panda whenever she feels strong emotions. Mei’s mother, Ming (Sandra Oh), implores her to partake in a ritual to break the curse, while her closest friends encourage her to embrace it. Mei is subsequently forced to juggle her need to appease her overbearing mother and her desire to be herself with her friends.

The film was directed by Domee Shi, Pixar’s first solo female director and also features the animation studio’s first all-female leadership team and first film with an Asian-American woman in a leading role. Shi based the film off her own experiences in Toronto, Canada with immigrant parents in the early 2000s. The colorful film is littered with 90s references, hilarious jokes, and lovable characters. It has also amassed a large internet following from people who adore the film’s unique cast of characters, as well as its catchy original music by Billie Eilish, Finneas O’Connell, and Jordan Fisher.

Early reviews of the film claimed that it was “too alienating,” saying that not everyone can relate to the female pre-teen Chinese-Canadian experience. These reviews, coming mostly from White men, fail to recognize that this film may not have been made with them in mind. For all intents and purposes, this is a film made by women of color for women of color.

I cannot speak on its Asian American representation as someone who comes from a different demographic, but as a woman, I saw myself in every character — through how they spoke, acted, and interacted with one another. The film does an amazing job representing genuine female friendships between young girls. Every time Mei was with her friends on screen, I couldn’t help but be reminded of my own group of friends. This was a first for me. I don’t believe I’ve ever seen an unabashed, boy band-obsessed friend group quite like Mei’s represented in film before.

Mei’s relationship with her mother is also done especially well. Ming only wants what is best for her daughter but in pursuing that, she can be domineering at times. Regardless of race or gender, many parent/child relationships look similar to Mei and Ming’s.

One of the biggest controversies of the film was a short scene that implies menstruation through the depiction of feminine hygiene products. Although the act is never explicitly mentioned, some viewers (mostly prude parents) were outraged at this depiction of a common bodily function in a Disney movie. For those that still haven’t made the connection, Mei turning into a red panda and attempting to navigate life with her changing body, at age thirteen no less, is a metaphor for puberty. Although more than a billion people around the world experience periods, menstruation is still heavily stigmatized. But this short mention of menstruation does not affect the quality of the film whatsoever.

It’s fair to say that much of the controversy surrounding the film is rooted in racism and misogyny. However, if someone does not have knowledge of where all the negative reviews are coming from, the amount of negative attention alone may be enough to deter them from watching the film all together. But the people upset with this movie are not who this movie was made for.

“Turning Red” has quickly become one of my favorite films of the year, and I hope that everyone gives it a chance. It was the first time I’ve watched a film and genuinely seen myself and my friends represented on screen. The female direction of this film shines through in the way it perfectly depicts young girls simply being young girls. I can only hope that more people will watch it, as it signifies a step in the right direction for proper female representation in film.

Click here to stream “Turning Red” on Disney Plus.