“Euphoria: Season 2” review: Everyone’s looking for a cause and effect 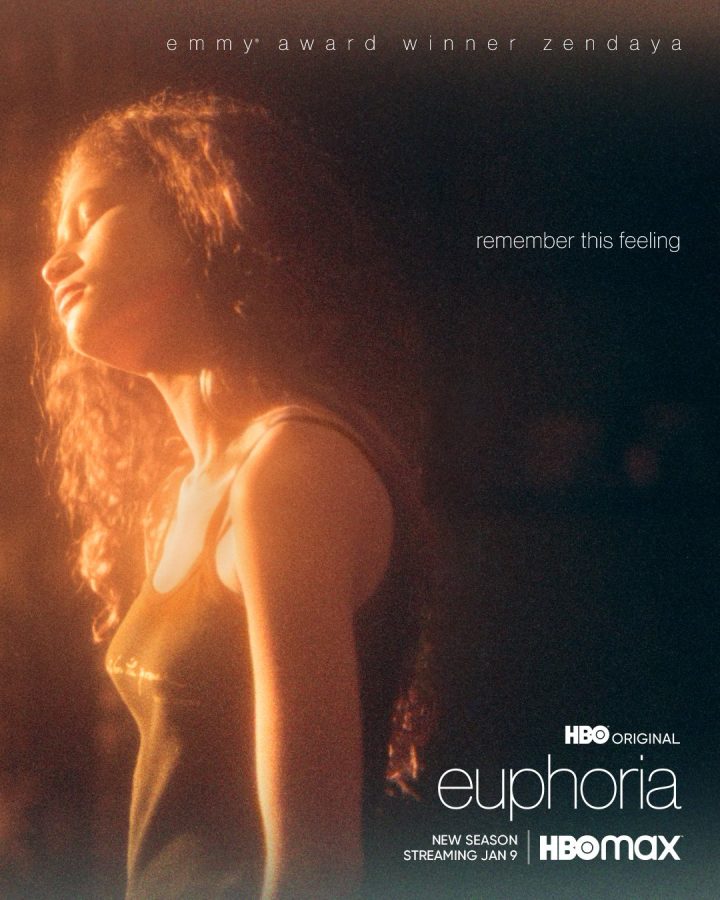 After its series premiere back in 2019, the second season of Sam Levinson’s American teen drama “Euphoria” was highly anticipated by audiences.

“Euphoria” is a series that both confronts and combats the struggles of youth-centered trauma, addiction, and identity from multiple lenses and point of views. Something to note, however, is that the show is solely narrated through the perspective of its main character, Rue (Zendaya). She is a seventeen-year-old drug-addicted teenager who struggles with copious amounts of codependency. In fact, Rue’s addiction stemmed from her father’s death (who was the person she held closest in life). She herself states in the first season that she is in fact “not the most reliable narrator,” allowing audiences to interpret her and other characters’ stories and experiences on their own accord.

Personally, I would say the first season was far more engaging than the second. Not only did Levinson leave several plot holes unaddressed, he also tainted some characters’ images, especially in the case of Cassie (Sydney Sweeney), and expressed blatant erasure for others, such as Kat (Barbie Ferreira) and McKay (Algee Smith). For example, what happened to Kat’s cam-girl fiasco and the mysterious “black screen guy” from season one? She goes from being a main character with an episode dedicated to her into a supporting role with a handful of lines. Also, although McKay leaves for college this season, why does Levinson choose to completely gloss over his life story and sexual assault experience from season one? These are just two of many inconsistencies I noted upon watching the second season.

Although partially known for its explicit content, this season seemed to be more hypersexualized than season one. For example, Cassie’s nudity was very prevalent, although Sweeney has since addressed this in an interview regarding her character’s nude scenes. It seems like a double standard that male characters were given prosthetic penises (according to Jacob Elordi in an interview) and female characters, specifically Cassie, were somewhat overly exploited.

I did, however, admire Levinson’s decision to illustrate and interpret Lexi (Maude Apatow)’s experience into the central storyline. Originally known as Cassie’s overlooked sister and Rue’s childhood best friend in the first season, Apatow is given the opportunity to bring Lexi to “center stage” this season (see what I did there?). Levinson also does this with Fezco (Angus Cloud), another of Rue’s childhood friends turned drug dealer with a burdensome upbringing. These two characters, as two wall-flowers with flawed family dynamics, build a slow-burn bond which audiences have grown to cherish and root for.

What I loved most about this season were the parallels between cinema, art, and pop culture. In particular, I loved seeing Rue and Jules’ strained but yearning relationship visually depicted with references to cinematic or real-life celebrity couples who have shared similar struggles. As an art and film enthusiast, it was interesting to point out which films and/or artworks were being referenced in the show. I also truly loved the costumes this season, along with each character’s aesthetic. I will say the characters’ style evolved from the first season to the second.

The show’s cinematography always knocks it out of the park. This season in particular was a complete game changer. I won’t go into detail to avoid any spoilers, but all I’ll say is that the seventh episode “The Theatre and Its Double” was a cinematic masterpiece in my humble opinion. I have never seen such detail and such intricacy in a television series before. Another thing that “Euphoria” knows how to do is compose a killer soundtrack. From iconic ‘80s ballads to alternative/indie gems (along with original music from Labrinth), season two’s soundtrack has the right music to match the moods that the show encompasses.

Overall, I enjoyed the second season of “Euphoria.” Although I would say the first was better, I’m still very much invested in the show’s storyline and am willing and eager to watch the next season.

Click here to stream the second season of “Euphoria” on HBO Max.