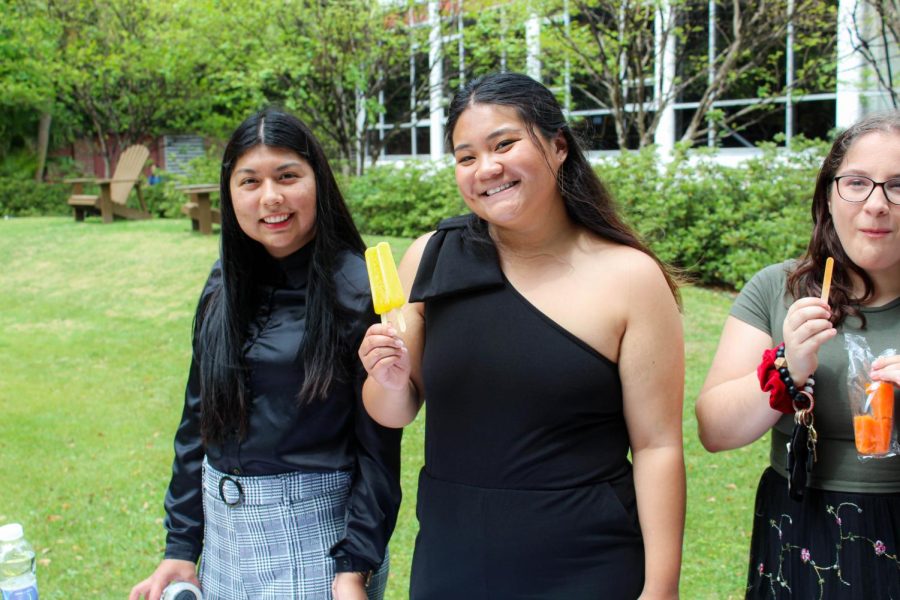 Vivana Alvarez (left) and Stephanie Oblena (right) pose for a photo during the SGA Meet and Greet on April 13 in the Peace Quad. Oblena and Alvarez won the presidential and vice presidential seats.

Oblena and Alvarez took home about 45% of the votes, beating out the Morrison/Sanders and Colson/Pitre tickets.

Election results were announced by Emma Trunkle, SGA commissioner of elections on the stairs of Marquette Hall at 5:00 on May 4, 2022.

This is a developing story, check back later for further coverage.