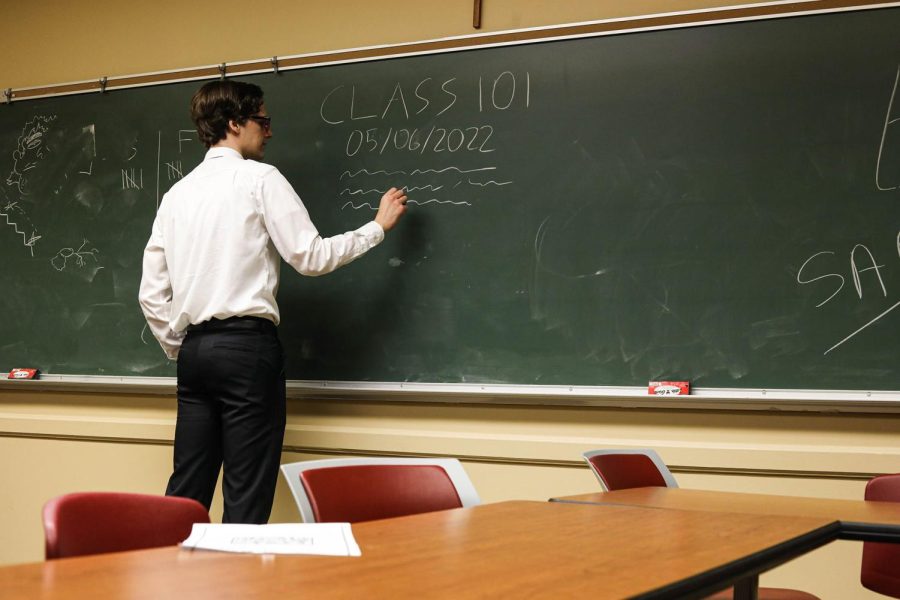 Students just aren’t showing up to class like they used to. But it’s not just a Loyola problem.
At universities across the country, professors are reporting that their students seem overwhelmed and fatigued. It doesn’t seem to just be because of the pandemic, either—all of these things seem to have gotten worse since last semester.
University wide, Loyola students are showing signs of worsening disconnection from their schoolwork. In a campus-wide email on March 9, Associate Provosts Erin Dupuis and Elizabeth Rainey said that they were concerned about low attendance rates and students not completing assignments.
One Loyola professor who is concerned is Math Professor Samar Sarmini, who said that attendance has fallen sharply in her college algebra class this semester. She said that she taught the same class with the same number of students both in the fall and now in the spring. In the fall, four of her 24 students missed class more than 20% of the time. This semester, 12 of the 24 have missed class more than 20% of the time.
She said that it is normal for attendance to be slightly lower in the spring than in the fall, but not by anything close to the drastic difference she is seeing this year.
Sarmini said she is worried about both her students’ academic success and their general well-being.
“When they miss classes, it becomes a cycle and they become more overwhelmed and more anxious about the topic that they’re working on, and it compounds the negative effects,” she said.
Sarmini said that she has tried to help students get back on track by offering opportunities to submit work late or make up missed assignments. She said that she has tried to reach out to students but often received no response.
“It’s really difficult when students don’t even respond to (professors) when we try to reach out,” she said, “If they don’t talk to us, we don’t know how to help.”
Photography professor David Grunfeld said that he thinks the drop-off in attendance may be related to the return to fully in-person classes.
“There’s been a lack of structure for two years,” he said. “And we were all trying to figure it out, and then all of a sudden, boom! There’s structure again.”
Grunfeld said that he estimates about three-quarters of his students show up to any given class. He said that he is sympathetic to students’ struggles with stressful situations outside of school but worries that they are doing themselves a disservice when they miss class.
“There are a lot of hard things going on right now, and I completely understand that,” he said. “But I think students have a responsibility not just to their professors or their classmates, but really to themselves to show up.”
English professor Leland Tabares said that he has been working constantly this semester to adjust and meet students where they are. He said that he has extended deadlines and accepted late work without penalty and is still trying to figure out how best to help his students.
He also said that for many professors, there are limits on how much they are able to change their classes to accommodate students. He noted that many professors are on fixed-term contracts, meaning that they are only guaranteed employment for a certain amount of time, typically a semester or an academic year. For those professors, he said, getting contracts renewed is largely dependent on the perceived effectiveness of their teaching.
This means that these professors are under pressure to maintain a normal class schedule and stick to their syllabuses, according to Tabares. He said that in this way, faculty fatigue, which Rainey and Dupuis said is a campus-wide phenomenon, is linked to student fatigue.
“I hope that we as professors can do more to help students, but I also hope that we as a university can have a broader conversation about how to see the connections among everyone’s fatigue,” Tabares said.