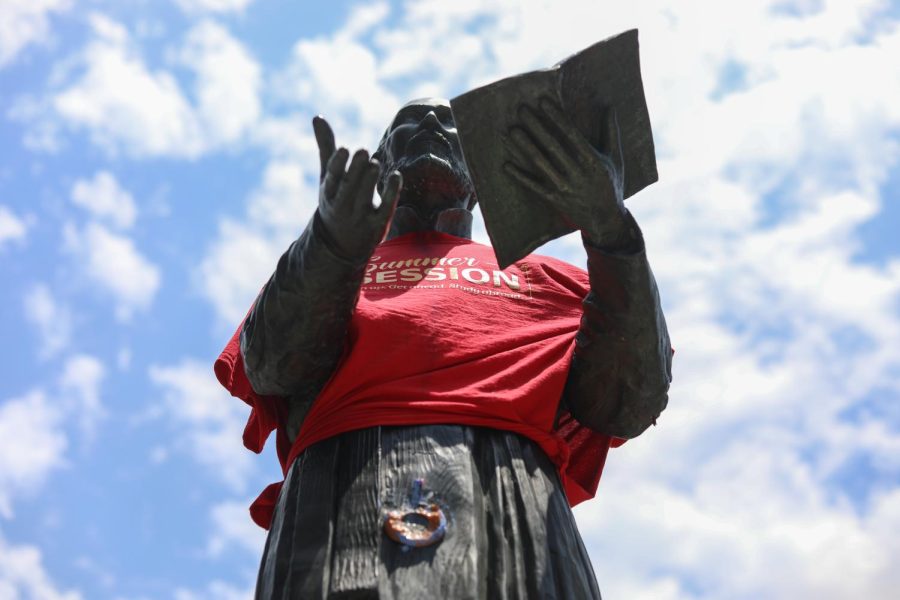 The statue of Saint Ignatius in the Peace Quad was discovered to be vandalized with a sticky blue silicon substance on his crotch on May 7. The investigation into this act of vandalism is still ongoing.

Loyola staff and students woke up today to protest messages spray painted on an academic building and traces of vandalism left on the St. Ignatius statue.

The messages “Loyola supports abusers”, “stop educating abusers”, “you support predators”, and “justice will be served” were spray painted in red on the concrete steps near St. Charles Avenue outside of the Communications/Music Complex.

A sticky, blue, rubbery substance was left on the crotch area of the Peace Quad’s St. Ignatius Statue when reporters and photographers from The Maroon arrived at the scene. The substance appeared to have been partially scraped off.

This is a developing story and will be updated as more information is released.