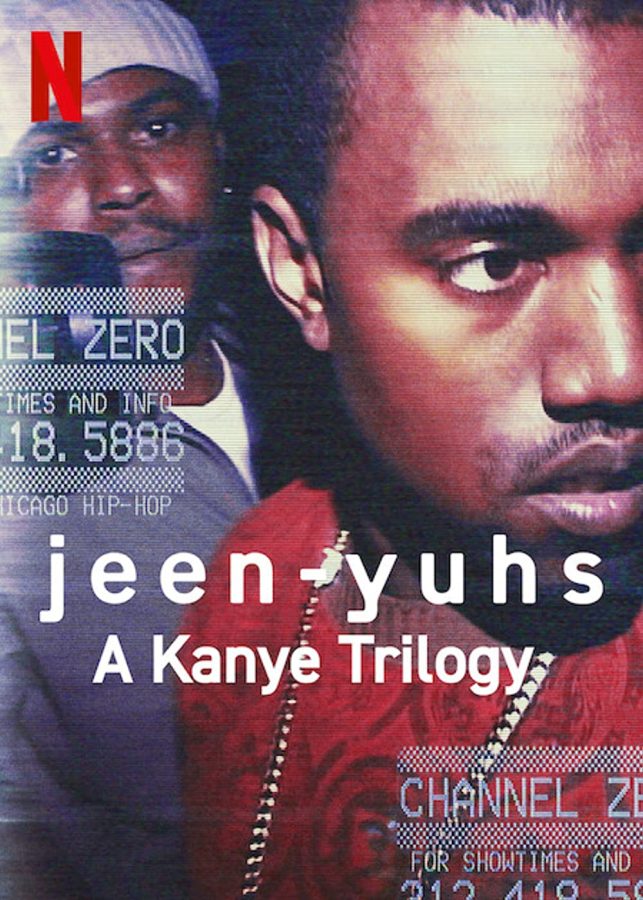 When I first found out about Netflix releasing “jeen-yuhs,” the latest documentary about Kanye West that first premiered at Sundance this year, you better believe I immediately set a reminder to watch it as soon as possible. I love Kanye. My family loves Kanye. To us, he was always someone who cared about Black people and wanted to support them. Hell, he literally said on live television in 2005 that then-President George Bush didn’t care about Black people. I mean, was he wrong? After all, look at how Bush handled Hurricane Katrina.

But let’s get real. In my opinion, Kanye isn’t the same Kanye, and of course, many people feel the same way. He openly supported former President Donald Trump, who is super problematic in many ways I will not even discuss. Kanye has also said slavery was a choice. That’s a very big transition in opinions. I was super interested to see how this huge transition happened within his ideals. What in his life caused him to become what some would refer to as a menace to society? Or even a “coon”? Or someone who just lost himself?

The story of “jeen-yuhs” is told through the eyes of Clarence Ivy Simmons, Jr., also known as Coodie. At the time he was an up and coming comedian and also host of the popular show “Channel Zero.” The documentary starts one night in 1998 in Chicago, where Coodie was interviewing music artists at Jermaine Dupri’s birthday party. Lo and behold, there is 21-year-old Kanye, then a well-known beat producer in the hip-hop industry.

Immediately, my jaw dropped. I had never seen this footage of young Kanye before (well specifically because I was born in 2001, lol). He had a heavy Chicago accent, wore super baggy clothes, and definitely smiled more. Kanye was a funny guy, who would take out his retainer everywhere.

Coodie caught several fascinating moments in West’s life. An example is during the time when Kanye was trying to convince Jay-Z and his record label Roc-A-Fella Records that he was more than just a producer who makes beats. It was honestly inspiring seeing Kanye know his value and never letting people depreciate it.

In one scene, Coodie follows Kanye as he goes from office to office inside Roc-A-Fella’s headquarters, getting people to listen to a snippet of “It All Falls Down.” Everyone ignored him. Can you believe that? Coodie caught the moment where Kanye had his head hanging low in embarrassment. The footage was so up close and personal that you can see his disappointment and desperation.

Coodie also captured the gravity of what Kanye’s mother, Donda West, meant to him and how much he valued her presence and opinion. It’s also insane to me how much confidence you have to allow someone to record your entire life, all betting on the fact that you’re going to be successful. That’s beautiful, and that made me want to have that same faith in myself.

Having Kanye’s story being told through Coodie’s eyes was a nice touch because it was definitely not something I was expecting. Coodie set up the movie by making the audience connect with him as a narrator. He talks about his own daughter, his own parents, and his own ambitions as well. It made me care about him and it made me trust his judgment when it came to observing Kanye.

One of many issues that I have with this documentary is that the farther along you are in the film, the more distant you feel from Kanye. It becomes evident that West changes immensely after his mother’s death, but this is something we already knew as people who have followed him throughout his career.

In addition, I would have liked to see the same up close and personal perspective of Kanye that we were getting from the very beginning of the film, but I do not think this was possible because Coodie no longer had access to this perspective. After Kanye’s mom died, Coodie did not see him for six years. He grew apart from Kanye and was watching from the outside just like the rest of us.
Another aspect of the documentary that really pissed me off was how Kanye’s nearly seven-year marriage to Kim Kardashian, or his relationship with the Kardashian family, was not featured at all. I found “jeen-yuhs” lacking in this regard because in any other biography, you would talk about how ALL factors affected him, and I thought the omission of this particular episode stands out, and not in a good way. It just does not make sense that a documentary that has taken 20 years to film did not include important aspects like this.

For all its flaws, “jeen-yuhs” ended on a sad note. It was great to see how Kanye started out, and how he had a go-getter personality and unique swag. He may have grown into a musical icon who seemed to be untouchable and caused many cultural resets within music and fashion, but you realize in the end he is still just a human being.

Coodie and Kanye finally reconnect after several years by the end of the film and we start to see up close and personal footage again. Kanye just seemed lost. He just was not the same Kanye he was at the beginning of the film. I understand that life happens and people change based on what’s happening around them or to them but this was an eerie change. It just seems as though Kanye is now without guidance.

There are scenes where Kanye is talking with groups of people who just seem like yes men who are just happy to be in a room with someone of his stature. The biography ends on a note of uncertainty. It kind of just feels like: what now? And is Kanye going to be okay? I honestly feel like this could have been released a year or two later than this year. This documentary is missing a lot of information that could have really elevated this film.