“Tu Me Manques” review: A theatrical tale of truth and perception 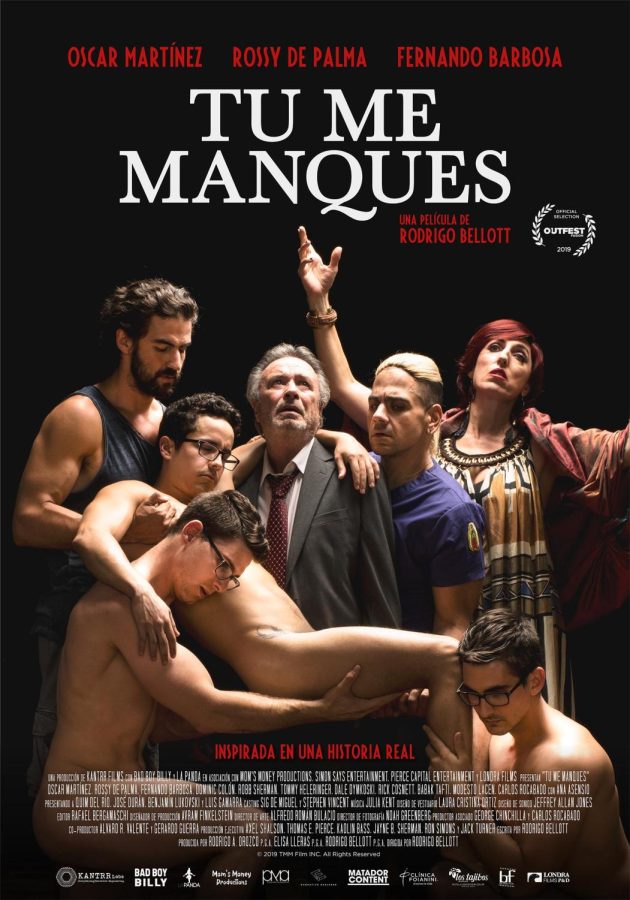 Tu Me Manques (I Miss You) directed by Rodrigo “Rigo” Bellott proves to be a beautiful depiction of love and struggle in Latin American culture. The film was recently acquired by HBO Max for US distribution.

A 2019 Drama, based on a Bolivian play under the same name made in 2015, is about a father who travels to New York City in order to confront his dead son’s boyfriend in an attempt to connect with him after his son’s abrupt suicide.

Tu Me Manques (I Miss You) was a Grand Jury Award winner in 2019 from the Outfest L.A. Film Festival for Outstanding Screenwriting in a U.S Feature and won best foreign language film at Palm Springs International Film Festival in 2020.

The film shows a beautiful, theatrical tale of truth and perception. The project maintains an illusive perspective through its interpretation of Gabriel before his death and telling their story by meeting Sebastian and utilizing only three different actors across the entirety of the film. Originally portrayed by 20 to 30 actors in the play, the character of Gabriel was meant to remain faceless by its multiple interpretations so his memory would be more than just a singular story, one that more people could relate to.

The main meat-and-potatoes of the film takes hold between the dynamic of Sebastian (Gabriel’s former lover) and Jorge (Gabriel’s father). Jorge, as I said, travels to New York after his son’s death in search for answers.

The film tackles three different plots: the arrival of Jorge in New York as he tries to connect with his son, Sebastian’s memories of Gabriel and the lead up to Gabriel’s  trip to Miami, which he never returned from, and Sebastian trying to set up a play based on the events of his loved one’s past and trying to show the sorrow those who live a double-life have to face.

Gabriel’s character represents the struggle of those who are pressed by social and cultural norms and suffering silently which is the case for millions of closeted LGBTQ people in conservative countries.

The film’s  use of old-school theatrical formatting highlights Bolivian arts and culture through creating a nuanced presentation of its timeline, which  manages to stay consistent.

Tu Me Manques (I Miss You) puts its audience in the choked-corner, forced to think of our perceptions of ourselves and those in our lives. Ultimately, the movie shows the beauty of intimacy, the interpretation of what it means to be a man, and the importance of being open to love in our lives and in our hearts.

The historical and cultural importance of a Latin American film discussing LGBTQ life and representation makes it a must-watch, yet this movie manages to do more than just tell a story. It makes you actually feel for the characters on screen and give them life outside of their actors. Though at times the experimental nature of the film and its forced art-house take away the importance of the plot, the film still manages to remain one of the best Latin American movies of the decade. It is definitely a must watch for contemporary Latin American films, a clear 8/10.

“Tu Me Manques” (I Miss You) is now available on HBO Max.