Swim team excited for first season back at school 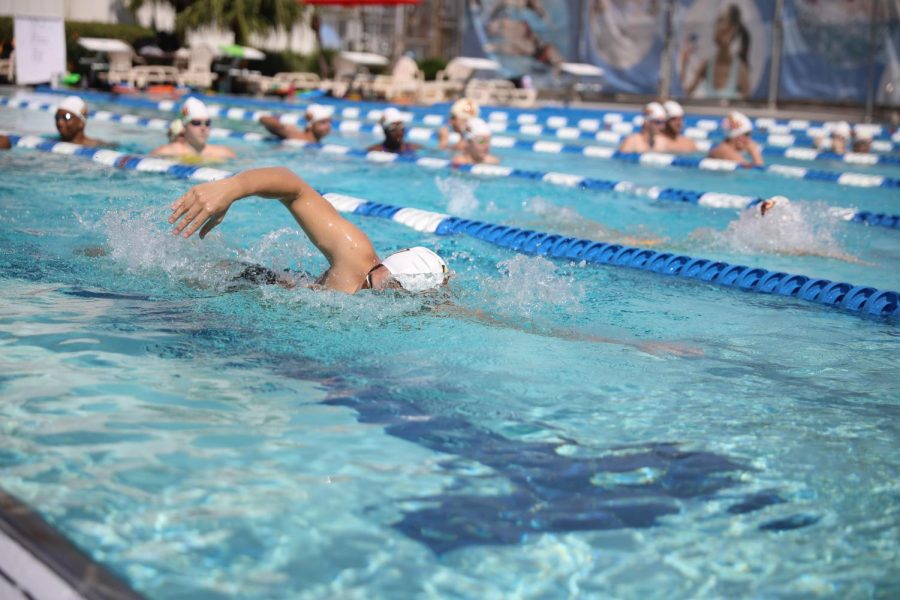 Loyola’s swimming and dive team is about to kick off its season. As the team looks to the future, things are looking up for this season. Due to last year’s Hurricane Ida, barring the beginning of the season, the swim team did not have a pool of their own.

The team instead practiced at Elmwood Fitness Center, according to Loyola’s swim coach TJ Natal.

“We had people leaving practice early every day trying to get back to campus for classes,” he said.

Despite these setbacks, the team persevered and scored with top four finishes at midseason conferences, Natal said.

But as Loyola’s pool is now ready to use again, senior women’s captain Jamie Abernathy, is excited for the home meets to be on campus. Only the seniors on the team have gotten to use the pool so far. Abernathy said she enjoys getting the team “hyped up” during home meets with the renovated pool.

Overall, Loyola’s swimming program is looking ahead to a prosperous season, with the return of home meets and added depth by the incoming freshmen.